NES Remix 2 reads like the second chapter in a very engaging history lesson.

The first NES Remix was a pleasant surprise late last year. Like it's predecessor, NES Remix 2 features bite-sized challenges and "remixed" stages from beloved games of the NES era. It provides both a heady nostalgia trip and a practical introduction for how to actually play those classics. The formula that worked so well last time is unchanged — but NES Remix 2 has an even stronger lineup.

It gave me an excuse go back to old favorites. And it taught me even more about classic game design in the process.

As in the previous game, NES Remix 2 features a number of much-loved older titles — classics such as Super Mario Bros. 2, Super Mario Bros. 3, Kirby's Adventure, Punch-Out and Dr. Mario. A number of stages are devoted to each game, breaking down their mechanics and features into a series of short challenges. I enjoyed learning (in most cases, re-learning) how these older games worked, and always felt as if I was making progress. 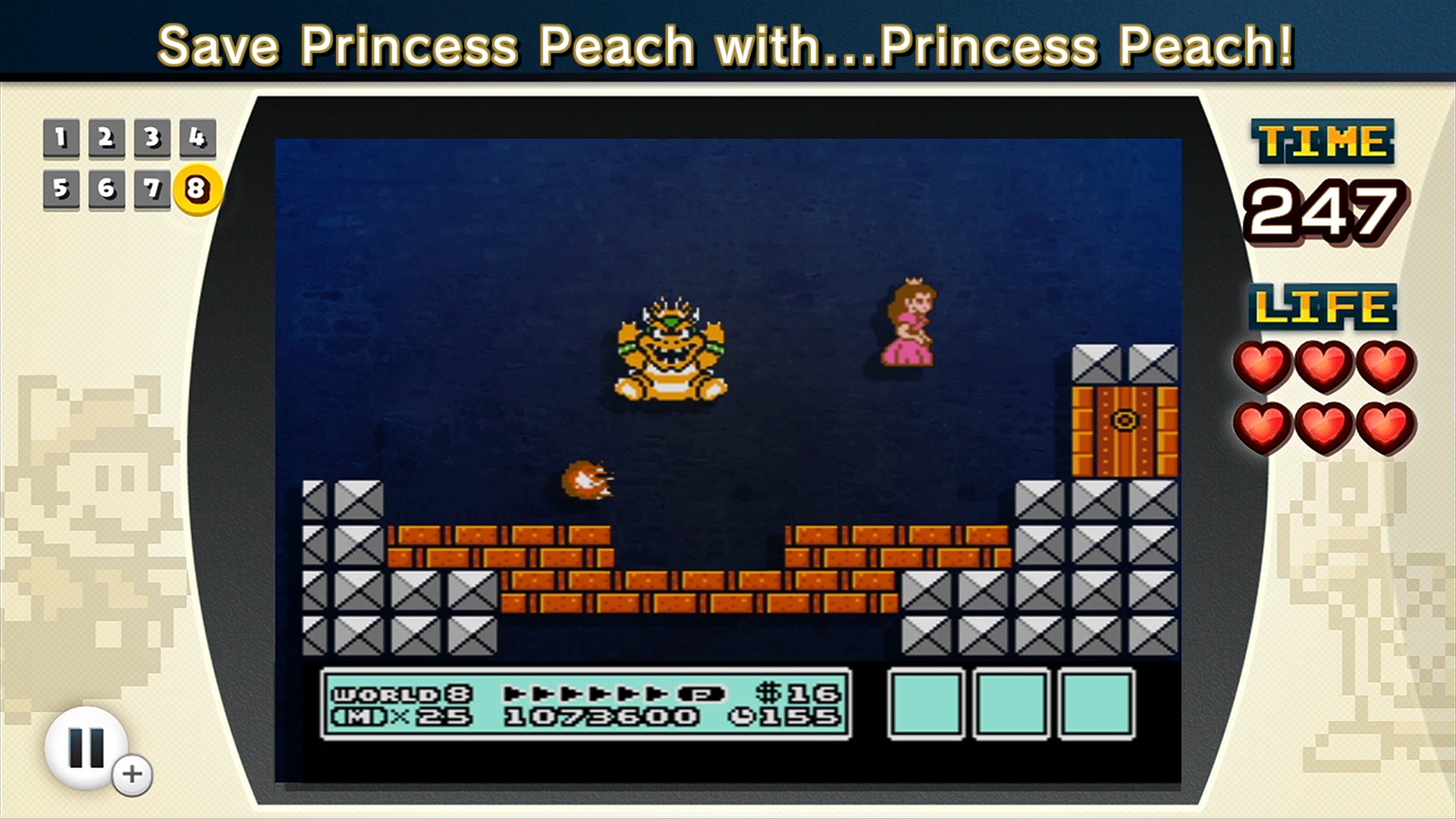 Everything starts nice and slow — basic movement and core mechanics are introduced, then more complex strategies. After a few stages, I was faced with increasingly difficult challenges that tested my skills. In Super Mario Bros. 3, I started with baby steps, learning to run, collect coins and dodge enemies. By the end of that game's challenges, I was ready to defeat Bowser without getting hit — while wearing the frog suit. The approach is effective — I felt like my infinitely more skilled 8-year-old self by the end of my time with NES Remix 2.

I was happy to have those old-school instincts back, too, since NES Remix 2's selection of games is better than in the first Remix. As fun as Excitebike and Donkey Kong are, not everything held up as well under the Remix microscope. There's no filler in NES Remix 2, and even the games that have aged less gracefully — like Kid Icarus — are well-presented, with levels that keep the action short and focused.

For the most part, the selection favors games that play well today. This was my first experience with the original Metroid, for example. I immediately fell in love with the game, almost 30 years after its release, with no direct nostalgia to color my perception. These are great games, presented playfully and intelligently.

I fell in love with Metroid, with no nostalgia to color my perception

The individual games are all worth playing in their pure forms, but the remix stages provide the creative spark that makes NES Remix 2 so appealing. These anything-goes chunks of gameplay meld together pieces from one or more games with a unique spin or gimmick. I had to tackle a Super Mario Bros. 3 stage using the jumping prowess of Princess Peach from Super Mario Bros. 2. I had to defeat viruses in Dr. Mario while the color flickered in and out of the picture. I had to kill a room full of Zelda 2 Octorocks with Toad. 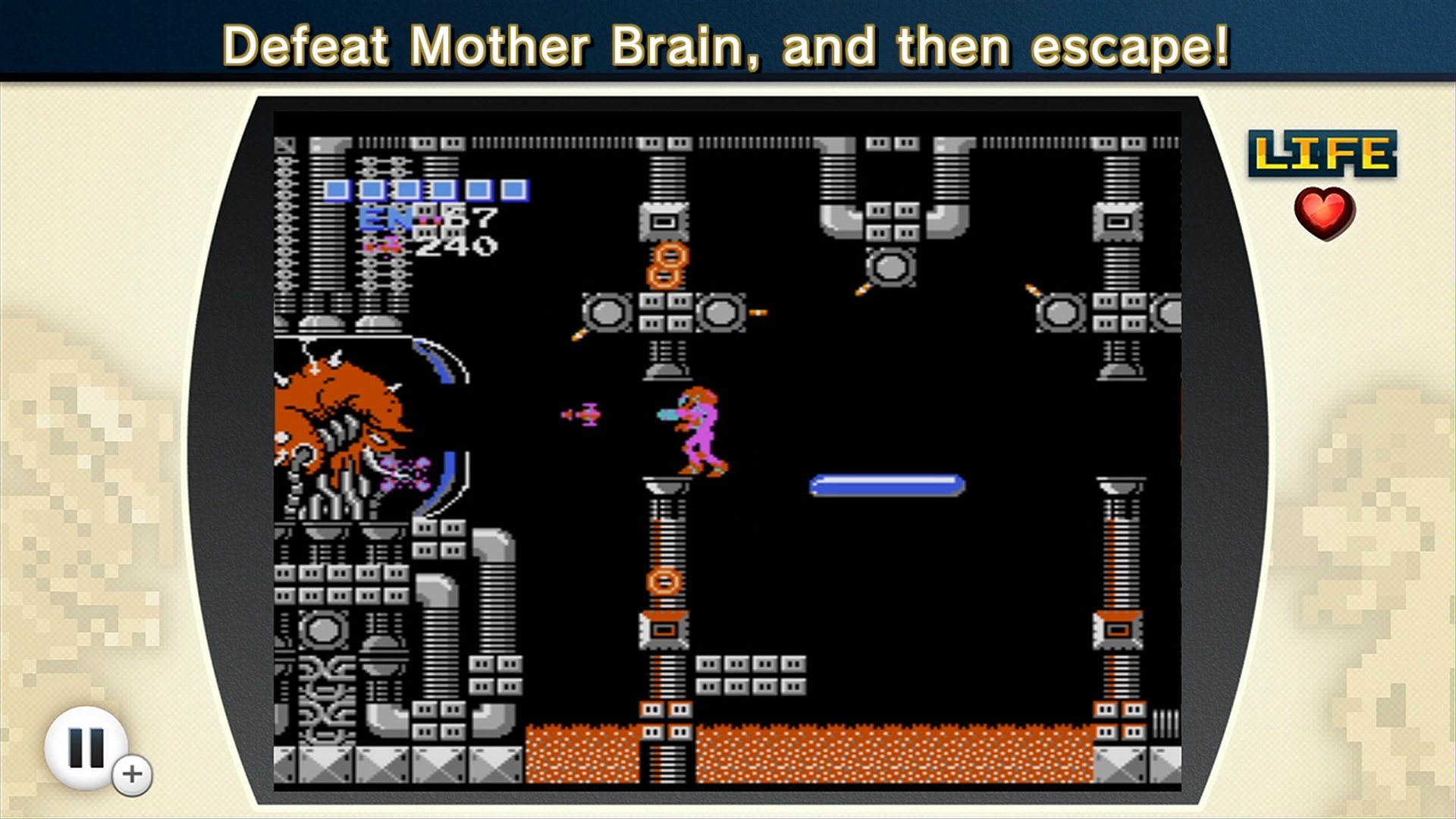 As with the first game, the remix stages were my favorite part of NES Remix 2. I constantly looked forward to seeing what Nintendo's designers were going to throw at me next. As haphazard as some of these stages seem at first glance, they all make a certain kind of mischievous sense. Every game that NES Remix 2 draws from is a sprite-based 2D game with motion and spatial awareness at its core — and they mix together surprisingly well.

Each element pulled from these NES classics was intricately designed in its original form, and I was amazed by how flexible they remain for bending into new kinds of gameplay. The designers get creative with the building blocks of these older games, and the results were a joy to play.

This is the secret strength of the NES Remix games. They're entertaining, yes, but they also feel like vital lessons in the history of game design. These classics endure because they were made so well — every element, every mechanic, every last brick and block was designed and placed with intent. When these elements are rearranged with the same sense of purpose — and an added dash of levity — that magic is recreated all over again.

NES Remix 2 is an improvement on a winning formula. It revived my love for a number of classics, and showed me precisely how and why they worked so well. There's life and depth to these titles, and that shines particularly well when they're so artfully and cleverly jumbled together.

About Polygon's Reviews
8 Wii U