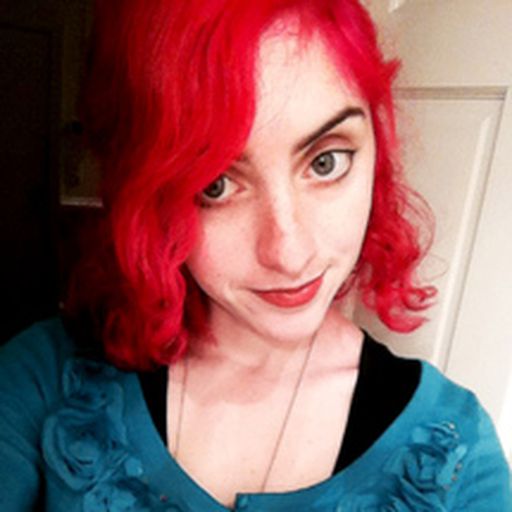 I was 11 years old when I rushed to Suncoast Video to use up all of my allowance renting Final Fantasy 10. I had watched the trailer online at home, and it stole my heart before I could even lay my hands on it — the characters Yuna and Tidus, their neon-blue swords and glowing runes — it was my dream game.

My most vivid memory of playing it is watching the cutscene when Yuna and Tidus finally kiss, floating in each other's arms through a seemingly endless, shimmering lake. I was sitting alone on the floor in front of the TV, entirely speechless.

I'm pretty sure my body temperature went up at least 20 degrees. I'd seen it before — people kissing and having sex — on television and in the movies. I'd seen it in the soap operas my mom would watch, from my hiding spot behind the couch in the living room; I'd never encountered anything that intimate in a video game. "I'm so dead if my mom catches me watching this," I thought to myself.

And yet, I couldn't turn the PlayStation 2 off — I had to see the rest. My heart was beating fast — I imagined what it must have been like to be Yuna, floating through the water, holding Tidus' hand and lying on his chest. I was 11, so that was just about the sexiest thing I'd ever seen, and I didn't stop thinking about it for days.

Love and sex are often in our games, whether we mean for them to be or not. Go talk to players, especially kids, about what games mean to them, and what's important to them in the games that they love. All it takes is a Google search to see the sheer number of kids pouring out their hearts on the internet about their favorite video game romances, both real and fake. I remember reading erotic Ash/Misty fan fiction in middle school — there's an amazing amount of this on the internet, courtesy of many teenage fans projecting their wildest fantasies onto video game characters.

Myself and Emmett Butler, Deckman Coss and Jonathan Kittakka released How Do You Do It, a game about a little girl trying to unravel the secrets of this mysterious "sex" by smashing her naked dolls in a confused mess of plastic limbs. I recently received an email from a Boston Globe reader, expressing her disdain at my attempt to depict sexuality as a part of childhood in the game.

It doesn't matter if you think sex doesn't belong in games, because sex is one of those basic human drives that manifests itself in our lives and in our art, whether by our own volition or in the minds of our players. Barbie dolls were not necessarily meant to be used as objects of sexual experimentation — but that didn't stop me when I was 10 years old. Instead of ignoring sex in games, especially in games that are marketed to younger people, we should think about what we are saying already, and what we could be saying if we were more thoughtful.

Think about games like Grand Theft Auto and God of War — what are these games saying about sex? Are they being thoughtful about it, or are they using it as an ornament, or a feature? What are these games saying to all the 15-year-olds playing them, especially when they encounter the portions that involve sex? Do these young people deserve a more thoughtful representation of the topic? These are all important questions that we need to ask ourselves in order to engage in a more open dialogue about how sex is represented in games. However, I also want to offer some advice about how to be more thoughtful about sex in games as we move forward.

Practical thoughts on sex in games

One approach to being thoughtful about sex in games is to reflect on your own life experience, and how your sexuality has shaped you as a person. I would like to emphasize that the mechanic and narrative potential for sex in games is infinite, because everyone's experience of sexuality and sex is different and unique.

If you want to tap into this rich design space, or if you are just trying to think about how sex is meaningful in the games you play, I have one piece of advice: Be thoughtful about how sex functions as a part of our culture in both the personal and the greater cultural context. That's how I came up with the idea for How Do You Do It. 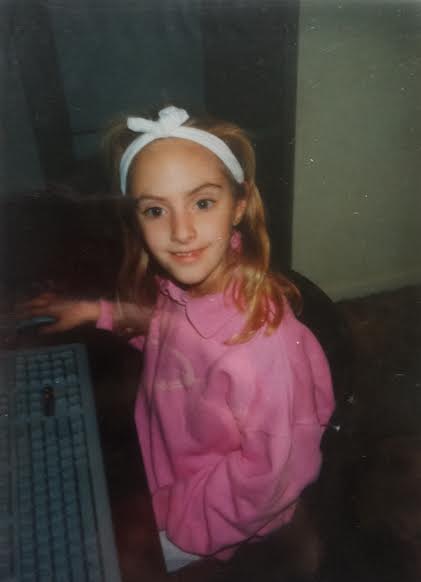 When I was a kid, around 10 years old — or maybe even younger! — I was playing House with my dolls. I had a Ken doll and a Barbie doll, and we would perform the heteronormative rituals I saw on TV — my dolls would meet on a beach, take a long romantic trip to Paris, and then come back and get married. However, Mom wasn't always home to watch me playing House, so sometimes I'd sneak under the bed and play an alternative story, which basically amounted to exactly what you experience when you play How Do You Do It.

We wanted to bring this memory to life because the act of mashing two dolls together to do make-believe sex was such a physical, visceral memory. The dolls clacking together and falling limp in the little girl's hands — there's a sense of urgency to the playfulness of this childhood experience, but also a physical awkwardness.

This reminded us of QWOP, so we chose to emulate her nervous mashing by designing the game's mechanic around the physical experience of earnest uncertainty. So, not only was the memory interesting as a game mechanic, it also prompted us to reflect on our own experiences as people growing up in a society where talking about children's sexuality is taboo. We wanted to think about the child whose parents decide not to explain the birds and the bees, and how that might affect her, and how she might try to educate herself.

We can learn a lot about ourselves and about our culture if we reflect on the ways in which we, as children, attempted to explore our own sexuality. Many people of all genders and backgrounds have reached out to me to tell me that they too mashed their dolls together to "do sex" as a kid. These people that shared their own stories with me after playing this game proved to me that designing games about sex is important, because it can elicit positive, thoughtful conversations about ourselves and our culture.

These players also proved to me that it's useful to draw from our own personal experiences when designing thoughtful games about sex, especially when tackling children's sexuality, because often players will see a little bit of themselves in the game. We don't need to be parents or preschool teachers or whatever to know what it's like to be a kid — we have all been children, and the wonderful thing is that our experiences are all so different. We need to become better at digging into these memories, because they are so special, and so full of new kinds of play.

We can learn a lot about ourselves and about our culture if we reflect on the ways in which we, as children, attempted to explore our own sexuality.

Our culture may tell us that it's inappropriate or perverted to talk about sexuality and kids, but how can we ignore something that's so important and so diverse? Aren't we failing children, and ourselves, by ignoring the reality that sex is all around us, in our media and in our daily lives?

I urge you to write down the story of your own sexuality, and how you learned about sex. Think about the games, the stories, the movies, the toys, the people that taught you about it. What is there about your own personal experience that can help enrich the way our society thinks about sex? How can we use play to help people engage in a positive conversation about childhood and sexuality? These are important questions to ask ourselves as game designers and consumers, especially if we are trying to engage with sex as a part of the medium.

I see sex as a deep and largely unexplored space in games that has the potential to enrich the medium and culture in a profound way, and the sexuality of young people is a part of that. This is especially important to think about now, when more people than ever, especially kids and teenagers, are consuming games.

By marginalizing sex in games, we are failing to take take the medium seriously. We are failing to allow games, and the culture of games, the room to breathe and to mature. We can and should make games about sex, whether those games are about our childhoods or our adult lives. We should also have more open discussions about how sex fits into our culture and medium, and how we can build a safe and more productive space. Sex is important, and it deserves thoughtful, meaningful treatment in our games.

Nina Freeman is a programmer, a game designer and a real-life mahou shoujo. She's interested in gender, sexuality and narrative in games. You can find her on Twitter at @hentaiphd.