Why Transformers Universe is a MOBA without eSports ambitions

Share All sharing options for: Why Transformers Universe is a MOBA without eSports ambitions

Transformers Universe might share more in common with the multiplayer online battle arena genre than it does massively multiplayer online games, but Jagex CCO Alex Horton tells us the team is actually creating an unconventional type of MOBA game: One with no eSports ambitions whatsoever.

Since first announcing Transformers Universe in 2011, Jagex transformed the game itself from an MMO and into a MOBA after deciding its initial ideas for an online world didn't mesh with the Transformers brand.

Horton, a former animator for the Grand Theft Auto series, described the design change as confirmation that the Transformers franchise should be about action and war, and not the MMO staples of "carrying gold, baking bread." 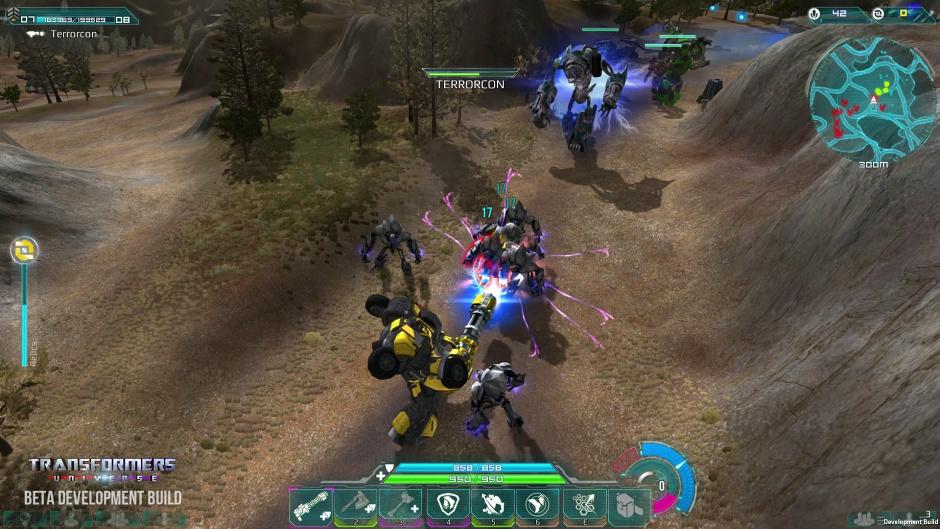 "Much of the original concept remains but our approach to the game has changed," he tells us. "As we reveal more of the game it will be apparent that it's not a MOBA in the conventional sense, but we are a two faction combat game and we decided to focus on that rather than quests and raids. These features are not off the table but they're not where our focus is right now.

"While the MOBA genre is currently led by the likes of League of Legends and DotA 2, these aren't the games that Jagex looked to for inspiration. Horton tells us how the design team wanted to bring MMO-style combat to a faction-based game; however, he says, "we didn't really look at the MOBA games for inspiration, we ended up here through the design process.

"Theres been periods of experimenting with the ‘laned' maps and that almost board game feeling of a MOBA map, but it's not where we are currently as we have much more dynamic gameplay where things move faster and the pace is all together different from the main MoBA games. We like World of Tanks, we like Team Fortress 2, I like Skylanders and it was definitely influential when it comes to the switching of characters, in-session, and the use of different characters for different roles. LoL was used a lot as a reference particularly for members of the team who needed to be made aware that there was more to the world than shooters and MMORPGs." 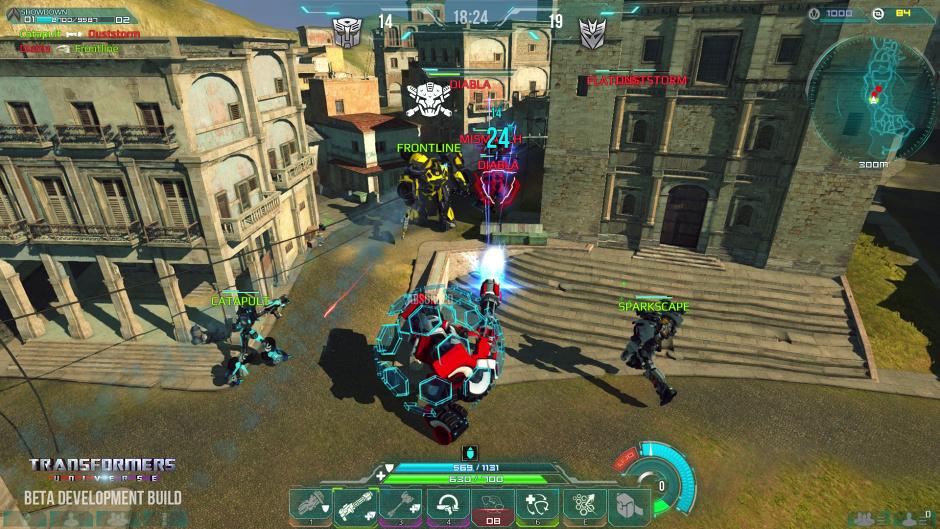 A number of members on the team are fans of LoL, he tells us, but they're not planning on trying to compete with its developer Riot Games.

In part, that's to do with decisions made early on in the design process. The game stands out from the current roster of MOBA games by running directly from an Internet browser and won't require specific software installation. Transformers Universe will also feature a narrative that runs concurrently with every battle. Players will fight on the side of either the Autobots or the Decepticons, upgrading weapons and abilities of the Jagex-designed Transformers. Each time a faction wins a battle, they will progress to the next part of the faction-specific storyline.

The studio is also very consciously setting the scene for an atypical MOBA audience. While many MOBA developers have embraced the professional gaming scene, Jagex has no aspirations to join the ranks of other eSports endorsing developers. When asked if the development team plans to push Transformers Universe into this professional gamer realm, Horton tells us "I don't think that's likely." 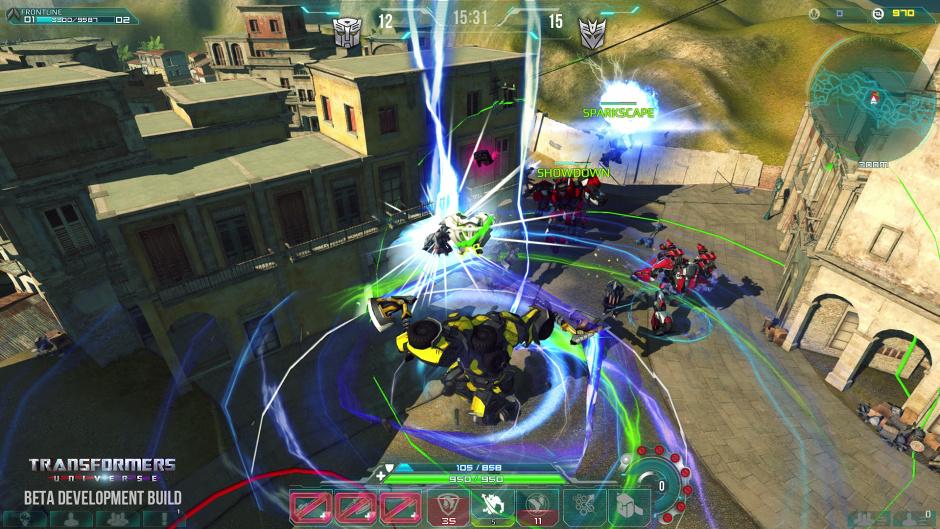 "If people like our game and start taking it that seriously then we'll go where ever our players want to go," he continued; However, Transformers Universe was not designed with the intention to bring the game to this scene, he says. "The eSports games that are around now are obviously designed with that in mind."

No release date has been offered for Transformers Universe as of yet. A beta was recently teased last month and is said to be approaching soon.