Amazon's Fire TV plays games, but it's no console contender, at least not yet

Share All sharing options for: Amazon's Fire TV plays games, but it's no console contender, at least not yet

Amazon's Fire TV is a bold step into the hardware business by a company defined by its ability to deliver content to customers quickly and efficiently. The diminutive device streams movies, music, pictures and even video games to a television.

But it's not a device designed by the company to go up against video game consoles, which can do much of the same.

Where the PlayStation 4, Wii U and Xbox One all have the ability to stream media to a TV, they are gaming devices first. Not so for the Fire TV, Amazon officials tell Polygon. The Fire TV is a streaming media device with its sights set clearly on other similar products like Apple TV, Google's Chromecast or Roku, they said.

Video games are, as Amazon vice president Peter Larson said during the event, a "bonus."

"On top of the core video experience we've added a bunch of things we think customers will love, including games," an Amazon spokesperson told Polygon when asked how integral gaming is to Fire TV. "These are great games at surprisingly low prices and packed into a tiny, but powerful box."

That doesn't mean that Amazon is completely disinterested in video games either.

The company has been quietly hiring over game development talent for more than a year. In the past two months alone, Amazon Game Studios brought on Portal designer Kim Swift and Splinter Cell designer Clint Hocking, both big names in the game industry.

Mike Frazzini, director of Amazon Games, announced a new game from their internal studio during the Fire TV's unveiling and showed off a video that was meant to highlight future games the studio will be releasing. But the company declined to discuss future plans for the growing studio other than to say that everyone it has been hiring is joining Amazon Game Studios. 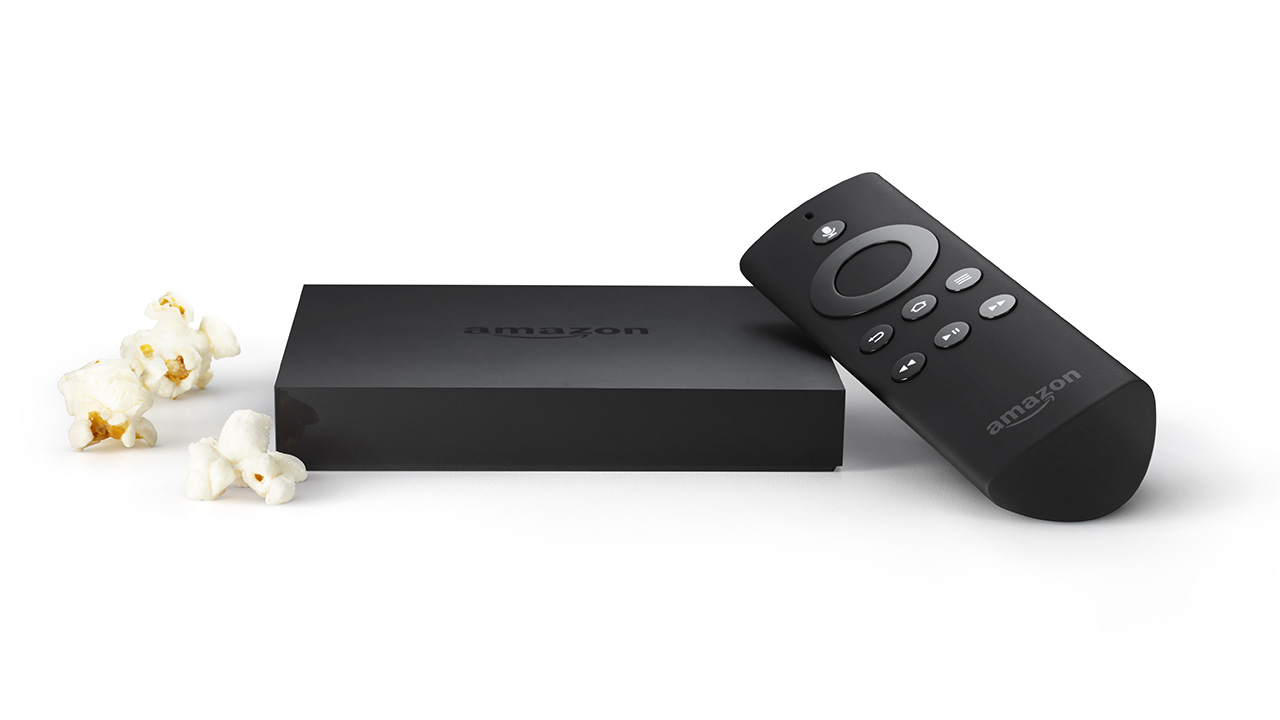 Amazon gets into the gaming business

A spokesman did point out that the studio started by making new titles for Amazon's tablet, the Kindle Fire. The studio was announced in the summer of 2012 along with its first game, a Facebook title called Living Classics. Months later, the studio released its first mobile game, Air Patriots. Its first Fire TV title is Sev Zero, a strategy third-person shooter with multiplayer components.

While the spokesperson declined to discuss future plans for Amazon Game Studios or whether the Fire TV, which currently supports Android-based games, will expand its offerings, they did say that their device will support the streaming of games to Fire TV.

"Developers can choose to use AppStream to build streaming apps/games for Fire TV," the spokesperson said.

This could mean that Fire TV could eventually get much grander, AAA games to a customer's television.

Another big possibility would be including games in Amazon's ever-growing Prime subscription. The paid service offers members free two-day shipping on eligible items as well as some instant videos and access to Kindle's lending library.

When asked if Amazon might one day include free games in the service, the spokesperson said, "This is day one for this product. We'll continue to add features over time."

Amazon's Fire TV isn't the only device trying, at least in part, to tap into the micro-console business of bringing mobile games to the television. A number of devices have tried to break into that market over the past year. The most notable was the Ouya, a small cube that attached to your television and delivered Android-based games.

Now nearly a year since its retail launch, the company still hasn't released any official sales numbers and reception of the device has been mixed at best. But Amazon officials say that Ouya's inability to crack the market doesn't worry them. 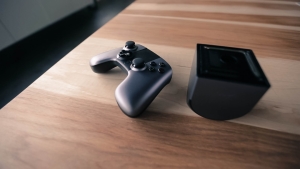 "This is a different kind of device," the spokesperson said. "It includes music, TV, movies, voice search, Free Time, as well as a great selection of games — all at an incredible price."

"The Fire TV is exactly what we expected it to be," she told Polygon. "The focus is on video content, gaming is an afterthought. For us gaming is the focus of our device, we don't consider it to be an added bonus."

That said, Uhrman added that there are a lot of similarities between the Ouya and the Fire TV. Both are relatively powerful, small devices that connect to your television and can play games from the Android operating system. And both sell for $99, though the Ouya comes with a controller while Fire TV customers either have to use the remote to play games or spend an extra $39.99 for a controller.

"There are definitely similarities between our two offerings," Uhrman said. "The difference for Ouya is we believe the reason for our device is to bring games to the living room. We believe in growing the community."

Uhrman added that she views the Fire TV as good news, not competition.

"I think we will see more content coming to the television because of this. It opens the TV to more developers and more creators."

Uhrman said she could even see the Ouya one day showing up on Fire TV as an app. Last month, Uhrman announced that the company plans to start bringing the gaming platform to other devices.

"We don't consider it to be an added bonus."

While the Fire TV isn't meant to be a gaming console replacement, an Amazon spokesperson said it is a device for gamers.

"We have a great selection of games for customers to play as well as a few different ways to play — the Fire TV remote, the Fire game controller and the Fire TV app that's coming out next month. We think customers will enjoy playing games on Fire TV."

Ultimately, Uhrman said, news that Amazon is, even tangentially, getting into the gaming business, is affirming.

"This news isn't surprising, it's validating," she said. "We said two years ago that the TV is the most powerful device in our lives and that historically gaming on TV was a closed proposition.

"I think it's great validation that gamers want different types of content on their TV."