A lot of Final Fantasy fans will praise the fourth game or the sixth — that one's my personal favorite. Others will talk about falling in love with Final Fantasy 7, the PlayStation debut where the franchise really exploded. But not enough people acknowledge Final Fantasy X, the first PlayStation 2 release in the series and one of its most energetic and imaginative entries.

With Final Fantasy X/X-2 HD Remaster, Square Enix is giving this franchise turning point another chance for the spotlight. The titular HD update is just a footnote, though — the real stars of this package are the games themselves and the huge amount of bonus content Square Enix has included with them. 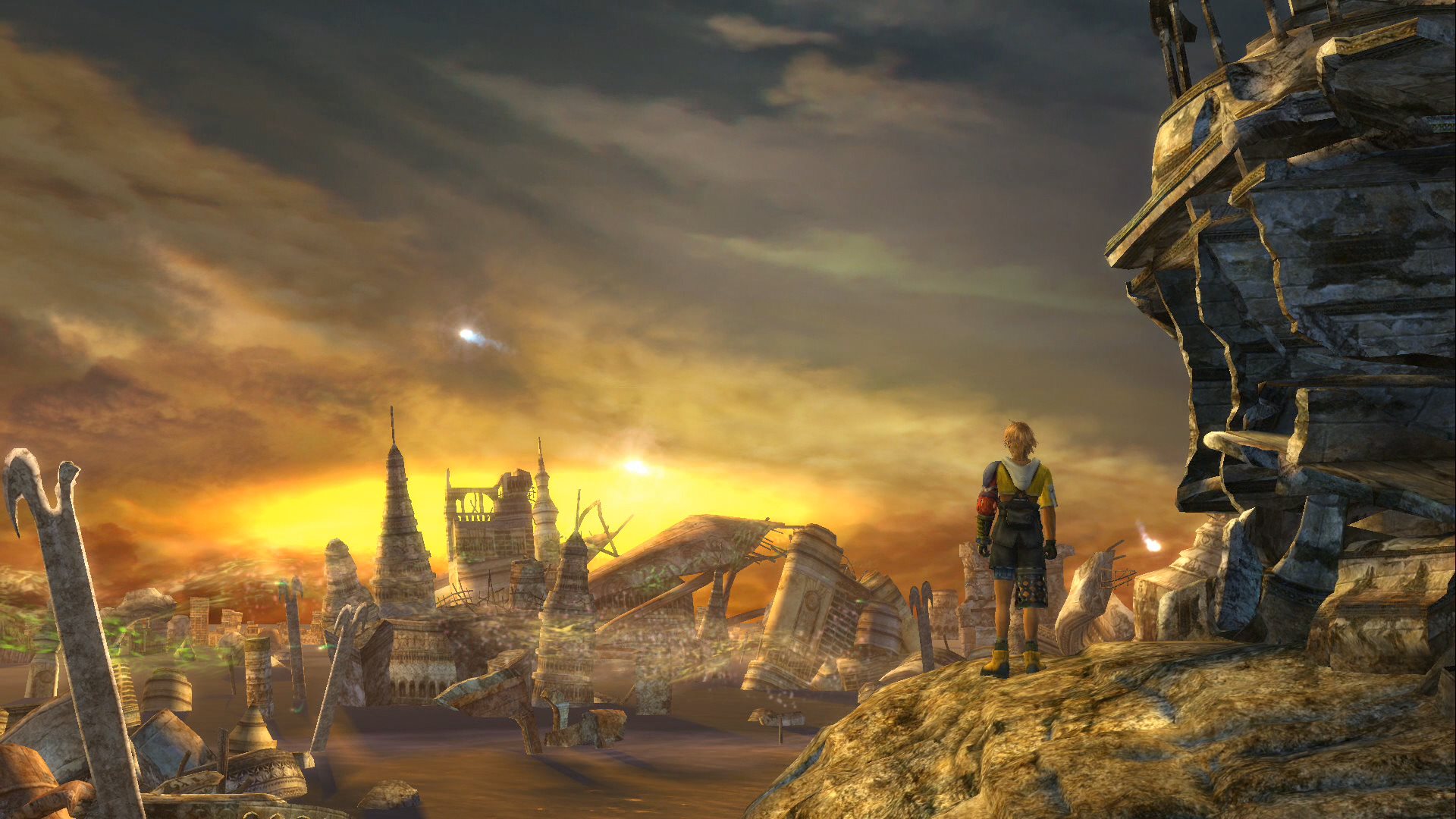 While Final Fantasy X/X-2 HD Remaster is available on the PlayStation Vita in addition to the PlayStation 3, it has a few shortcomings on the handheld worth noting. First, the physical Vita version of the HD Remaster actually only includes Final Fantasy X on the cart; a download voucher is included for X-2, but you'll need to make sure you have space on your Vita memory card.

Final Fantasy X/X-2 HD Remaster is not technically a cross-buy game — that is, there's no way to get both the PlayStation 3 and PlayStation Vita versions with a single purchase — but if you happen to own it on both systems, you can use cross-save functionality. I was able to jump between playing on PS3 and Vita and continue my progress with no problems.

The Vita versions of Final Fantasy X and X-2 look great and load areas just as quickly as on PS3, but I did encounter occasional moments of framerate slow-down. These aren't enough to derail the experience — especially in Final Fantasy X's turn-based battles — but the PS3 version has a slight edge.

Final Fantasy X's opening scenes introduce Tidus, a pro player of a fantasy underwater sport called blitzball. Tidus' cushy celebrity life is interrupted when his home city is attacked by a giant monster who devours him, at which point he wakes up to find himself on the other side of the planet and 1,000 years in the future. Before long, Tidus is pulled into a pilgrimage across the continent with Yuna, a summoner who intends to defeat Sin — the very monster that destroyed Tidus' home.

Final Fantasy X's moment-to-moment character writing and voice acting can be...well, awkward would be an understatement. This was Square Enix's first fully voiced game, and it features some notoriously silly scenes.

While that awkwardness is sure to put off some players, I was astounded at how well Final Fantasy X overcomes it even today. It takes elements that would ruin characters in a weaker game — Tidus' whininess, Rikku's childish stubbornness, Wakka's, uh, racism — and turns them into satisfying arcs, somehow making every character endearing in their own right by the end. Yuna is especially impressive in this respect, growing from a humble, soft-spoken religious advocate into a powerful character who asserts herself to enemies and party members alike.

The character growth holds everything together, but the setting and overall plot movements deserve their share of the praise as well. Final Fantasy X's unique world of Spira held my attention as I explored each new area. It has a visual aesthetic, culture and history that sets it apart from average fantasy role-playing fare. And while many of the game's plot twists are easy to see coming, they still play out in exciting and surprising ways, right up to an ending that made me misty-eyed the first time I saw it. 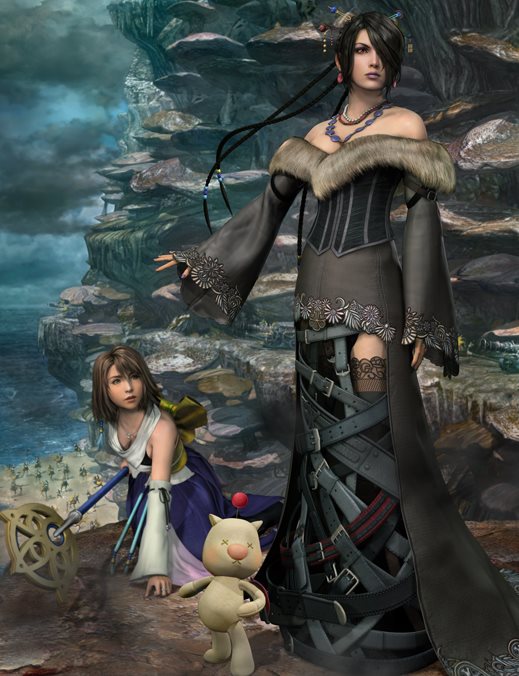 The journey through Spira is a dangerous one, but Final Fantasy X's fantastic battle mechanics make it easy to stomach. This is the first Final Fantasy game since 1990 to go fully turn-based rather than the "active time battle" system the series had popularized. But the switch to turn-based doesn't make it slow or old-school in any sense. Final Fantasy X's heroes carry out commands quickly, with purpose. The game gives you as much time as you need to plan out attacks, but once they're planned, it doesn't waste time on slow swings or tedious animations — lengthy, powerful summon spells aside.

Final Fantasy X also provides a lot of room for strategizing within battles. You can only have three characters facing an enemy at once, but where most RPGs will only let you swap party members outside of battle, here you can switch active characters with the tap of a button during combat as many times as you want.

Need to crack the shell of a heavily armored beast? Call in heavy hitter Auron. In desperate need of healing? Pull Yuna in for a couple of rounds to cast Cura. This freedom allowed for an invigorating amount of experimentation during tough boss fights and rewarded me for developing and learning how to use every character in the roster instead of just falling back on a handful of favorites. 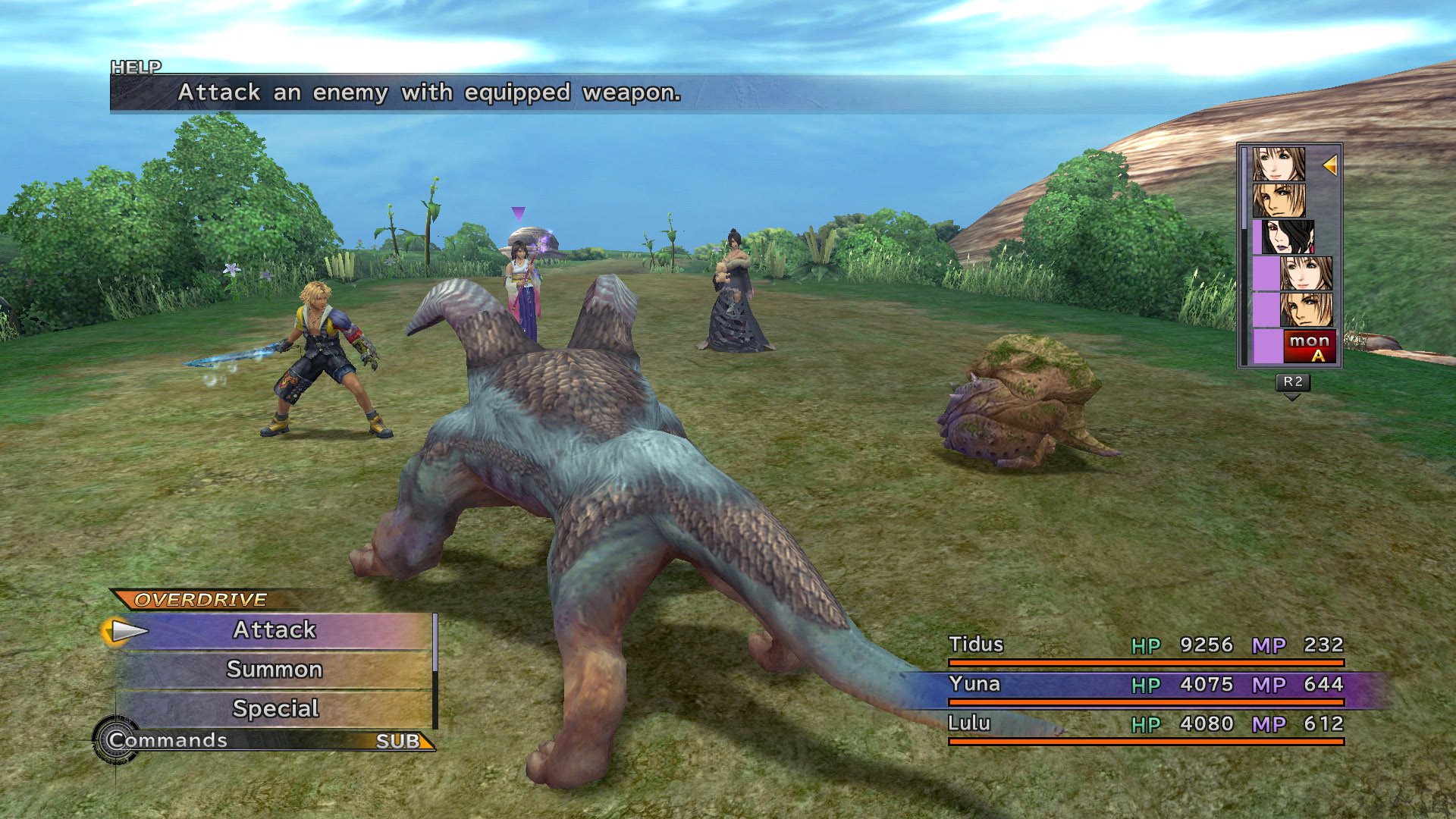 It's been over 10 years since Final Fantasy X-2's release, but Square Enix might not be done with this world yet. One of the new pieces of content included in Final Fantasy X/X-2 HD Remaster is an audio drama that plays over the game's credits. Though Square Enix has been coy about assuring that this isn't evidence that a third Final Fantasy X game is in the works, the events in the drama strongly hint at a possible continuation to Yuna's adventures. If this rerelease sells well, returning to Spira would be a no-brainer. 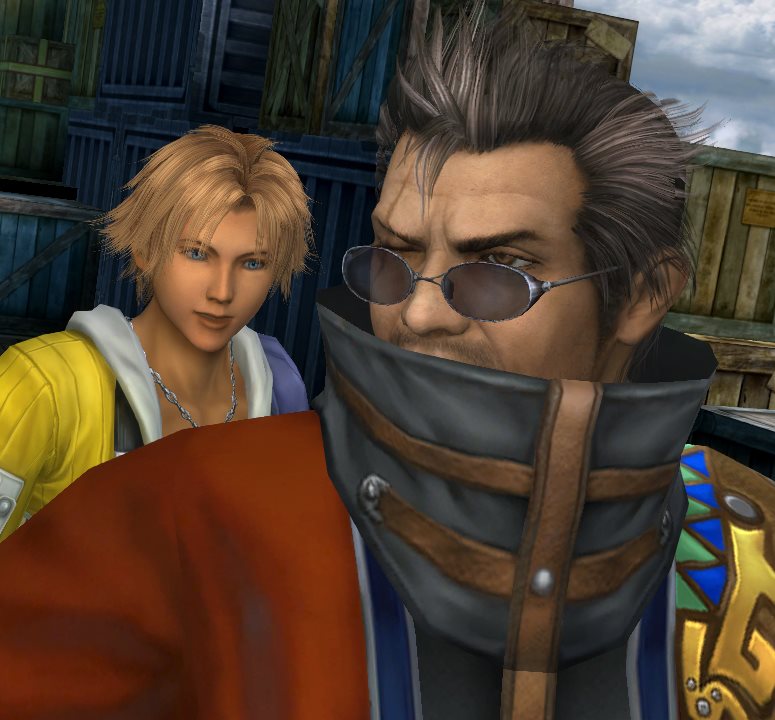 Of course, every character can also become exactly what you want them to be thanks to the brilliant "sphere grid" system. Instead of traditional RPG leveling, Final Fantasy X has a grid that all of the characters exist on — sort of like a giant board game. As you gain ability points from defeating monsters, you can move characters around on the grid, using spheres to unlock stat boosts and abilities as you go. While each character begins on a recognizable set path — Lulu as a mage, Yuna as a healer, Rikku as a thief — you can eventually break from that destiny, whether to branch out for a few random abilities or to train into a completely new role.

The sphere grid system has been criticized for how alike characters can become. If you grind and do a lot of side content, every character can eventually learn every ability and end up with similar stats. This can be disappointing if you're one of the truly hardcore players who's going to max out everyone, but for everyone else, Final Fantasy X's elegant character progression ensures that each character ends up feeling powerful and useful with minimal need for grinding out levels.

If Final Fantasy X is an impressively tight experience, then X-2 is a sloppier but even more vibrant follow-up. Without spoiling the events of X, in X-2 Yuna steps up as the main protagonist, and she brings a much faster-paced battle system with her. You only get three main party members here, but now you can change classes mid-battle using a "dress sphere" system.

Most of Spira is open from the start of Final Fantasy X-2, and rather than exploring it inch by inch, Yuna and her team go on missions to different areas. It re-uses some assets, but I was drawn in by the chance to see how the various people and places of this world had changed in the years since the events of the first game.

The general tone of this sequel is a lot more light-hearted and tongue-in-cheek than Final Fantasy X. It's an odd change of pace that's sure to put off some players. Personally, though, I couldn't help but have fun with it, and I was impressed by Square Enix's willingness to take a chance on something very different.

both games in this collection show their age quite plainly

If you've never played Final Fantasy X or its sequel, you're going to have to get past more than that strange tonal shift to enjoy them. Despite being advertised as an "HD remaster," both games in this collection show their age quite plainly. The bump in resolution means they are certainly sharper than they were on the PlayStation 2, but they also have all the signs of early games from that era: gawky, repetitive animation, low-detail textures, and a lack of lip-syncing technology that leaves characters' mouths bouncing long after they've stopped talking. These problems don't take away from the many things Final Fantasy X does so well, but they were distracting enough that I stopped to laugh at how goofy everyone looked from time to time.

While Square Enix didn't put much effort into making Final Fantasy X and X-2 prettier, it has done a commendable job of pulling together almost every piece of content related to the two games that a hardcore fan could hope for. Most notably, HD Remaster includes the "international" versions of both games — neither of which were released in North America previously. These include new bosses, classes and generally hours of extra content.

All of the care put into Final Fantasy X/X-2 HD Remaster as a historical compilation wouldn't matter if the core games included weren't so excellent to begin with. As a "remastered" version of a visually and technologically dated game, Square Enix could have gone a lot further. But as a collection of all the parts of the Final Fantasy X saga â including a lot of content that has never been released in North America previously â it delivers an experience that comfortably sits with the best of the genre, even if it doesn't quite look the part.