What started as a Dead Island mod made by a three-person team is now a standalone, fantasy slasher called Hellraid.

Down in the Southwest end of Poland, five hours by train from Warsaw, lies Wroclaw. It's one of the oldest, most beautifully medieval cities in Europe, saved by its remoteness, from the devastation of World War II. It is now a part of Poland's growing economy. There's a castle covered in vines across the street from my hotel, a Radisson. The castle abuts the parking lot.I'm in Wroclaw to play Hellraid. 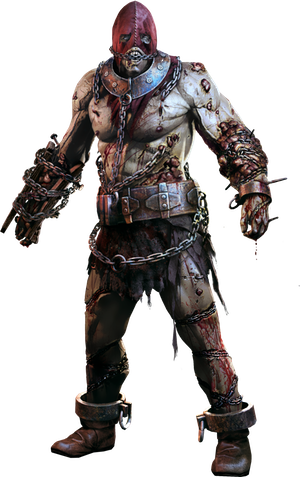 You would never have heard of Hellraid developer Techland if it wasn't for the surprise zombie hit Dead Island, but it's been around as a video game company of one sort or another for almost 25 years. Dead Island, published by Deep Silver, was its first breakout hit. And Hellraid, the forthcoming fantasy-horror "first person slasher," is what it hopes to be its next.

"If you want to make something scary, you need to find out about people's fears."

The story goes like this: Some time after the release of Dead Island, a three-person team at Techland was monkeying around with the Dead Island "Chrome 5" engine, trying to make a medieval slasher mod. A year later: Boom, Hellraid.

"We started the project with three people — a programmer, myself, and one graphic designer who changed the [Dead Island] textures," says Marcin Kruczkiewicz, Producer on Hellraid. "We were trying to make the first demon. Then our bosses said, 'Hey, that's kind of cool tech. Have one more month."

That one month turned into another year, and the mod became a standalone game. The original three-person team has now blossomed to almost 30, working out of a rented office space a short walk and over the train tracks from the main office. I'm walking there with Techland's international PR rep, Bozena Rudyk when we pass a pedestrian tunnel that runs under the tracks. We don't go in. I ask why and I get a look: a wrinkled nose and a shake of the head.

"You've seen it elsewhere," she says. "You don't need to see it here."

I'm not swayed. I like tunnels, even if they smell bad. I start to go in, but this time I'm warned more forcefully. This tunnel, I am assured, is nothing. If I want tunnels, they'll show me tunnels.

"In the art team they have a saying that if you want to make something scary, you need to find out about people's fears," Kruczkiewicz tells me.

So I visit the art team. 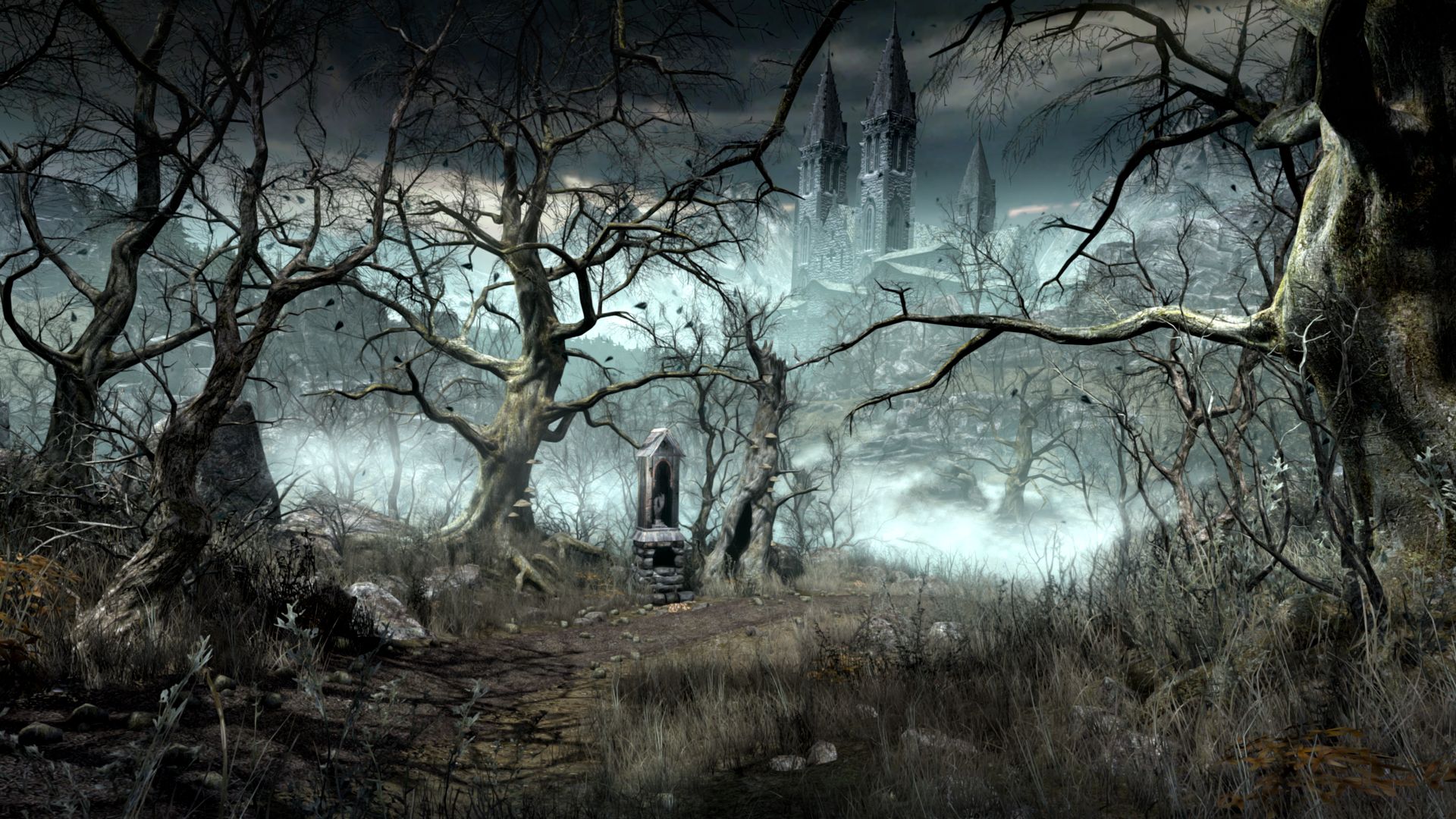 "We organize trips to real crypts."

That's Konrad Czernik, Lead Concept Artist for Hellraid. We're sitting in the middle of the room where Hellraid's artists work. It's a warm, spring day in Wroclaw. The windows are open. The sounds and smells of springtime in central Europe are all around us, and inside, closer, is the hum and bustle of a dozen or so graphic artists and the whirr of as many PCs. The walls are littered with concept sketches of castles, towers, arms and armor. A few Batman drawings.

"There are so many old ruined places. You can just go. Nobody's out there. You could go under the ground and never come up."

"In Europe, in Poland, we have a lot of places like this to see in real life and feel the spirit of the place, the smells, the structure of the walls, the humidity, everything about it," says Czernik. "We went a few times to the museum to see the real objects, to touch things, to feel how they are. ... There are so many old ruined places. You can just go. Nobody's out there. You could go under the ground and never come up."

When Hellraid got the green light to go bigger than a Dead Island mod, Techland wanted to do it right. Which for Techland meant avoiding what Czernik calls "disco fantasy." More adult, less silly. But still somewhat fantastical. So Czernik and his team got to work. They studied the medieval history all around them and artists like Bruegel and Bosch. The result is a game that looks and feels like Diablo meets Gauntlet meets Doom. And it's a hell of a lot of fun.

Hellraid is developed as a single-player experience, but you can also play 2-4 person co-op. In the story mode you'll explore the world of mostly crypts and dungeon areas. It is a world inhabited by demons that you, as a main character Techland will reveal later, must destroy for reasons that will also be announced later. You can also play the game in Mission mode, to get better at specific levels, or in Arena mode, which puts you and your 1-3 friends into a variety of survival-style challenge maps to slay wave after wave of the fantasy undead. 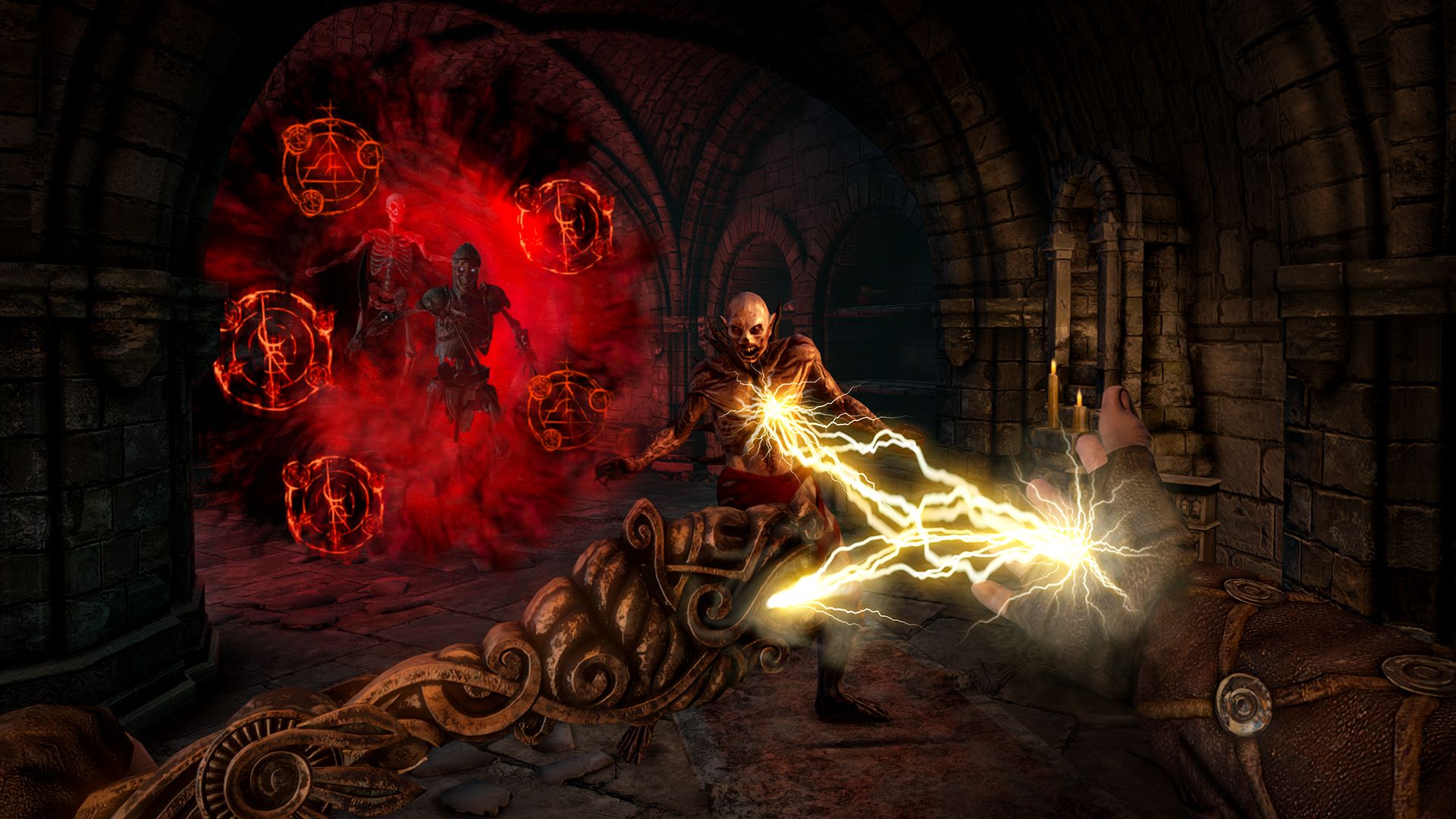 About the story, Kruczkiewicz says only this:

The vision of people who are attracted to magic makes them shift away from religion. It's like a neverending situation, where there's a struggle between religion and knowledge, religion and magic. The wisdom and the beliefs. So in our world, the religion is pushed back from people's minds and hearts. This makes our world vulnerable to demonic attacks, because people stop believing in the devil and in evil, which doesn't mean it doesn't exist. The balance between two worlds—Our world is protected by our beliefs and by our religions. When that barrier weakens, demons can attack.Techland calls Hellraid a slasher for a good reason: you'll do a lot of that. The combat moves are designed around actual fencing techniques, and they look and feel pretty great. You'll find gobs of weapons lying around, or in the hands of recently living dead things, so finding a new, funner thing to slash (or bash — there are maces) with is more or less a never-ending roller coaster, if that's your thing. There are also crossbows and throwable weapons. Also, also: staves.

One such, a staff that shoots a bolt of lightning, may get nerfed in the final game. As of right now a head shot to almost anything causes whatever the head is attached to to fall away, instantly dead again. I spend about 10 minutes running around in the demo level popping the heads off skeletons before Hellraid's producer kindly asks me to do something else. There are also staves that shoot chain lightning, flames, fireballs and more. But the staves take mana, which you have to replenish with a potion or let recharge over time. 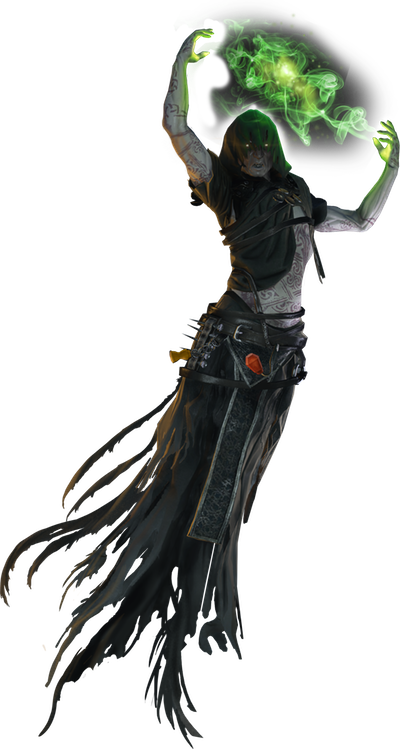 Shields, armor and customizable characters round out the gear offerings, and the combined array presents a formidable inventory management challenge. You can slot weapons and items into quick slots to cycle through on the fly, but even after a short demo session I was loaded up with so much stuff keeping track of it all was a bit of a challenge. You will be able to sell off or trade items in-game, with other players, or sell them off to a merchant between dungeons.

"We also have a kind of lobby, where you can meet the main quest giver, and you have a blacksmith who can buy stuff from you, all this stuff that you carried during the missions," says Kruczkiewicz. "He can sell you unique weapons that are ridiculously prized, so you have some motivation to earn money to buy them. And you'll be able to craft weapons with the blacksmith. Sometimes it's good to look for regular stuff that might fit the requirements in some magic scroll to craft a weapon that's powerful later."

I don't get to see that. What I do see is a deep dungeon with some twists and turns. I get lost a few times, which is OK, because the cavernous space is dreadful and dark and creepy and fun. Skeletons chatter around, and they're ghoulish. I'm startled a few times. I enjoy beating them to death. There are tougher enemies, some with bows and arrows, some with magic. At one point I'm surrounded by chattering skeletons, slashing at me with the swords and bashing me with their shields. A quick dash maneuver and a jump and I'm climbing over the skeletons, using them as a ladder, then I'm behind them where I can pop off their heads with my lightning staff, one-by-one.

It never stops being a good time. I'm hoping that the story, whenever Techland is willing to talk more about it, will be worthy of the experience.

Hellraid will be hitting Steam Early Access in Fall of 2014, with a planned release date some time in 2015. You'll be able to buy it for PC, Xbox One and Playstation 4.