Marvel's merry band of super heroes and villains will be joining the Disney Infinity universe this fall with the release of the 2.0 Edition of the video game, Disney Interactive president Jimmy Pitaro announced during an event in Los Angeles today.

Characters from the Avengers, including Hawkeye, Hulk, Black Widow, Captain America, Iron Man and Thor were featured in videos of Disney Infinity: Marvel Super Heroes, as were several Marvel villains, including Loki and MODOK. Characters from Marvel's upcoming film, Guardians of the Galaxy, like Rocket Raccoon and Groot, also appeared in the announcement video.

Disney Interactive tapped Brian Michael Bendis, longtime Marvel Comics artist and writer, to write the story for Disney Infinity: Marvel Super Heroes and to ensure that the game has the look, feel and "taste" of Marvel's heroes and villains. 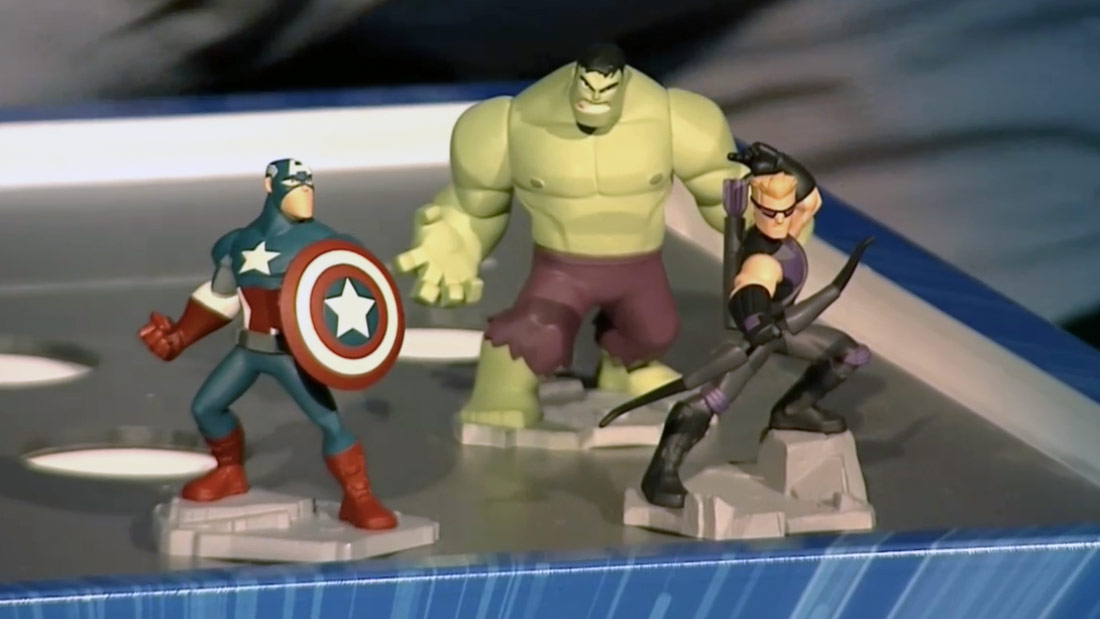 John Blackburn, vice president and general manager of Disney Infinity, and John Vignocchi, executive producer, confirmed that all content from the original version of Disney Infinity will carry over to the 2.0 Edition. All toys, play sets, power discs and Toy Box levels will be supported, they said.

Flying in 2.0 will introduce hovering and forward flight, and players will be able to engage in combat in both modes. Characters will also be able to perform super jumps, Vignocchi said, and climb up the sides of buildings. The 2.0 Edition will also raise the level cap for characters and expand upgrading and customization with a skill tree-style interface. 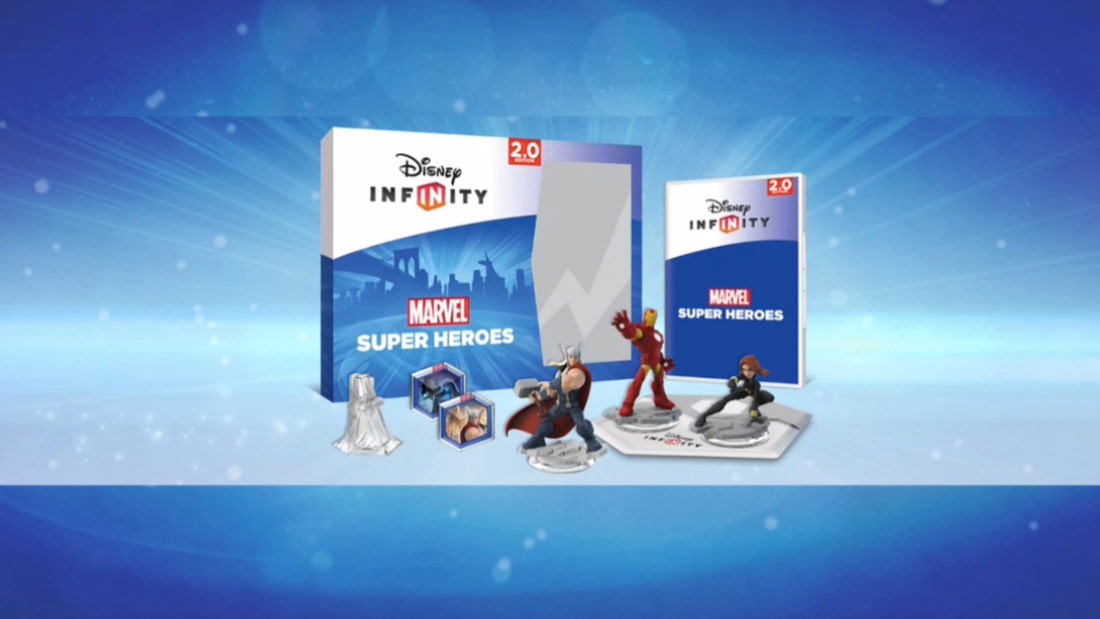 The pair also confirmed the platforms for Disney Infinity 2.0, which is coming to iOS, PC, PlayStation 3, Wii U and Xbox 360. The game will also be available for PlayStation 4 and Xbox One on "day one," Disney confirmed.

The Toy Box in Disney Infinity 2.0 Edition, where players can build and edit custom game worlds, will get a major overhaul, Vignocchi and Blackburn said, in an attempt to make world-building faster and easier. The new edition will add new brushes for building cities, dungeons, race tracks and more, and players will be able to drop in automated builders that will procedurally generate worlds that players can then edit to further tailor to their personal tastes.

Disney Infinity 2.0 Edition will also introduce new Power Discs, the collectible discs that players can place on the game's power base to import characters, vehicles and more. More than 80 new Power Discs are planned for release with 2.0, including a new team-up disc that imports partner characters, like the Iron Patriot and the Winter Soldier. There will also be new vehicle types, including motorcycles and transforming cars, like Agent Coulson's car-hovercraft hybrid, Lola.

After the conclusion of Disney's Infinity 2.0 Edition event, Samuel L. Jackson, as Nick Fury, teased that other non-Avengers Marvel super heroes would be included in the upcoming game, with the promise that more would be revealed at E3 2014. Given the frequent teases that Disney and Marvel executives made in reference to Spider-Man, expect characters from beyond Marvel's Cinematic Universe to appear in the game.