Exploring consciousness, suicide and the quiet horror of SOMA

Share All sharing options for: Exploring consciousness, suicide and the quiet horror of SOMA

"Amy? Is that you?" The voice is soft, masculine and earnest as it calls for help. As I edge closer, he tells me he's hurt. He needs help. But when I lock onto the source of these pitiful cries, I'm not looking at a person. It's a robot.

Unlike the machines running next to it, the device is crushed to the ground. It spooks as I approach — realizing that I am not, in fact, Amy — and begins to scream and thrash at me. My vision becomes alarmingly blurry if I get too close, so I leave it.

The 45-second encounter disturbs me more than anything else I'll see of the game.

SOMA, the upcoming sci-fi horror game from Amnesia creator Frictional, is an exercise in narrative-driven gameplay, human consciousness and fear. Slated for Windows PC and PlayStation 4 launch next year, the game skips through gutted ships and isolated environments to convey a sense of foreboding. Players have no weapons to attack with, but are left to run or hide. But while the game does carry bodily threat to your character, much of the danger will come from the player's imagination, creative director Thomas Grip told Polygon during a recent interview.

"Initially what we explored were 'boo' types of scares,"Grip said. "There are monsters roaming, and you've got to hide, barricade doors, that sort of stuff. What's so cool about the thing we managed to do there is when people play the game, they're constantly listening for sounds and they're thinking, is there something behind the door? Is it safe? Should I hide?

"They're imagining a world that's bigger than what's really there. That's what makes it spooky because it's kind of personal. What we want to do here is 'Could you have that thing, but go into deeper thematics?'"

True to form, I didn't encounter many enemies during my scouting of an abandoned ship. Most of my time was spent looking for clues, solving point-and-click-like puzzles to proceed, or wondering what happened to any dead crew members I found. Each person on the ship is outfitted with a device that displays the final 10 seconds of their life; every time I accessed their final memories, I was given a tiny piece to a room's puzzle.

"They should always be wondering where danger might lurk next."

Frictional wants players to take the game's world seriously, Grip said. Part of this is found through the ship's subtle clues about the narrative, while the lack of constant, immediate danger plays a huge role.

"You're never sure," Grip said. "It might pop up at any time. It's an important part of the mind frame that we want the player to be in. They should always be wondering where danger might lurk next. If you're constantly afraid of things popping out of the corner, then you get used to it."

The same logic applies to the game's dismissal of weapons. When I did run into trouble, the encounter was actually alarming. It sent me scrambling through the game's labyrinth-like halls like a cat dodging water.

"If you have a weapon — if you have a shooting game — then you want enemies to come because that's fun gameplay, dismembering these poor creatures," Grip said. "Even if they player gets scared of enemies, it's still more fighting. Now, instead, players don't want [enemy encounters]. You do not want players to actively seek out enemies the way that you do in a shooting game." 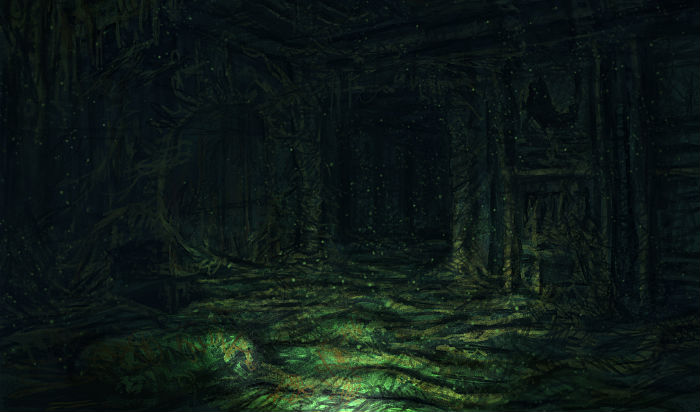 SOMA's creators have a clear vision for the game, but it comes with some baggage, too. Grip won't talk in depth about the game's plot or the relationship between humans and robots, but SOMA does touch on a very taboo subject: suicide. Approaching such a delicate occurence in games can be done well, Grip said, but only if it "fits." The creative director used one of the studio's previous games, Amnesia, as an example.

"In Amnesia, we had torture," Grip said. "Everyone who was involved with that project had to read up on it, because you can go too far when it comes to torture and that sort of thing. But every team member should know that torture is an ongoing thing. It hasn't stopped. There are torture measures that we had in Amnesia that are still ongoing.

Shock value is hardly a phrase I'd use to describe SOMA's quiet horror as I float gently through the final stages of the demo — a dark, ocean floor with little else but seaweed and ruins. It's been at least half an hour since I've left the ship with the dying, screaming robot. The noise is muted now as I make my way through the dark tangles of plant life, but I'd almost welcome the AI's vicious words. Somehow, the silence is even more deafening.