How pinball and boardwalk amusements gave rise to video games

Share All sharing options for: How pinball and boardwalk amusements gave rise to video games

The generally accepted history of video games is that they sprang into existence in the 1970s, the brainchild of ambitious entrepreneurs taking advantage of quasi-military technology developed in the previous decades.

But this story fails to take into account a huge history of boardwalk and pinball games that exerted immense cultural influence on the early days of video games, most especially in arcades, which is still being felt today.

This summer a new exhibit at The Strong's National Museum of Play in Rochester, NY, will seek to connect today's games with the mechanical amusements of the past, stretching back to the early years of the 20th Century.

The exhibit, called The Boardwalk Arcade and Pinball Playfields, will feature a disparate selection of machines including some of the earliest boardwalk games and seminal pinball machines such as Ballyhoo (1932), Humpty Dumpty (1947) and Triple Action (1948). Last year, the museum held a smaller exhibit of arcane arcade machines that organizers say was so successful, it has been significantly expanded.

"To most people the arcade is this thing that happened at a very specific time, featuring games like Defender and Pac-man," said Jeremy Saucier, assistant director of electronic games at the museum. "They think there was no arcade before that and there was no arcade after that. But we want to put things in its proper context." 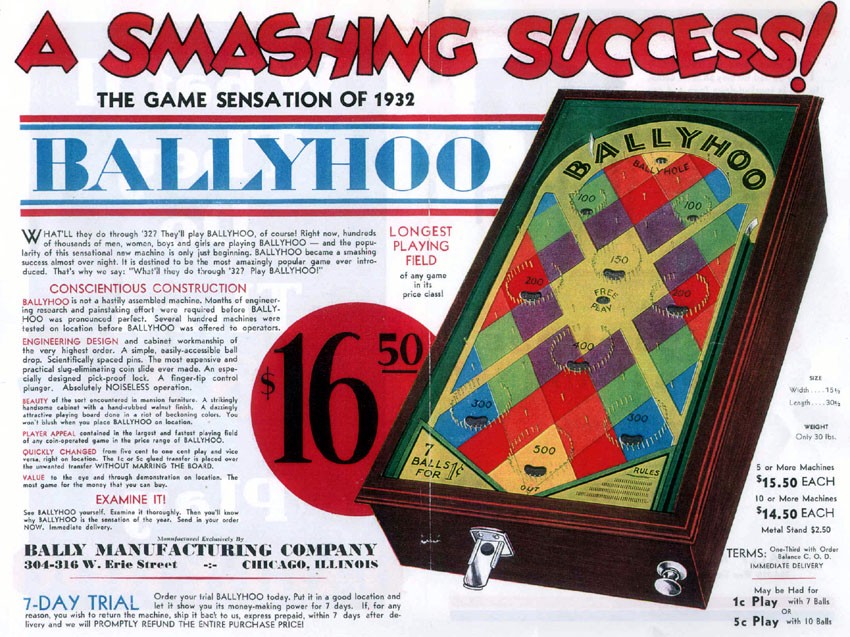 Penny arcades first appeared around 1905, often situated in vacation locales like seaside resorts. They offered amusements like fortune telling, peep shows, games of chance and crude devices showing moving images. In time, the machines became more sophisticated and more identifiably games, often rooted in real world sports like horse racing and boxing. Later, pinball machines came along, growing in complexity from their own roots as 'bagatelles' or games played with balls and pins.

Games of the time often included some form of prize as a lure, either hard cash, gifts or simply a chance to continue playing. This continues today with redemption games that allow players to pick up fluffy toys and such, for their efforts.

"The whole roots of games is back in pinball and the penny arcades, back to the late 1800s and the fortune telling games," said Eugene Jarvis, creator of Defender and now head of a coin-op company Raw Thrills. "You just have to look at pinball and its influence on basic video game structures like having three lives and earning an extra life." 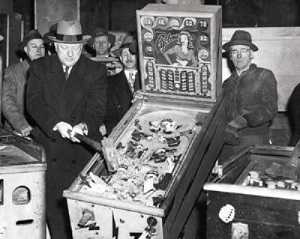 Jarvis worked as a programmer on pinball games before making his move into video games. He said that pinball deserves more credit for its influence on what came later.

"If you look at the games in the very early '70s they were played to a certain score or they were timed but things really took off when the idea emerged of potential infinite lives, of man versus machine," he said.

In the early years of video games in arcades, they were viewed as a technological innovation based on the games that had come before. Pong and Breakout involved hitting a virtual ball with a paddle, much like pinball. Space Invaders is really little more than a shooting gallery. Pac-man is a maze, like those games in which tables are mechanically maneuvered to guide metal balls past obstacles.

"One of the nice things about our museum is that we're able to show that these things aren't just revolutionary," said Saucier. "There's an evolution of earlier forms of play, and much of what they're drawing on is these earlier forms of play. There's a context there that I think gets lost."

There is a cultural link too. Early video games also suffered from some of the reputation hangovers that had become attached to mechanical machines. Arcades themselves were viewed with suspicion by the authorities who saw them as dens of iniquity, exploiting children for financial gain. The authorities believed, with good reason, that organized criminals were benefiting from such pastimes. 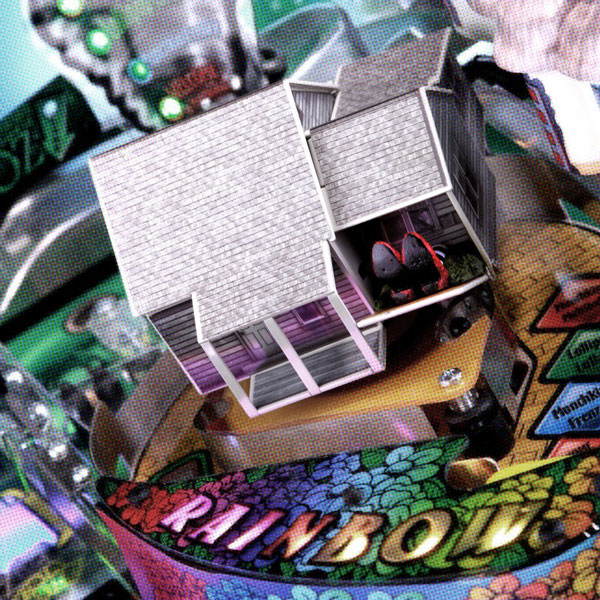 Inside the factory of the Wizard of Pinball

Many of the arguments that have dogged video gaming, that they corrupt the minds of young people and rob them of ambition, were also leveled at pinball, which was banned for decades in many U.S. cities, including New York, Chicago and Los Angeles. It was only in the 1970s that courts finally agreed to lift bans, based on demonstrations that pinball is a game of skill, rather than merely mindless gambling.

For most of their history, video games have been viewed as a waste of time. Amusement arcades and pinball carried this negative reputation decades ago. "There's a blue-collar kind of thing to pinball," said Saucier. "It had been associated with gambling and working class forms of entertainment. When Nolan Bushnell came along with Pong, his machines were initially located in bars."

Roger Sharpe is the author of Pinball!, which includes a history of early arcade games. He is a former senior exec of pinball manufacturers like Williams and Midway. Famously, he helped overturn the ban on pinball machines in a much-publicized court-case in the mid-1970s, by demonstrating with a pinball shot that they are games of skill.

"I see the family lines from the Bagatelle pin games of the 1870s through the novelty games of the 1940s and then pinball," he told Polygon. "There is a correlation and a relationship. A lot of the same companies were involved. You look at things like chasing high scores, putting in your initials, getting extra lives. There are interrelationships between what video games and pinball represents culturally." 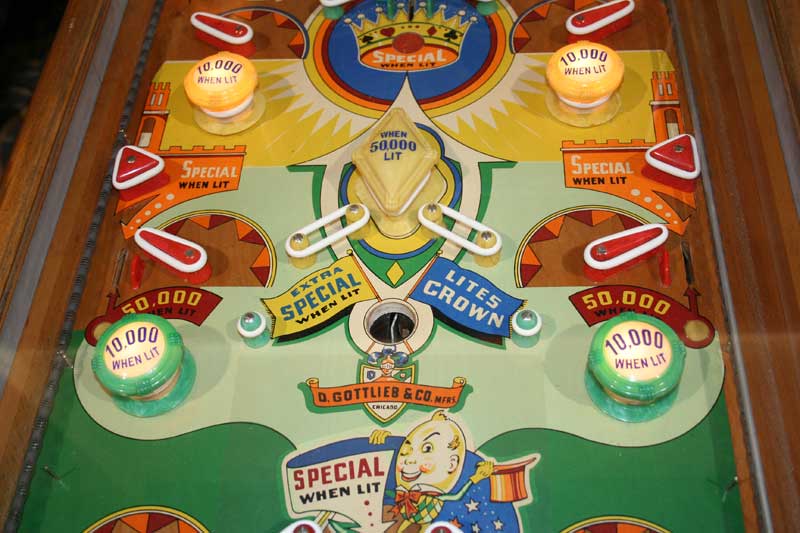 The legalization of pinball tables in big cities opened up businesses to pinball tables which, a few years later, were joined by video games, which eventually drove out pinball. "Without the emergence of pinball you would not have had these businesses with their doors open to place Pacman or Donkey Kong in these locations," he said.

According to Sharpe, there is a convergence now between game design and the way pinball playfields were made. "Take a look at mobile games and what they are doing," he said. "The boundaries are based on the interface. They keep things simple. Some of the great games are basically slide and shoots. I take nothing away from Angry Birds, but it's all been done before. The fundamental building blocks were all there in the arcades before. They are intuitive, more than the deeper video games that take a long time to play and to develop."

Some redemption games today, like Temple Run, are based on mobile hits. The most simple video games are feeding arcade hits.

Ultimately, the museum is seeking to recognize the deeper roots that video games have within entertainment and cultural history. "It's always nice to know where things emanate from, where it all started," said Sharpe. "To not recognize what pinball has represented to our culture and some of the incredible talent that formed that industry, would be a shame."