Share All sharing options for: The Crew's emergent gameplay: house jumping and chasing chicken and waffles

Two cars pull up next to each other at an intersection at a point of the 8 Mile Road in a virtual Detroit.

One is a hot pink Aston Martin covered in garish 1970s hippy symbolism. The other is a respectable looking car of the same model, sleek white with a tasteful red stripe down the middle. The start line is one that we choose, the finish line is the chicken and waffle fast food restaurant some distance down the road. On "go," the hot pink eye sore and sleek white car will tear down 8 Mile Road. First to the chicken and waffle house wins.

This isn't a challenge that Ubisoft's massively multiplayer online driving game The Crew has thrown at us. We've got nothing to gain from this impromptu race; no rewards, no snippet of story, no new missions to unlock. But heck, we've made our own race, and The Crew ain't stoppin' us.

We race through highway tunnels — first to reach the open air wins. We team up to see who can do the most damage to a third car. We nudge each other back and forth to see who can force the other into a lake. 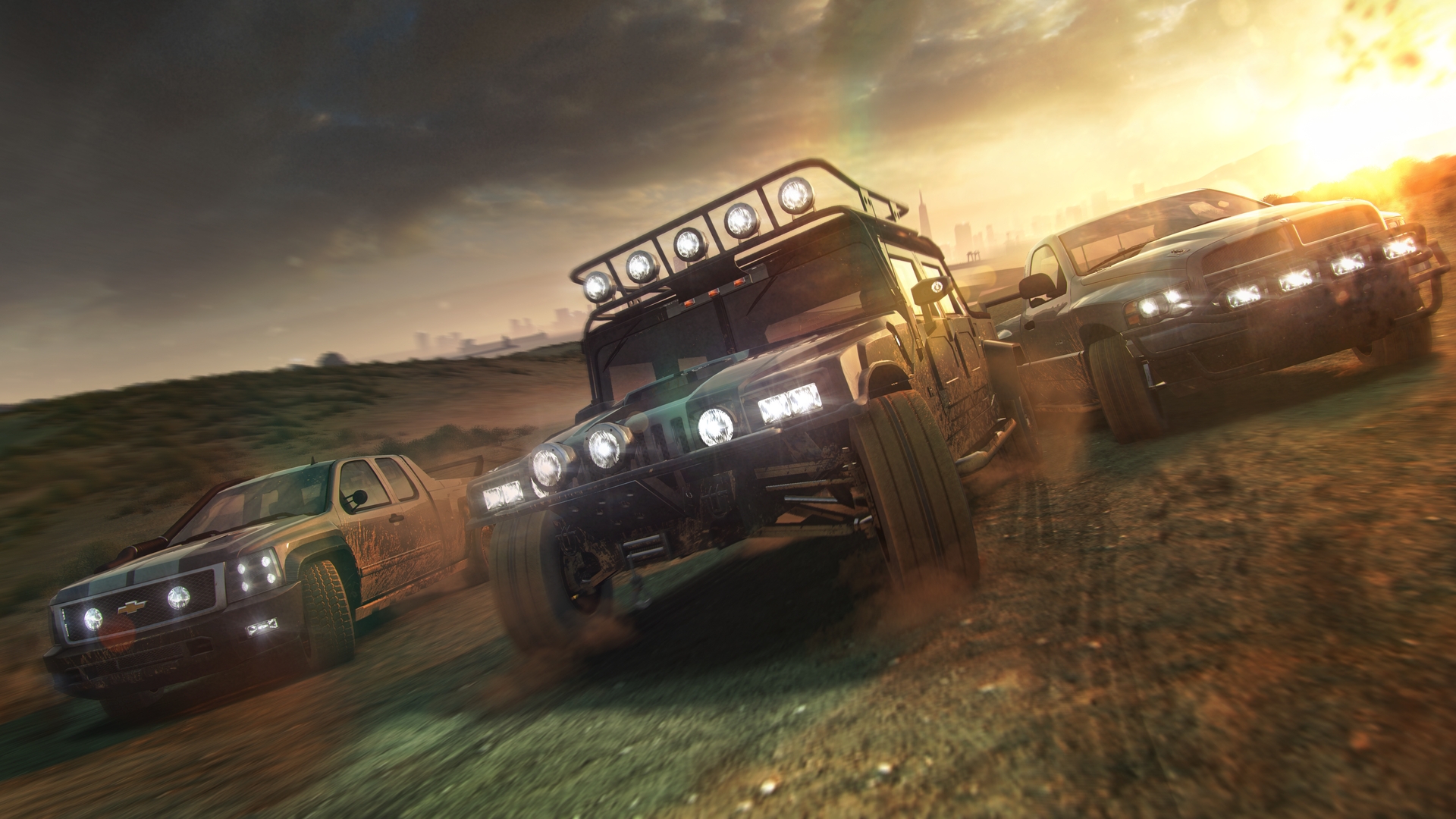 The Crew has a storyline and it has specific driving missions and skills designed for players. But it's also a playground —an open world that lets players create their own little games — and it gets right behind what players want to do, impromptu races and all.

"Whenever you have a seamless game and it's multiplayer and people are riding together, they'll start challenging themselves and creating almost emergent challenges that we haven't designed," said The Crew's creative director Julian Gerighty. "They'll see a ramp in a field and they'll start doing a jump to try to get on top of a house.

"There's a lot of stuff like that that's completely emergent within the game. That's definitely what we built the game for."

In the example of the drivers trying to get on top of a house, Gerighty said the game's play testers have a knack for trying to get to places that should be inaccessible. The players tried to hit a ramp at exactly the right angle and the right speed to get on top of a structure that was never created to be drivable. And after a few hours, they did it, and they moved on to find the next thing to jump on, always playing as a team and always challenging each other as a crew.

Ubisoft unveiled The Crew in June 2013. Publicized as a game that would "revolutionize the genre," the development team had high expectations to meet. With competing titles like Forza Motorsport 5 and Need for Speed Rivals debuting on Microsoft and Sony's new consoles, Gerighty knew The Crew had to offer something unique in order to compete with these established franchises. 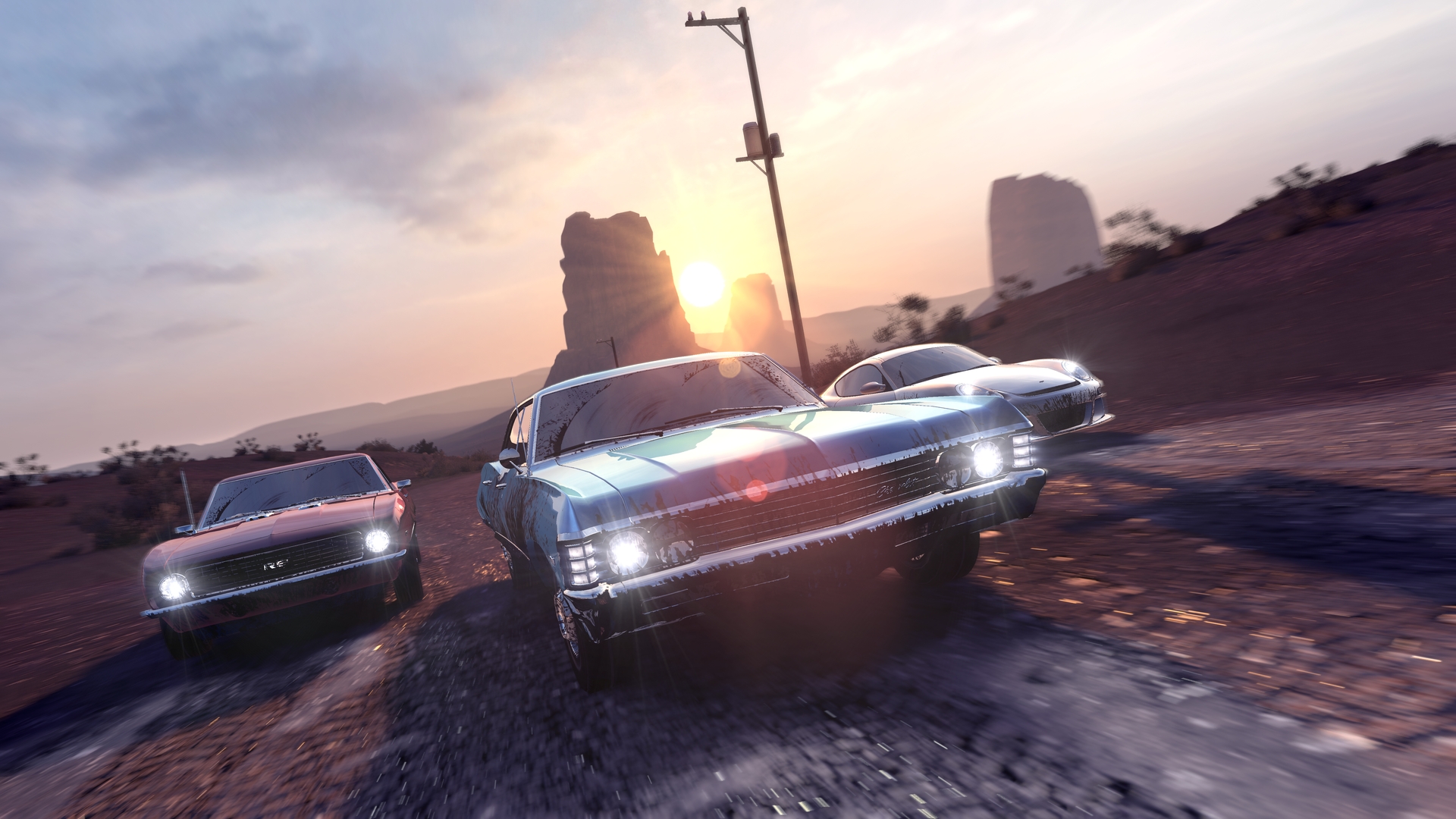 "It was always the vision to make something very immense and deep because, at the end of the day, when you think of our competitors, they're all outstanding," he said. "Driving games is the most competitive genre out there, I think. Much more than first-person shooters. Every time I think of a Codemaster game like Dirt or Grid or Need for Speed or Forza, they're all great games. There are very few mediocre driving games out there, so the quality level is so high that unless you come with something as ambitious or as different as The Crew, I don't think there's a reason for anybody to give you any time of day."

According to Gerighty, the MMO aspect of the game is one key differentiator. The other is that it is an open world game, not as open road game. Players can go anywhere. They can level up all their vehicles without having done a single missions. They can ignore the game's story and instead explore the country.

"Of course there's a structure there that guides you to do things in a certain way, but you can ignore it completely," he said. "We allow you to drive coast to coast, and that basically allows you to play this game however you want to play." This includes jumping on houses, driving into lakes and, of course, racing to the nearest chicken and waffle house.