Share All sharing options for: Comparing MLB 14 The Show across two PlayStation generations

Inside Sony's PR playroom, TV screens are fastened to the walls, all in pairs. Each pair of screens is connected to a PlayStation 4 and a PlayStation 3, playing the two generational versions of MLB 14 The Show, side-by-side.

The PR folk are waiting for me, grinning like they are about to produce a surprise birthday cake. They are very keen to show off Sony's baseball game franchise, and how the new hardware renders the lovely sport of baseball, across technologies separated by seven years.

The PS3 version (Polygon's review is here) looks about as good as a last-gen sports game is ever going to look. Sony's San Diego Studio has been producing MLB The Show games since 2006, and it's fair to say that the franchise has gotten better along the way, both in terms of looks and gameplay.

The PS4 version, which launches May 6, delivers an opportunity to compare the hardware in a way that is tangible and immediate. It also allows us to judge Sony's ability to recreate a familiar real-world environment on its own dazzling new tech.

"We had a long time to max the hardware out on PS3, and it's a testament to the skill involved that it looks so great," says game designer and community manager Ramone Russell. "But it also shows how big the jump is to PS4."

It's worth noting, at this point, how often such transitions have come to grief in the past. New hardware almost always creates problems for development teams, exacerbated by the stringent deadlines imposed by unchanging sporting seasons and higher-ups who demand that key licenses feature in launch windows.

With sports games, there is nowhere to hide. Everyone knows what baseball is supposed to look like, and how it is supposed to play. "Baseball is baseball," notes Russell. "It doesn't change."

Back in 2007, the studio made a pig's ear of the transition from PlayStation 2 to PS3. The then-new console version averaged 77 percent on Metacritic, its lowest review rating on a console, and six points below the PS2 version.

MLB 14 The Show on PS4 is a demonstration of some of the things that the hardware is capable of achieving. In certain respects, mostly surface visuals, it's a huge improvement on the PS3 version. In others, it is essentially the exact same game as the PS3 model. 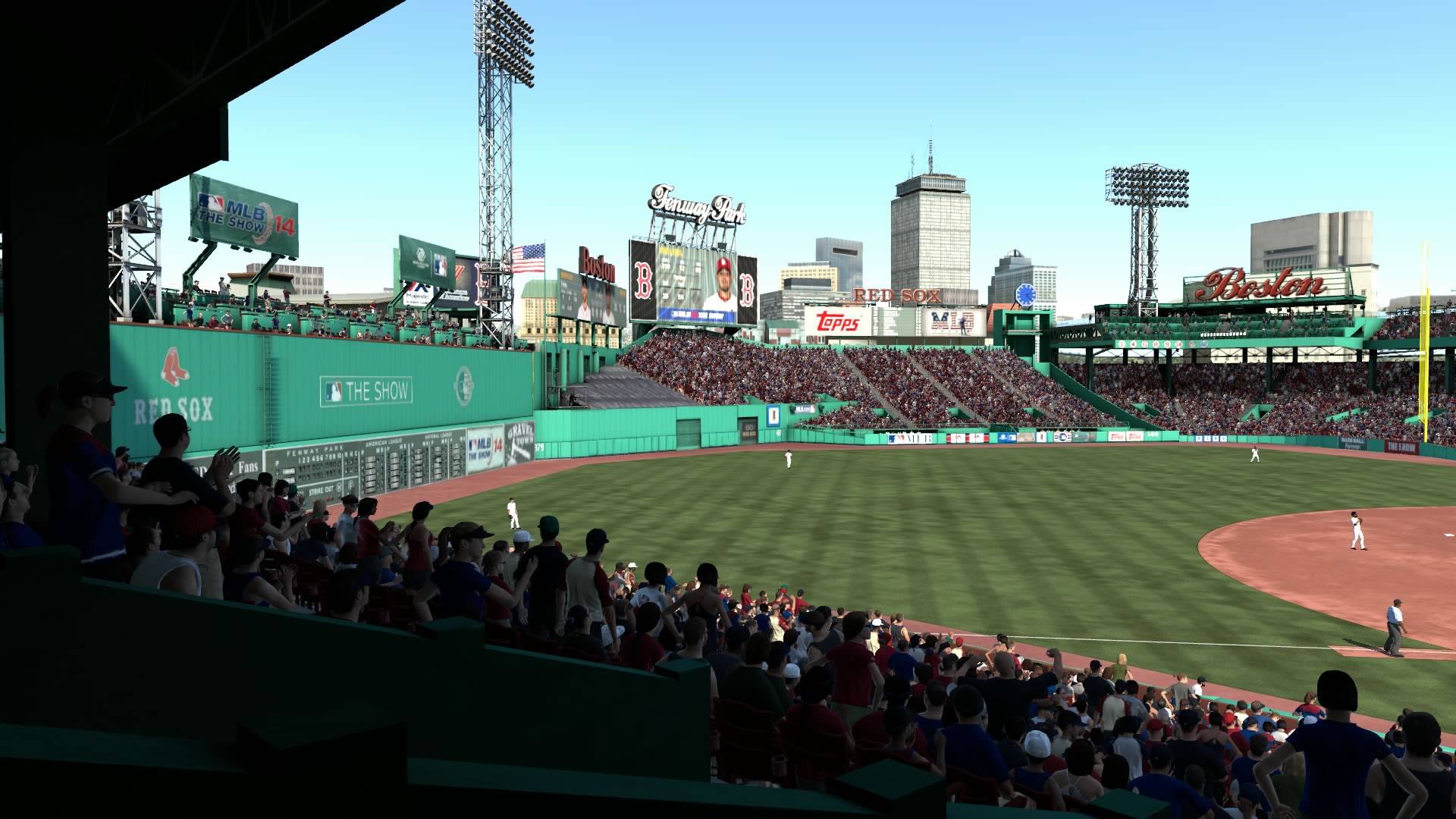 Its failure to fully explore the vast potential offered by PS4 is a question of resources, more than a lack of appreciation for the possibilities available. Sony San Diego is a single highly specialized team cranking out this game for PS3, PS4 and PS Vita. Clearly, Sony did not wish to allocate the resources necessary to jump the learning curve between this version of the game, and the one we will be playing in three or four years' time. Perhaps it is too risky to attempt such a shortcut.

So the PS4 version's biggest change is in very obvious visual details. Using PS4's polygon power, the stadiums have been rebuilt from the ground up. One detail: Each person in the crowd is rendered in as many polygons in the PS4 version as the players are in the PS3 version, according to a Sony spokesperson. There are many more spectator models. They sport a rich variety of clothing. There are children in the crowd, which were absent from the older console's rendition.

Scoreboards and other furniture are transmogrified from flat textures to detailed amalgamations, so the signs that show scores from elsewhere around the nation are made up of slightly battered individual metal plates. Gratings display markings of rust. Brickwork has that crumbly grouting feel.

The PS4's most obviously exploitable power is used in both the wavy texture of blades of grass, and the stubble on the faces of players. It is especially useful for Sony that pro baseball is going through a facial hair frenzy right now. As our comparative image of the Red Sox's Mike Napoli demonstrates, there is a big difference between individually rendered hairs and a flat image of a beard. Also, Napoli's glorious beard is markedly brushier and fuller on the PS4 version, surely reason alone to invest in the new hardware (I am making a joke). 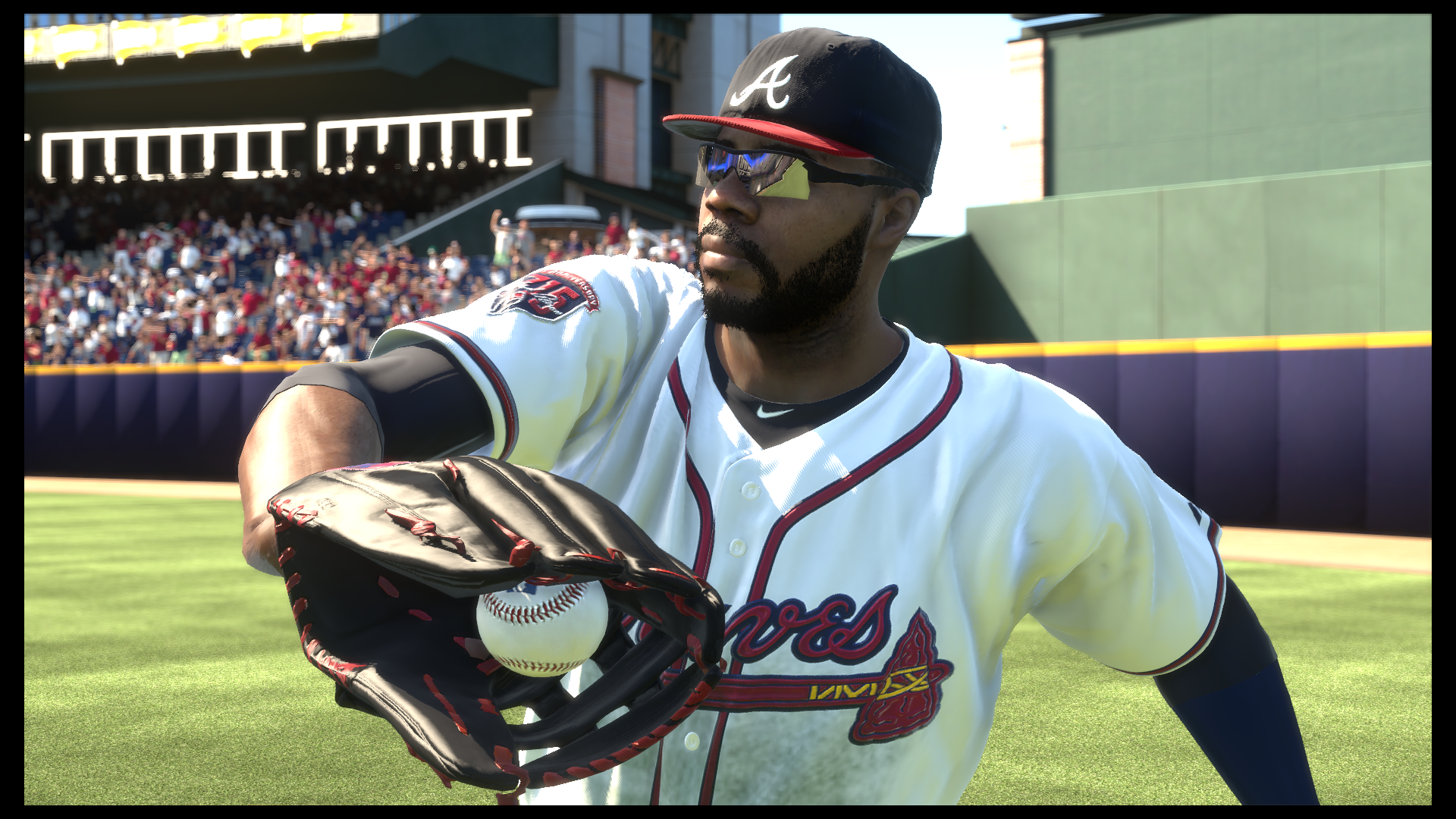 A new lighting engine has been utilized to better show off gloves and uniforms. On PS3, the light bounces off every part of a jersey in the same way. On PS4, it reacts differently on cloth, leather, metal. The catching mitt looks startlingly better on PS4.

Players cast true shadows on PS4, multiple patterns created by overhead stadium lights. On PS3, there are no shadows.

This is all incredibly impressive and important, or absurdly trivial, depending on your own desire for realism and detail. But, for early adopters of consoles, and for enthusiastic players of video game versions of pro sports, such improvements are important. They represent real jumps forward for game franchises that, generally, improve by gradations from one year to the next.

As noted in Polygon's review, the series' much-maligned online play has been addressed, prompted by the new hardware, although there are still issues. "We've been knocked about online ever since we have been on PS3," says Russell. "It's got a little better, but this year we ripped out all the online code and we started from scratch. It was a process where we ended up taking two steps forward, but because we started from scratch, we had to take two steps back. It's baby steps to get to a much more improved online experience. We have patches including tons of things that will get better. But you will see an even bigger jump next year."

And so we turn to the improvements that are not on display, that are part of the "process" of improvement, the higher-hanging fruit, so to speak. The PS4 version offers 300 new fielding animations, including additional individual pitch styles. That sounds impressive, until you consider that the PS3 version sports an animation bank of 60,000 moves. 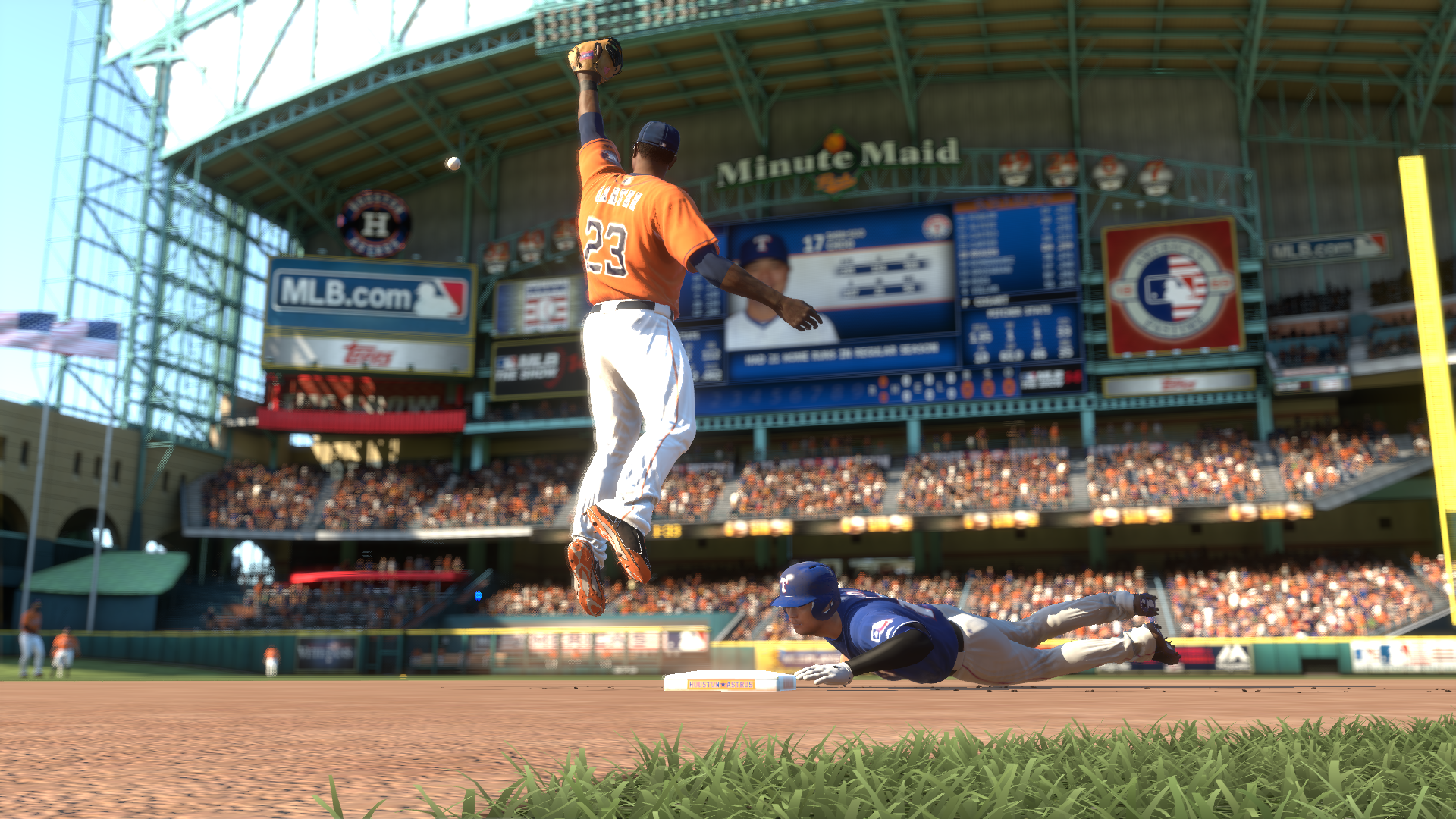 Likewise, the PS4 version features its own selection of ambient and crowd audio. But the commentary, which can be irritating and repetitive, has not been expanded. This feels like a missed opportunity, even though it has been improved, slightly, year-on-year.

"There is so much room for more," says Russell. "It's an issue of getting the [commentary] guys in the studio and doing a better job of doing the commentary in design." He points out that this is "year one" for the PS4, and that future priories include advances in player and environment detail, such as more detailed cloth physics, extra player accessories, more player body type variety, more usage of advanced analytics and player-specific animations. "We have a really good game [on PS3] and all the good things are still there. The things that we couldn't do [on PS4], we'll do that over the next few years. We're just scratching the surface with what we can accomplish."