Share All sharing options for: Wargaming CEO on World of Tanks grand finals and eSports aspirations

The Palace of Culture and Science was ablaze last week with a gigantic, animated projection advertising the Wargaming.net League eSports Grand Finals in Warsaw, Poland. Across the street, at Poland’s biggest shopping mall, 14 teams competed over three days to determine who among them were the best World of Tanks players.

The Palace, a gift from Joseph Stalin following Poland’s turn to Communism after World War II, was incorporated into the pomp and pageantry around the nation’s capital. It towered over the city of Warsaw, brightly lit in hopes of bringing attention to the nearly 100 eSports athletes in town to compete for the $300,000 prize pool.

"My mind is … totally exploded," said Wargaming CEO Victor Kislyi. "This is so cool. This is Hollywood. I’m so impressed and fascinated. Those gamers, all of them are good. You can feel the energy."

Two Russian teams took the stage in the tournament’s final round, played out live before a crowd of nearly 1,000 fans in Warsaw and streamed live to the internet. Team Na’Vi won the day, taking home around $110,000 in prize money. The second place team, Virtus.Pro, was awarded nearly $100,000.

Kislyi said that the tournament was the culmination of a series of events that saw 40,000 teams — more than 300,000 players — competing over 12 months.

"We’re pushing the concept that eSports is [like the] Olympics."

The 2014 Grand Finals represents Wargaming’s first foray into the world of professional eSports competition. Everything about the event was designed to raise awareness of not only World of Tanks, but of eSports generally.

As a comparison, the Season 3 Finals for Riot’s League of Legends boasted an audience of nearly 19,000 in-person attendees and more than 32 million remote viewers.

"Our common goal as the gaming industry," Kislyi said, "is to change the perception [of] the general public. Because those people walking the streets may not know what eSports are. But guess what? Those teenagers [know]. They will be soon coming home more and more with [prize] cheques and waving [them] in front of their mother’s nose."

Kislyi sees eSports as a growing global phenomenon. That’s why he’s created a 40-person internal team to promote it across his company’s properties.

"It’s getting big," Kislyi said, referring to the growth of the professional circuit. "There’s big money. There’s big interest. … We’re pushing the concept that eSports is [like the] Olympics." 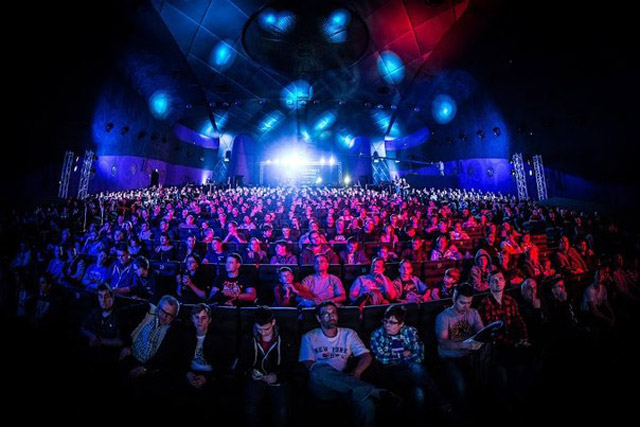 Given the political events involving the Russian annexation of Crimea, Kislyi said that the decision to host the first Wargaming tournament in Central Europe was not taken lightly.

"The preparation did not start yesterday," said Kislyi. "We chose [Warsaw] a couple of months ago when it was a little bit different situation. So there was no connection. [We selected] Poland because it’s World of Tanks’ Mecca."

"We are big now, we cannot afford to be reckless."

Kislyi says that Warsaw has the most players per capita of any city outside of Moscow. Even Warsaw’s Vice Mayor is a player.

When asked about the potential for sanctions being levied against Russia over the situation in Crimea, Kislyi turned the conversation towards the company’s concern for the well-being of its employees not just in Ukraine, but all over the world.

"Those events in Ukraine definitely are sad," Kislyi said. "People died. We don’t do politics. We don’t do war. … We do war gaming. … When events unrolled in Ukraine we had plan A and plan B. We had this evacuation plan.

"Thank god that was not needed, but we already had [a plan] to grab [our 300 employees in Ukraine] and relocate them to Minsk or Cyprus."

He went on to say that Wargaming is well positioned to weather any political instability. Kislyi said that since his company is incorporated in Cyprus, a country within the European Union that enjoys heavily pro-business taxation and incorporation laws, Wargaming plans to remain apart from any actions taken by Western governments against Russian economic interests.

"We have [a] cut-throat administrative team in Cyprus," Kislyi said, "which are kings of their trade. So we [have] that part covered. But there are specially trained people, again as I mentioned, who are watching this. We are big now, we cannot afford to be reckless."