Bioware's PAX East schedule is live, with weekend-long panels on Mass Effect and Dragon Age franchises, developer signings and industry representatives discussing how to break into the games industry.

This year's panels will include "Behind the Scenes: Getting A Job at Bioware," "From Relay to Relay: Exploring the Mass Effect Universe" and "Dragon Age Inquisition: The Open World of Thedas".

A number of developers and staff from Bioware will be in attendance this year, including Mass Effect writer Cathleen Rootsaert, Dragon Age creative director Mike Laidlaw and community manager Jessica Merizan.

Details of the full PAX 2014 schedule of panels, events, tournaments and other special sessions can be viewed in full here. You can view the BioWare schedule below.

Events kick off at 10 a.m. on Friday, April 11 and end with the final round of the Omegathon on Sunday, April 13 at 6:30 p.m. Talks from industry personnel will be held throughout the day and night activities include the annual Game Show Night events and tournaments in Marvel vs. Capcom 3 and Super Smash Bros. Brawl among other titles. Tickets to the event are sold out. 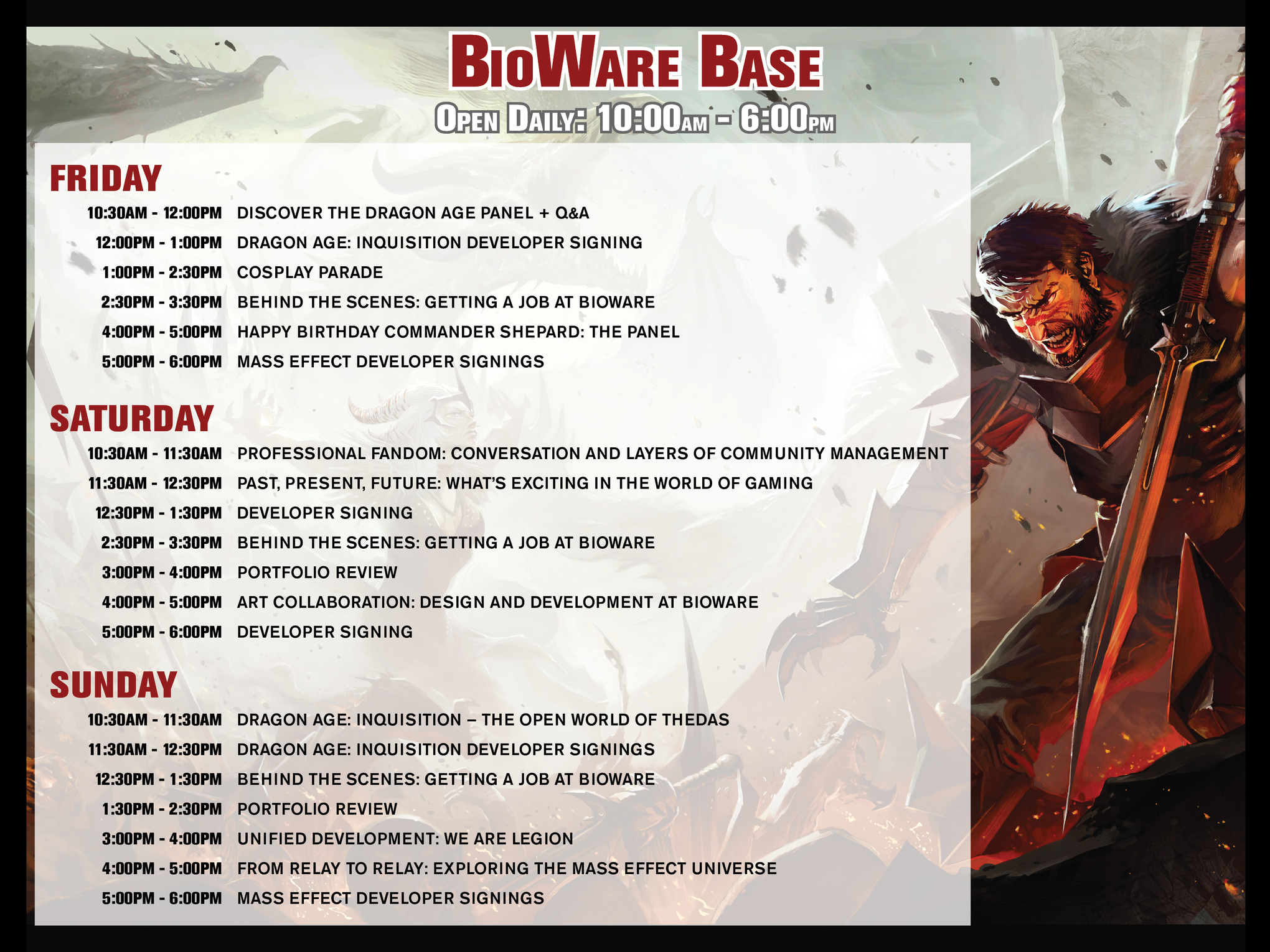