Share All sharing options for: How GT Academy's growing legacy is legitimizing the Gran Turismo program

In the long history of simulation sports video games, the Gran Turismo series stands alone: It's the only one that offers a path from playing the game to partaking in the sport professionally.

That's the focus of GT Academy, the gamer-to-racer initiative from Polyphony Digital, Sony Computer Entertainment and automaker Nissan. Through GT Academy, which began in 2008 in Europe and debuted in the U.S. in 2011, more than a dozen Gran Turismo players have gone from the couch to the race track. The concept still seems as unbelievable as it did six years ago, but over that span, GT Academy has earned the respect of the racing community.

GT Academy begins with competition in a special event in the latest iteration of the franchise; for 2014, that's Gran Turismo 6, which was released last December on PlayStation 3. Players prove their virtual skills there, and the top finishers in those time trials move on to the National Finals. The national winners head to the Silverstone Circuit in Silverstone, U.K., for the real-life, reality TV series portion of GT Academy. In the Race Camp, the players undergo physical and mental training, then compete in real Nissan cars on a real track for the grand prize: a place on Nissan's Nismo racing team as a professional racecar driver.

It's a long, tough road, and according to Ken Chan, product manager for the Gran Turismo franchise at Sony Computer Entertainment America, it's even more difficult than it looks on TV.

"You don't really get a full understanding of what these guys really go through," said Chan in a phone interview with Polygon last week, describing his impression of GT Academy from watching the first season of the U.S. competition on TV. "When you see it in person, and you meet these guys at day one of the National Finals, they're still very much gamers. And by the time they finish the program, they ... become a full-fledged [racer]."

One of those individuals is Nick McMillen (second from left above), the winner of the 2013 GT Academy U.S., who told Polygon that he's been playing the Gran Turismo games "since the first one came out." The victory was a special triumph for the native of Salem, Oregon — he became the champion after a near-miss the year prior, having been knocked out in the National Finals. McMillen believes that his nervousness upon reaching that stage hurt him the most back in the 2012 competition; he finished two spots out of the group that moved on.

It turned out that returning to GT Academy in 2013 would require more dedication and sacrifice. McMillen, whose day job was working as a salesman at a Volkswagen dealership, requested the necessary time off to travel to New York for the National Finals. His boss initially granted it, but two days before McMillen was to leave, he was told he couldn't have the days off. He quit.

"I just really believed in myself that I could win it," McMillen explained. The gamble, along with a year of preparation and the additional advantage of having been there before, paid off when he emerged victorious.

"It makes me so proud to be able to say, 'You basically gave up everything to win it,'" he added.

"It makes me so proud to be able to say, 'You basically gave up everything to win it'"

Now that McMillen is a GT Academy graduate, he wants to participate in the 2014 edition and beyond, shepherding the contestants through the process in whatever way he can; he said he's spoken with Chan about working his way in. After all, McMillen noted, future winners will end up as his teammates on the Nismo racing squad. The team has already found success. McMillen and the three other regional 2013 GT Academy winners, with inaugural GT Academy champion Lucas Ordoñez as their leader, scored a win in the SP2 class at the Dubai 24 Hour race this past January — their first professional outing.

That's key to the continuing growth of GT Academy: The program is producing skilled pros. According to McMillen, the established professional racers whom he's interacted with have all been intrigued by GT Academy as a new way for people to get into motorsports. That's especially the case now that it's about to begin its seventh year — GT Academy's output speaks for itself in terms of legitimizing the initiative.

"It's helpful to have a proven track record. I think a lot of times what happens is, a lot of people see this for the first time as somewhat of a — especially during the early years — they kind of see this as a marketing stunt," said Chan. "The growth and success of the program really [can be attributed] to, just overall, the success of the drivers [who have] graduated."

In a sense, GT Academy is to racing as American Idol is to singing: For all the fanfare surrounding each year's champion, only the skilled, talented individuals will make it in the business after the shine of the competition wears off. According to Chan, GT Academy has yielded more than 14 Nissan Nismo athletes, and "most of them are still either racing for Nissan and/or they're actually racing for other teams." 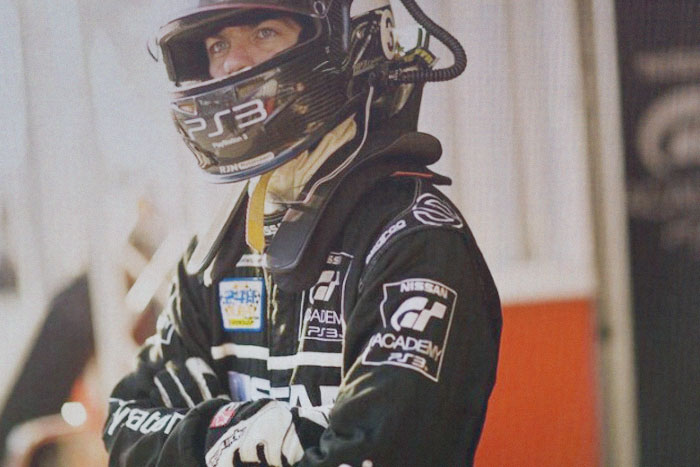 Test Drive: From Gamer to Racer

Chan noted that the first GT Academy U.S. winner, Bryan Heitkotter in 2011, faced skepticism from the racing community. He proved his mettle the following year, and that attitude has softened over time. McMillen is cognizant of his GT Academy forebears going back to 2008 — "previous dudes have proved that the process works, and that they can be on pace [with], or beat, guys who have been doing this for 10, 15 years," he said.

GT Academy wouldn't exist without Gran Turismo, but the way Chan sees it, the game almost functions as more of a discovery mechanism for latent racing talent in gamers than as a training tool for professional racers. Gran Turismo may be realistic enough to give players a sense of how these cars and tracks actually drive in real life — say, a sense of where to start braking and accelerating in order to take the optimal route through a hairpin turn. But the game itself can't turn gamers into racers.

"The physical aspect, you can always kind of train someone or morph them into a driver," said Chan. "But the mental aspect of it, you either have it or you don't. That's why there's only a handful of racecar drivers in the world."