Share All sharing options for: CCP's Eve Online monument in Iceland honors the players by making their names immortal

Video games are ephemeral by nature, but that goes double for online titles such as Eve Online. CCP creates the sandbox in which the players operate, but it's up to the community to create the community, stories and in some ways the game itself. The stories created in the game will never be repeated, and even now the in-game player-created factions and characters are either doing battle or taking part in an uneasy peace between wars.

You can't go back in the game to relive your favorite moments, and the game's biggest events and battles, the ones that make news and impact the game's economy, are often unplanned. The press releases come later; CCP is often just as surprised by the actions of the players as everyone else.

So how do you make something that will last the test of time if you want to honor your game? You have to make it physical. CCP revealed a physical monument to the game in Iceland yesterday in a ceremony that included the game's developers, player who have traveled to Iceland for Fanfest and government representatives. The ceremony drew an impressive crowd. 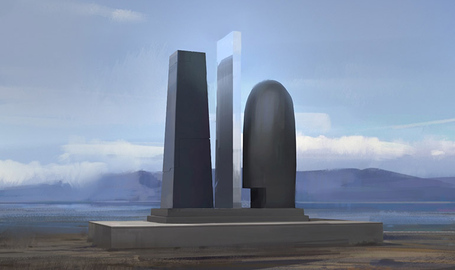 This may be the first time a video game has created a public work of art of this scale for the city in which it was created, and the monument takes things a step further: It's a physical reminder of the players, not just the game or those who made it.

The monument's base includes the name of every active player's main character in Eve Online. The platform of the structure is half a meter tall, and its surface is dense with text sharing the names of these characters. If you had an active account at that time, CCP looked at your character with the highest number of skill points, made sure it wasn't offensive, and then added it to the structure. The monument also honored players of the game who have passed away by including their names in the base. 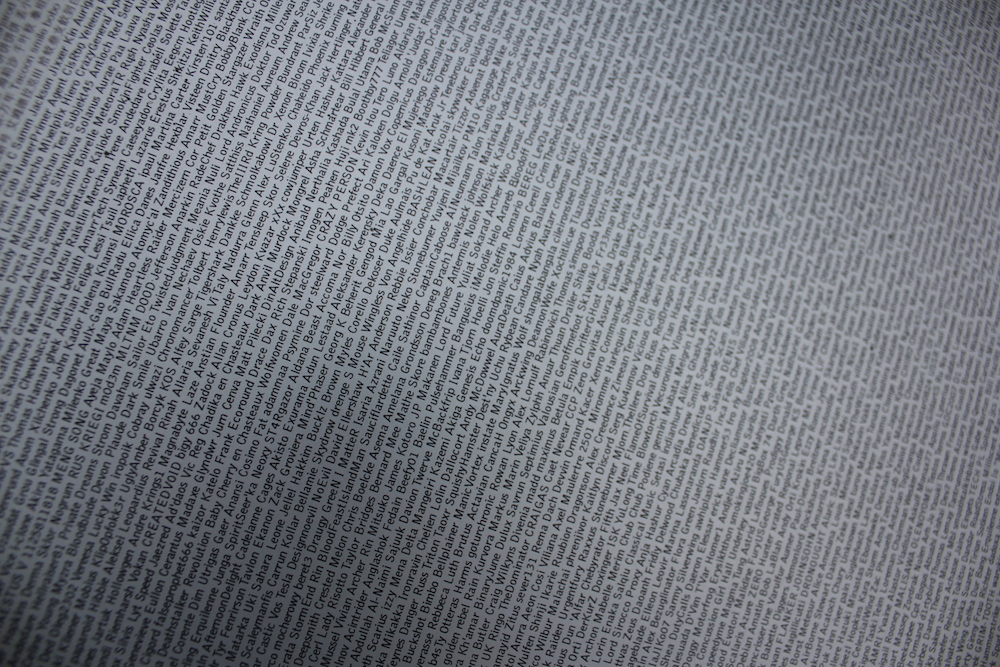 This created a scene that was eerily reminiscent of the Vietnam memory in the United States. Players surrounded the structure and looked for their names on the base, using their cell phones to take pictures of their now-immortalized characters.

There is an online tool if you'd like to find the location of your character's names. The monument was very literally built on the names of the players who make the game what it is, and the effect is rather stunning. The imposing structure isn't a monolith as much as its a kind of permanent record of the people who play the game and create the stories that give Eve Online so much meaning.

CCP offered the CEOs of the player-run corporations a way to submit the names of players who have passed away in order to be included in the monument, adding an extra layer of meaning to the structure. It can, at times, be easy to poke fun at others who derive so much enjoyment from online communities and create friendships out of the games they play; the stereotype of the nerdy gamer whose friends mostly exist online is an old one, but the bonds we create and share in online games are very real.

They matter. If you've played games long enough you likely know someone from one of your online communities who is no longer with us, and it's natural to mourn the loss of that relationship as well as the individual themselves. This monument isn't just a way to create something that is real and that will last to honor the game, it's a way to signal to the players that they have all made an impact in the game's world. 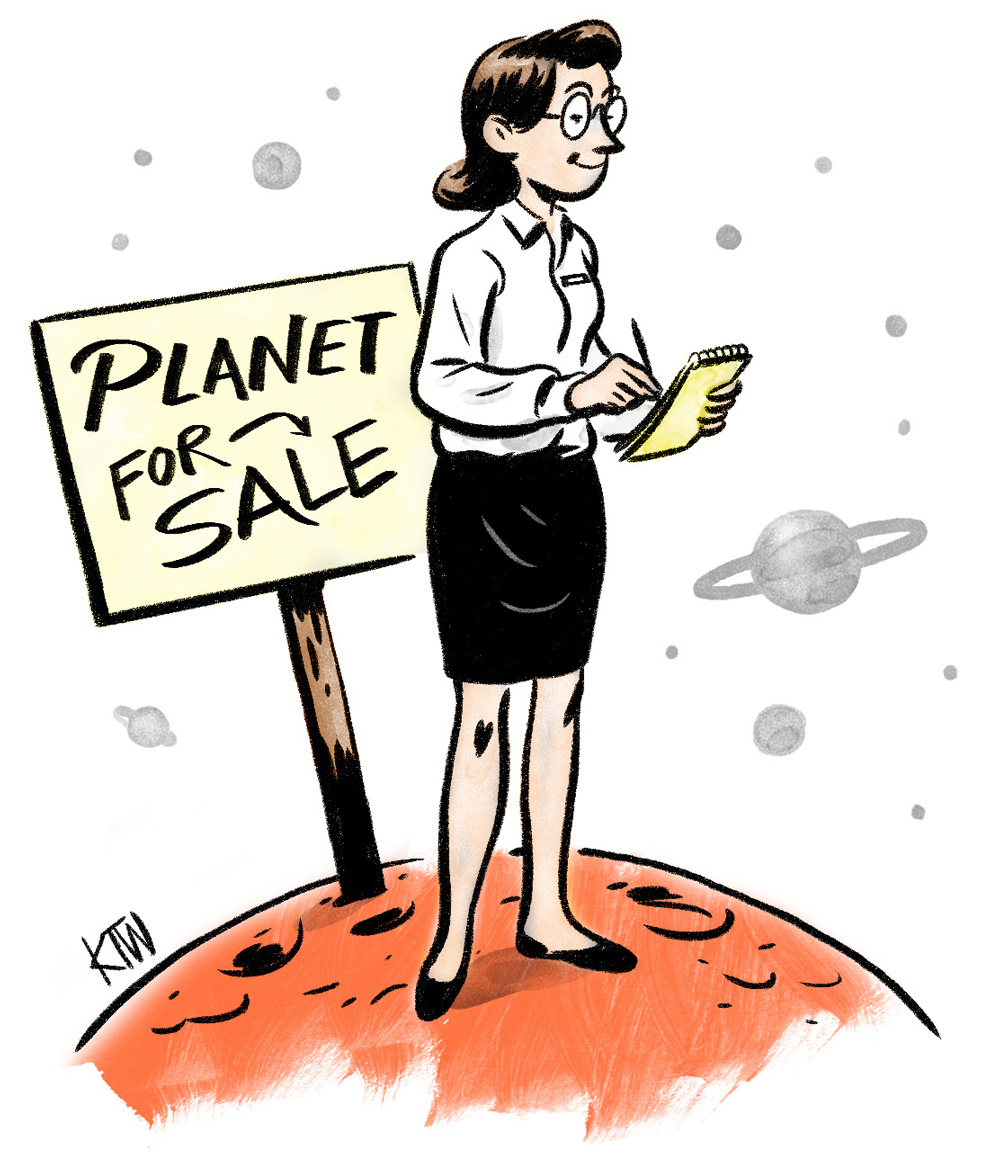 That they were there, and helped create the world of the game. This goes doubly so for those who have passed away; their friends who played the game will now know that their names will always exist in the monument. It may seem silly to others, but carving a name out of rock is a direct and powerful way to let someone know that they mattered to us, and the addition of lost players gives the monument a sense of gravity.

Due to delays in my travel I missed the dedication ceremony, but I decided to walk to the monument to take in the scene anyway. The monument was surrounded by players taking pictures, talking to others about the game or trying to find their names on the structure.

The mood was a mixture of celebration and family reunion. I walked up to the monument and put my hand on it, moving my finger across the dense script that listed the names of the people who made all this possible.

It's inevitable that one day the servers will go down, and it's impossible to write a complete history of Eve; the world is simply too large and the politics are ever-changing. But here is proof that the game exists, and it's a reminder that the players create it as much as the developers. It's a way for CCP to show players that they were there, they matter, and they built something. Together.