Eve: Valkyrie began life as a demo put together by a few CCP developers in their spare time. That demo was shown at Fanfest last year, and enjoyed a nearly rapturous response from fans and the press. One year later and the game is now a major part of Fanfest, with an upcoming PC and PlayStation 4 release. This isn't a hobby anymore; CCP is making a big, official and loud push into virtual reality.

The company announced at Fanfest that the game has moved from the Unity engine and will now run on Unreal Engine 4, and has in fact been completely rebuilt from the ground up to use the engine. Nothing has been kept from the original version of the game except for a better idea of what Valkyrie is and some place-holder assets.

"It gives us familiarity. It gives us a great engine, I’ve worked in Unreal before. It gives us ready made accessibility into the market," Chris Smith, the lead game designer, told Polygon. "I’m not a business person, so for me it’s just a great engine that renders a great game. It allows me to express what I need to express on a tool I’m familiar with. On the code side, everyone seems to be adapting very quick. What you’re seeing today is from nothing in January to now.

"We had a great demo before, but turning it into a real boy? Something that you want to play a thousand times that has systems that can be expanded upon… this is the game now," he continued.

I was able to try the new version of the game, and it's night and day. The cockpit is much more realistic, with a much more effective heads-up display. The audio has been improved, complete with radio chatter and more ambient effects. The original was impressive for a small team learning their way around virtual reality; now it feels like a game with a much larger budget and team; an impressive step up for a title that's being developed by 24 people.

Valkyrie has always seemed like the dream game of anyone who wanted to pilot a Viper from Battlestar Galactica, and CCP isn't shy about making that connection itself: The company has hired Katee Sackhoff, who played Starbuck on Battlestar Galactica, to provide the voice of Ran in the game. Ran was the first Valkyrie pilot, and leads them into battle.

The story snaps into the greater world of Eve: The Valkyries are a group of pilots who were stolen at the moment of death and implanted into new bodies to fly and fight for Ran. The hows and whys are still a secret, but you basically wake up and are given a choice: Do you want to become one of the most feared pilots in the sky and work for Ran, or do you want to be unplugged forever?

"How does she control her people?" Smith explained. "They say knowledge is power, and if knowledge is data, then she's quite powerful." Ran will be the voice in your head as you fight, explaining what's going on in the game and what you need to do next. 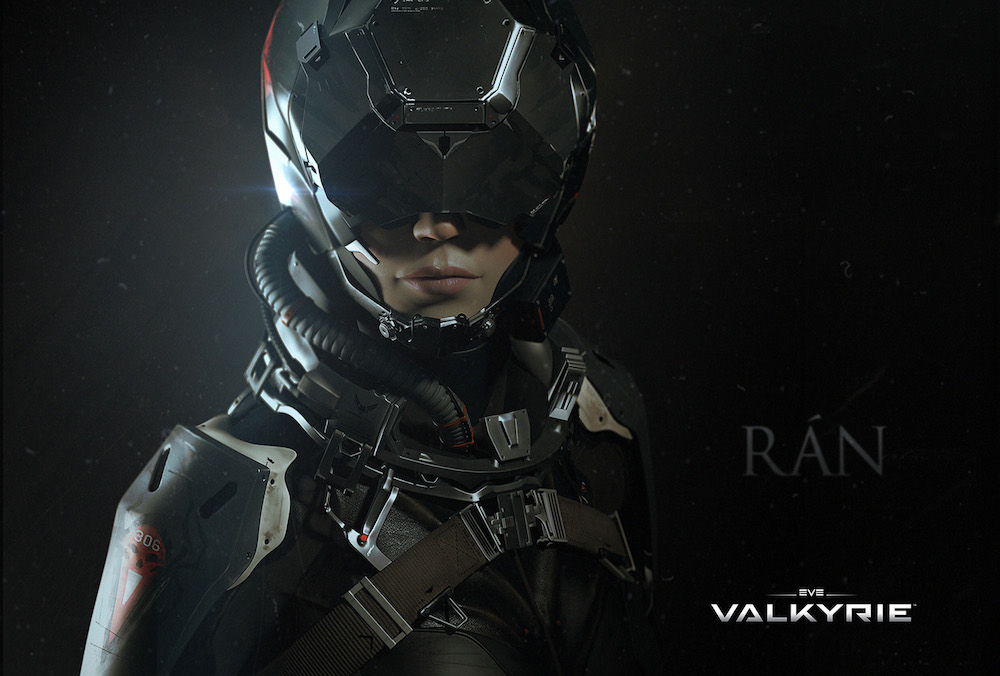 This story ties into the leveling system; your pilot is able to learn new skills by earning experience points and converting it into data. It's like the Matrix, where people were able to more or less download skillsets into their brain. There is a bigger story at place, and it sounds like the stakes could be quite high. "The person who got Ran into this, and that technology and that story? It comes from Eve lore, but we're not getting into that today."

The game is coming to the Oculus Rift on the PC, as well as Sony's Project Morpheus on the PlayStation 4. Polygon has been told the game "will be ready" by the end of 2014, but it will ultimately launch alongside the retail version of the Oculus Rift.