From Medal of Honor to Grush: How brushing your teeth could become a game

Share All sharing options for: From Medal of Honor to Grush: How brushing your teeth could become a game

Video games are a parent's best friend, especially during trying ordeals like bedtime.

The threat of "no Lego Marvel Super Heroes this weekend" is a capital remedy for whining refusal to jump in the shower, don jim-jams and brush those peggies.

If the threat of video game Armageddon is enough to ease the burden of teeth-brushing time it has the disadvantage of failing to ensure that the precious little treasures are really digging deep. Are they really doing their bit to scrub hard and avoid a discomforting inflation of dental insurance premiums? Also, to be frank, parenting through threats is sorta lame. It's better to offer positives than negatives.

Enter the video game toothbrush. Currently seeking funding through Indiegogo, it's the bright idea of a former EA exec. Here's how it works. A 3D accelerometer, gyroscope and magnetometer inside a specially tooled-up toothbrush sends a signal to a mobile phone, stating where in the mouth the brush is rooting around. This information is used to drive a video game version of the child's mouth.

So, the children "play" a visualized version of their own molars and incisors, which is visualized through a smartphone mounted in a waterproof casing on the bathroom mirror.

Visiting Grush's offices, a startup hub in San Francisco, I played with the toothbrush game. Clearly at prototype stage, it nonetheless works. The brush is operating in a tight, three dimensional space, with lots of obstacles (even though I am British and deep into my forties, I still have a few yellowing remnants of toothdom). The fast turns and adjustments I make as I brush my teeth are accurately rendered on screen.

A monster appears from behind one of my molars and, after a few seconds of disorientation common to VR-type experiences, I am able to chase it down and scrub it out. Monster Chase, as the game is called, is kinda fun. I can see how a small child would enjoy playing the monster-chasing game, while at the same time effectively and unfussily cleaning her teeth.

"I have a child so I know what it can be like for parents trying to get their kids to brush their teeth," said COO Ethan Schur, who previously worked as an engineer on The Sims and Medal of Honor games, as well as a stint for VR house TDVision. "I thought, there has got to be a better way to resolve this than battling with kids."

The fund-raising effort has so far raised $20,000 of its $50,000 goal, though Schur said the product launch would go ahead regardless of the success of the campaign. He said that the company is talking to kids entertainment license holders about creating teeth-brushing games that feature well-known characters and franchises. 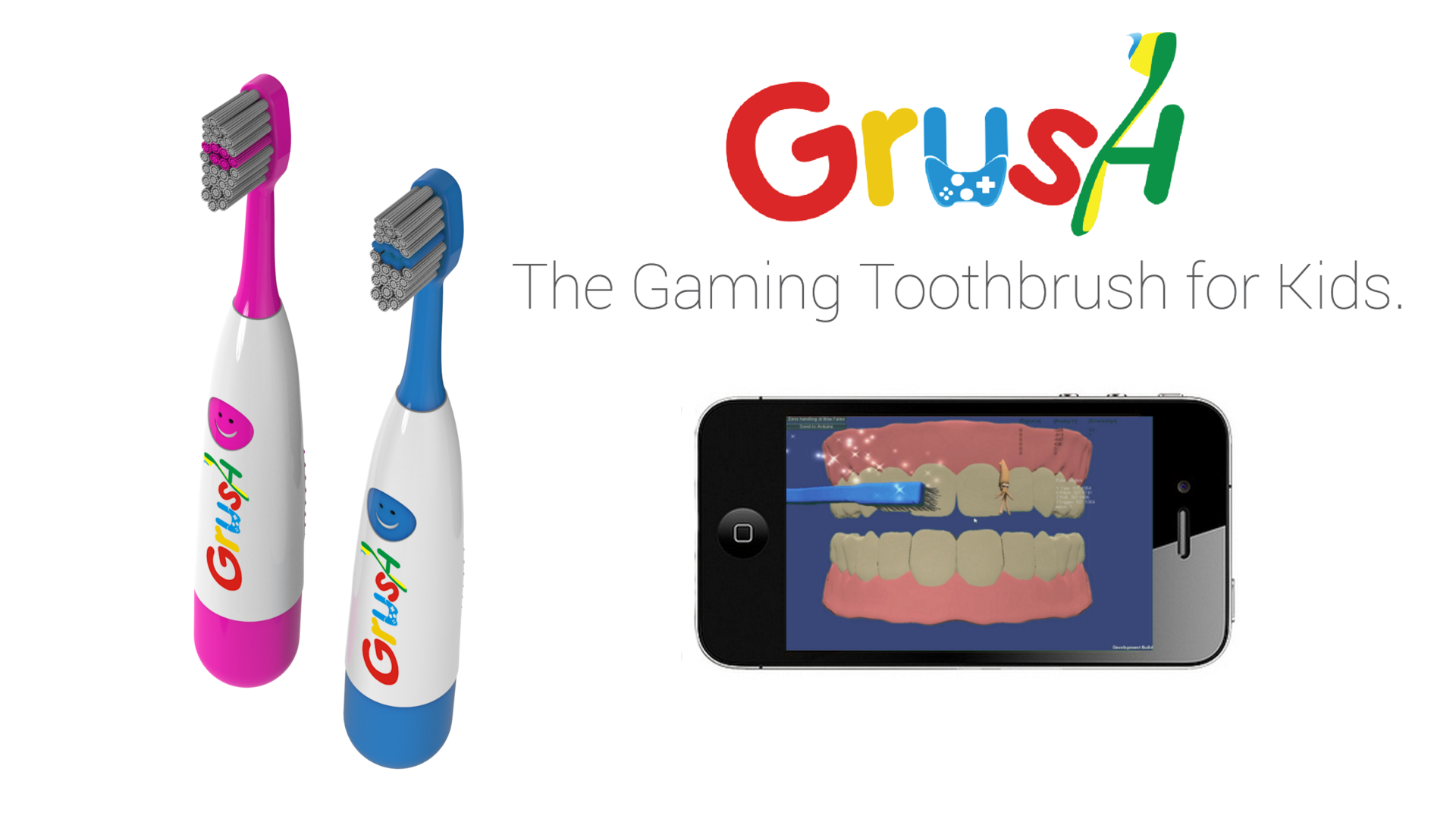 Other games under development by coding house Threadbare Games, using the Unity Engine, include a tamagotchi-style adventure in which the child's teeth become a sort of creature that needs to be looked after, as well as one in which the teeth become musical instruments in an orchestra. Schur said there is plenty of scope for special seasonal games, like a Halloween adventure.

"It's about giving the kids a way to enjoy this chore, giving them something that they can identify with and even look forward to playing," he said. "The toothbrush hasn't really changed in 500 years, but our lives have changed beyond recognition." 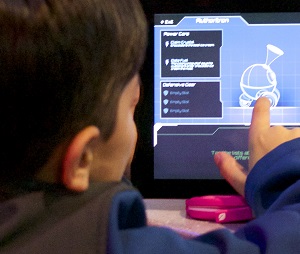 How Games are Helping Kids

With a planned retail price around the $50 mark (this has not been finalized) Schur said the brush is cheaper than many electronic toothbrushes. "The value is in having your kids do a good job of brushing their teeth, without, as a parent, having to turn it into a battle every time."

The game provides statistical analysis of the brushing, including how well the child is brushing her teeth and how often. This can be monitored by parents and even by dentists.

"When I saw this idea I wanted to get in touch with the makers," said Dr. Marc Bennett, who has been running a dental practice in Edmonton, Canada for the past ten years. "I like the idea of a game that helps kids brush their teeth regularly and properly, without any problems. I'm a dad so I know what a wrestle it can be get get kids to do that. But also, it gives us access to data that can be very useful."

Dr. Bennett said that he hopes the game is a success with kids, but also that it leads to more games for people of all ages. "I can see this working and being beneficial for older kids and even for adults," he said. "It's more than just a game, it's a way to avoid tooth decay and improve oral health."