Tracing the collapse of the 'integral' Kinect, in Microsoft's own words

Share All sharing options for: Tracing the collapse of the 'integral' Kinect, in Microsoft's own words

The Xbox One was revealed one year ago this month and, in that 12-month period, Microsoft has struggled to define just what the console is.

From the disastrous reveal, overshadowed by questions about the console's always-on requirement, to its near-total reversal following Sony's strong showing at E3 last year, to the departure of key Xbox exec Don Mattrick to the decidedly less cool Zynga, it's almost impossible to believe it's only been a year. But one thing was always constant: The new Kinect was an integral component of the Xbox One.

The all-new Kinect is now an essential and integrated part of the platform. By having it as a consistent part of every Xbox One, game and entertainment creators can build experiences that assume the availability of voice, gesture and natural sensing, leading to unrivaled ease of use, premium experiences and interactivity for you.

That comes from an Xbox Wire Q&A published just after the launch event last May. The Kinect was, in fact, so integral to the Xbox One that it was required in order for the console to work, as confirmed by Xbox's U.K. marketing director.

Kinect does require to be connected to Xbox One in all cases, yes.

In the following weeks, it wasn't the bundled Kinect that would attract the ire of would-be Xbox One owners, but rather the company's clumsy explanation of its digital rights policy. 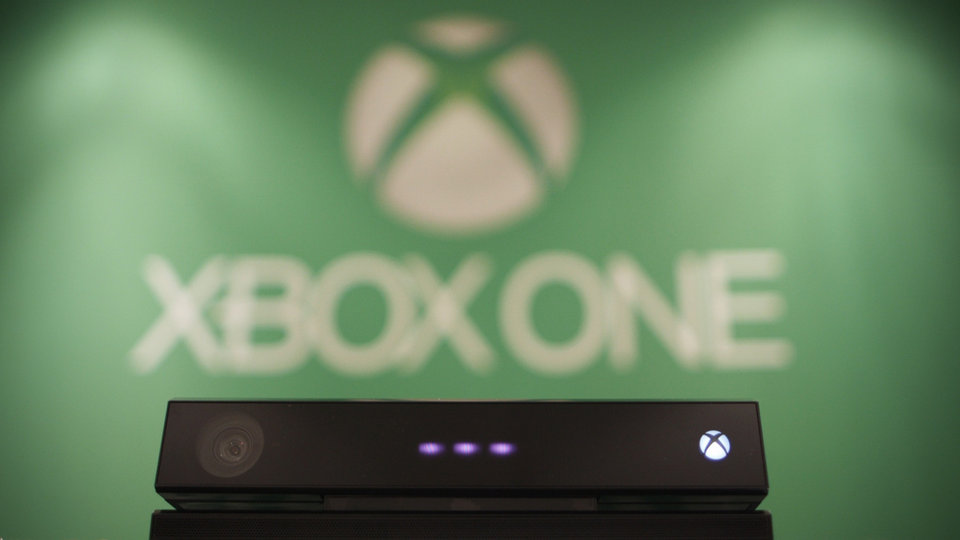 Microsoft: Dropping Kinect could free up extra processing power in Xbox One

With a stated focus on games at E3, Microsoft wasn't interested in debating the merits of its always-on strategy or the wisdom of bundling Kinect in with every Xbox One. Previously Kinect-only games like Crimson Dragon and Ryse reappeared on Microsoft's new console with their motion controls all but gutted, while Kinect-only games like Kinect Sports Rivals failed to impress (both at E3 and at release last month). An admittedly impressive demo showcased possible uses for a bundled Kinect augmenting more traditional gameplay, but proof-of-concept prototypes behind closed doors at industry trade shows don't sell consoles.

With the price of the Xbox One confirmed at $499, a full $100 more than the PlayStation 4, the necessity of the bundled Kinect came into question. Microsoft's Phil Harrison told the Telegraph:

We feel great about the value of Xbox One. It's a unique architecture, with Kinect and the power of the cloud [...] We couldn't be happier with the price we're starting at.

While Microsoft execs were publicly confident about their pricing, changes were already happening. Less than a week after E3, Microsoft reversed its online-only policy, reverting the console's proposed functionality to that of the Xbox 360.

With the always-on controversy behind it, the Kinect came under increased scrutiny. Two months later, buried at the end of an IGN reader Q&A question about the requirement of having the Kinect plugged into the console, Xbox One "Chief Platform Architect" Marc Whitten — who has since left Microsoft — casually revealed that the camera could, in fact, be disconnected.

Games use Kinect in a variety of amazing ways from adding voice to control your squad mates to adding lean and other simple controls beyond the controller to full immersive gameplay. That said, like online, the console will still function if Kinect isn't plugged in, although you won't be able to use any feature or experience that explicitly uses the sensor.

In addition, said Whitten, Xbox One users would be able to turn off the Kinect entirely in the console's settings and still have the Kinect work as an IR blaster for cable TV control. The company continued to maintain its position that Kinect would be the preferred navigation and control interface for the Xbox One. At the time, a Microsoft representative told Polygon, "We still believe that once you try the all-new Kinect and the game and entertainment experiences it enhances or enables, you won't want to use your Xbox One without it."

With the announcement that the Xbox One could in fact operate without a Kinect, Microsoft began to reiterate its necessity. Later in August,  Phil Harrison told CVG:

Xbox One is Kinect. They are not separate systems. An Xbox One has chips, it has memory, it has Blu-ray, it has Kinect, it has a controller. These are all part of the platform ecosystem.

The following week, Harrison was asked by the U.K.'s Metro if there would be a "Kinect-less bundle."

Absolutely no plans at all. We think Kinect is an integral part of our platform. All of the magical experiences that you get, both as a games-player and also the way you navigate the system are made even more amazing because of Kinect.

Kinect is part of the Xbox One. It is part of the experience that we're building. It's as fundamental to the platform as the controller is in many ways. It sounds like I'm making up an excuse, but I think someone [could say], 'What if I shipped Xbox One without a controller, because you would prefer a different controller than the one I'm shipping?'

The following month, Penello waded into the contentious gaming forum NeoGAF to explain the company's insistence on the Kinect being "integral."

You can do a ton with the system without Kinect plugged in, and we support that scenario. However, you will lose some features if it's not plugged in, you'll lose some conveniences. And of course, there will be some games where you need to have Kinect. So, is it "integral" or not? Depends on what you want to do. System will do more if it's plugged in, but if all you want is non-Kinect gaming, no voice switching of games and apps, no instant record features ... then you can use the system without it.

He later clarified his statement, suggesting the now optional device was in fact "essential."

We *do* consider it to be integral to the system. Just because it can optionally be unplugged, doesn't mean it's not essential to the experience. In the same way that you and I agree a controller is "integral" to the system, but the machine can function without one.

"required to function" =/= "required for completeness of the experience"

During a pre-release event in November focused on Kinect functionality in games, Microsoft's Phil Spencer reiterated the "all-in-one" focus of the box in light of the competition's lower price.

The all-in-one system that we built is really about building a box that can play a role in all forms of entertainment in the home. We understand value. We understand the consumer's decisions that they have to make when they're walking in the store. We think the all-in-one value proposition for Xbox One will be really strong.

Following a price drop in the U.K. earlier this year, the value of the Kinect was once again called into question. Xbox U.K.'s Harvey Eagle told the BBC:

We're in it for the long haul. Kinect is absolutely integral to Xbox One. 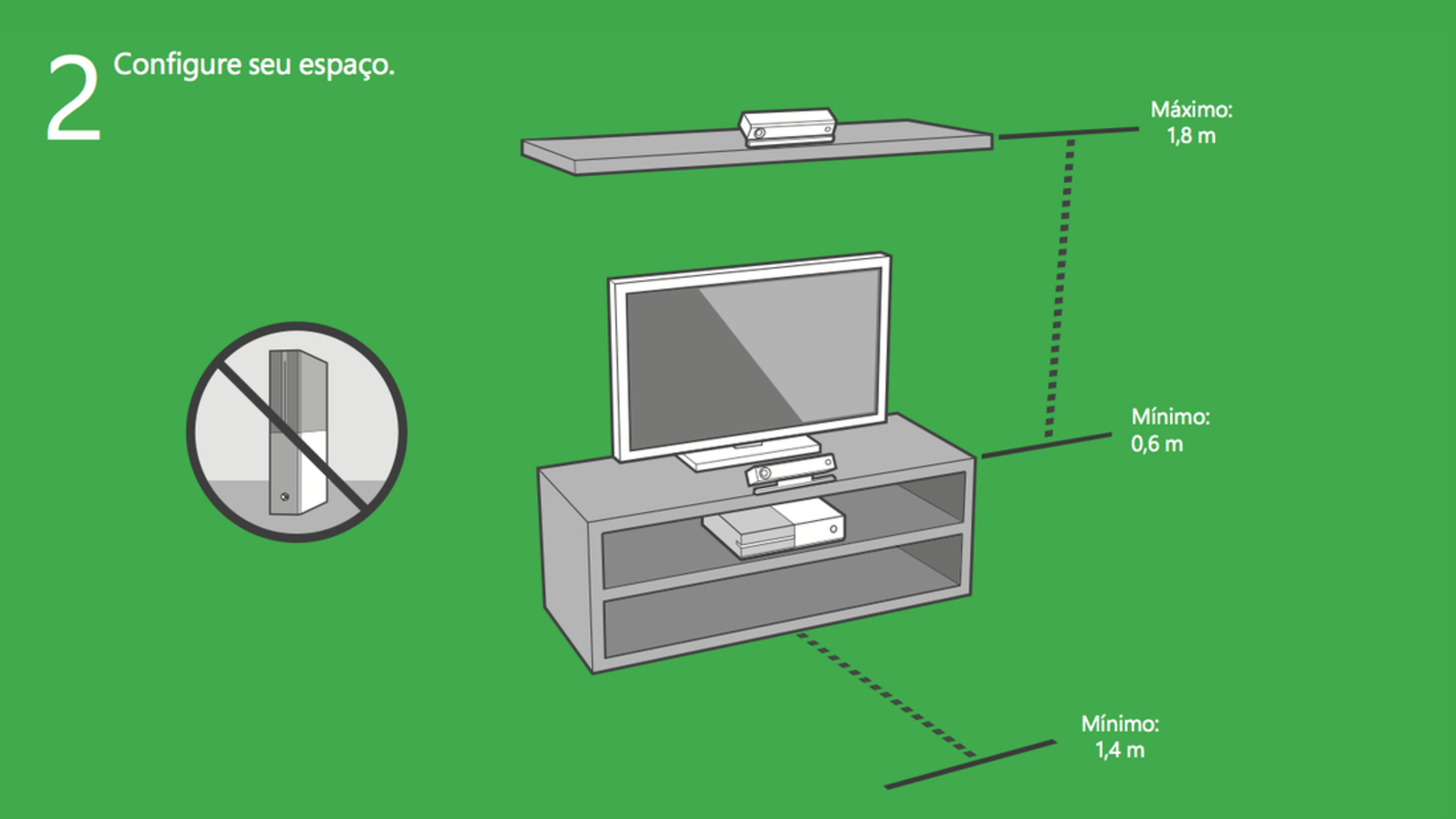 And now, just six months after the launch of both the PlayStation 4 and Xbox One, Microsoft is ceding the Kinect, the latest victim of its muddled console strategy. The removal shaves $100 off the price of the console, finally matching Sony's better-selling PlayStation 4, but raises serious doubts about the future of the device, not to mention Microsoft's ability to navigate the competitive world of console gaming.

Today, Microsoft's Yusuf Mehdi told us that despite its removal in a new lower-priced package, Kinect is still a "core component."

We remain deeply committed to the Kinect as a core component of a next-generation console. We think that the bio-metric sign-in, voice controls of the menu, ability to say 'record that' and capture a moment of gameplay are all critical to the experience.

We have never wavered from that since the launch.