Tesla Effect: A Tex Murphy Adventure is about a man out of time.

I mean that literally — as the game begins Tex has lost all memory of his last seven years — but it's also true in a figurative sense. These sort of games, these sprawling FMV adventures, simply aren't made any more.

While Tesla Effect probably won't serve as a clarion call for a large-scale FMV comeback, it's a soothing, nostalgic balm for those who miss the glory days.

Seven have passed in the post-World War III city of San Francisco (that puts us at 2050 if you're keeping track). With Tex's aforementioned memory wipe, the brilliantly hapless (haplessly brilliant?) detective believes it's just the day after he and girlfriend Chelsee Bando were abducted at the end of 1998's Overseer. With few leads, Tex has to start piecing together his memory and (because this is a Tex Murphy game) stop a plot for world domination. 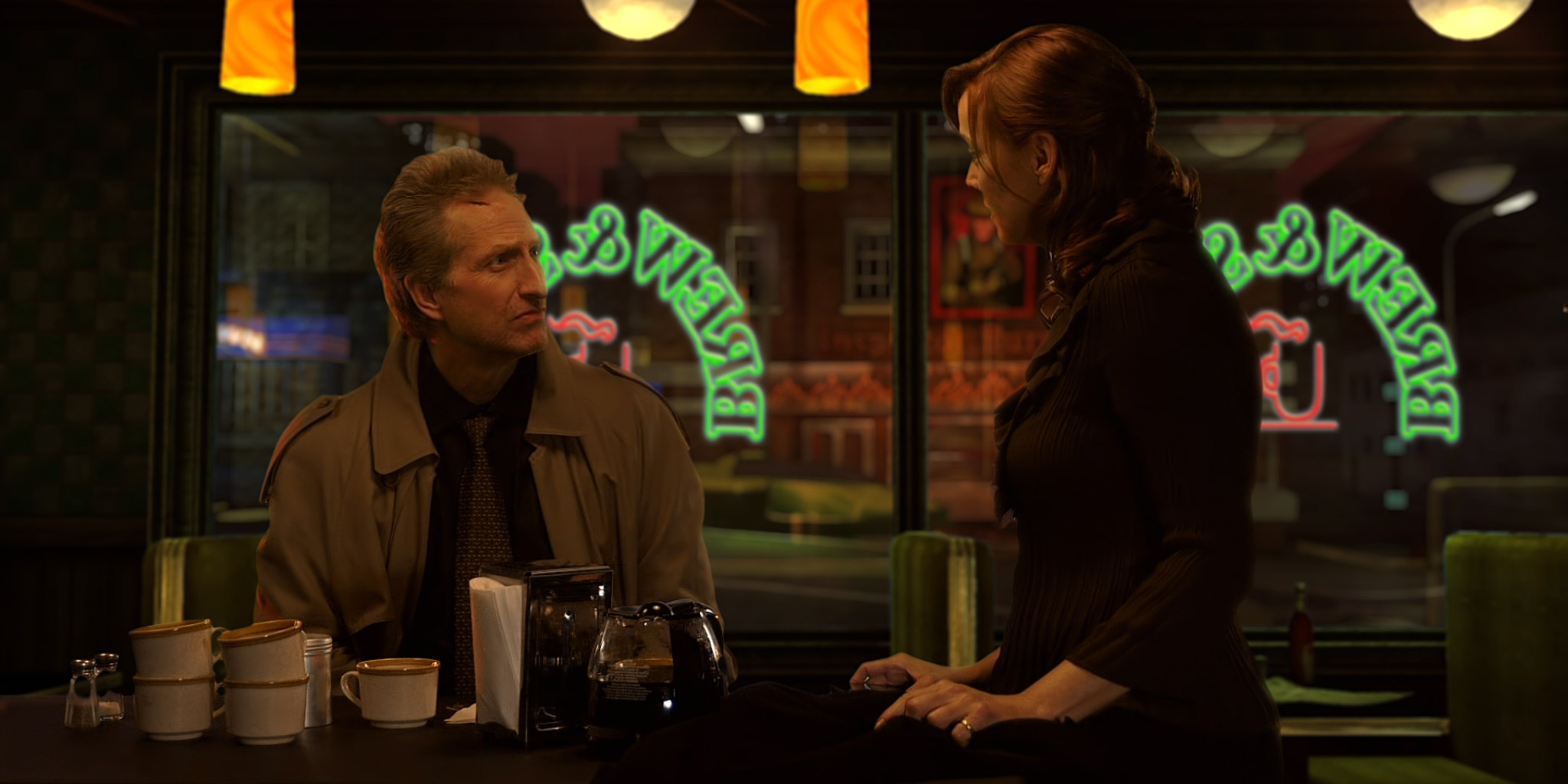 It's been a decade-and-a-half since he last pounded the pavement, but very little has changed about Tex's approach to casework. He still lurks around Chandler Ave., grilling cantankerous pawn shop owner Rook and sweet-natured mutant cook Louie for leads, all while scouring for clues and solving the occasional brainteaser.

If you're already a fan of the series, this will all come as wonderfully welcome news. Seeing Murphy cracking wise again is a delight, and Chris Jones (who also designs the Tex Murphy games) is even better in the part than he was in the late 90s, thanks in part to an age that seems a better fit for a hard-luck P.I. at the end of his rope.

As good as Jones is, the staggering number of returning characters goes beyond the call of fan service. This is as loving a tribute to a game franchise and, more specifically, its fans as you're ever likely to see.

This is a loving tribute to a franchise

The cast isn't all returning faces, though. Tesla Effect fills out the Chandler Avenue Irregulars with some welcome new additions, none more so than MST3K and Rifftrax vet Kevin Murphy as sentient UI Smart Alex. Tex spends a lot of time on his own, so having a sort of partner to riff off of is a welcome addition.

Though I can't imagine there are many Tex Murphy fans waiting for a review before pulling the trigger on Tesla Effect, let me put to bed whatever doubts you may still have lingering. You will love Tesla Effect, and it will make you deliriously happy, and you should buy it.

If you weren't already a fan? You may be left wondering what all the diehards are so excited about.

Very little about the production value of Tesla Effect is bad, per se; it's just (like the rest of the series) unabashedly B-grade. The performances are hammy, the dialog is corny, the rendered environments are cheesy. If you're in the mood for a ham, corn and cheese sandwich, Tesla Effect will be delicious. If not, you're probably gonna want to pass.

The game does make an effort to help newbies feel included, providing frequent clips of Tex's earlier adventures served up as flashbacks. But out of context, these scenes just seem ... odd. They really only serve to provide established fans with some bonus warm 'n' fuzzies.

While I'm willing to chalk production values up to a matter of taste, I'm less charitable about Tesla Effect's actual game mechanics. The series to this point has always featured some really great puzzles, but in Tex's sixth outing they tend to fluctuate wildly between dully rote and utterly inscrutable. The bulk of the "challenge" is generated by wandering around looking for the rope you passed by to finish your grappling hook or the fifth plank you need to finish repairing the ladder. (This process can still be irritating even though Tex's flashlight turns collectible items all sparkly.) 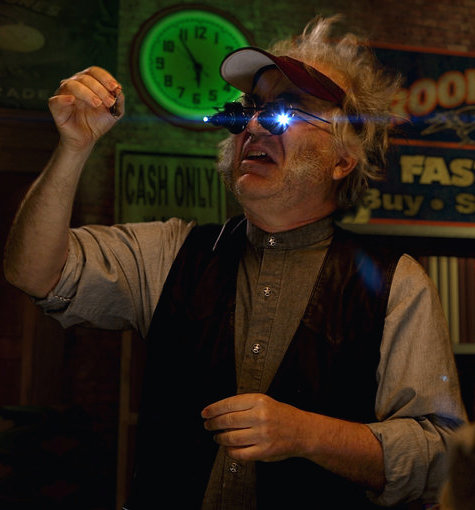 Adventure games have evolved a lot since 1998, and one of the most welcome changes has been a shift towards puzzles that adhere to some sort of internal logic. But Tesla Effect makes none of these newfangled concessions. When I had to find special C4 gum to blow up the cabinet holding a hammer even though I had just used (and apparently discarded) a perfectly serviceable hammer not 30 yards away, I'll admit to momentarily wishing the good old days had stayed exactly where we left them.

Mercifully, you can skip puzzles you can't make heads nor tails of, and a built-in hint system means I rarely got stuck for too long. At its core, Tesla Effect is a nostalgia delivery system, and it's determined not to impede your progress to your next fix.

Tex Murphy has been fairly successfully transported to the modern era, and maybe that's enough for the established fans. It's just a shame he didn't pick up enough new tricks in his sixteen-year hiatus for everyone else to take notice.