Watch Dogs special editions total $1,240, but do you really need that hat?

Share All sharing options for: Watch Dogs special editions total $1,240, but do you really need that hat?

If you were to purchase every special edition available for Ubisoft's open-world adventure Watch Dogs, you would spend just over $1,240.

This includes all region-exclusive editions, such as Australia and New Zealand's ANZ Special Edition and the Europe, Australia and Asia-only Vigilante Edition, the only version that offers a wearable replica of protagonist Aiden Pierce's hat. You come away with 10 copies of the game — and don't forget about the season pass. Of course, you wouldn't be able to play every version because of console region-locking.

Watch Dogs' May 27 release date is approaching. Earlier this week people pointed out on Twitter the visual absurdity of the game's Wikipedia page, which sported a now mysteriously missing chart detailing what special editions are available where and what downloadable content and physical goods are available in them. The chart listed nine special editions spread across the globe — four are available in North America, four in Europe and the U.K., three in Australia and New Zealand (including one regional exclusive) and two in the Middle-east and Asia. This doesn't count the retailer-specific pre-order bonuses available with North America's Standard Edition, spread across Amazon, Best Buy, GameStop and WalMart.

So how can you get the most for paying the least? It's tricky, and if you're in Europe you have access to more physical Watch Dogs goods, while North American versions make it easier to amass DLC.

How to get it all

If you want every piece of DLC and physical swag that Ubisoft is offering, you're SOL if you're outside of Europe. You'll need to purchase two special editions, the Dedsec Edition (£89.99, or USD $151.47) and the Vigilante Edition (£109.99, or USD $185.14) as well as the season pass ($19.99). The PlayStation 3 and PlayStation 4 versions come with exclusive content — the White Hat pack featuring a swanky white coat for Aiden and 60 extra minutes of gameplay — so you'll want to buy for one of those consoles. 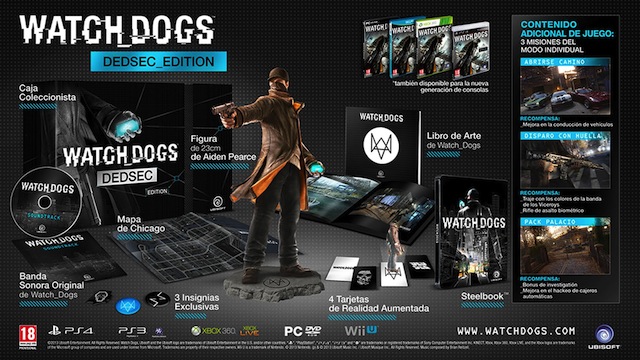 You can't get by without the season pass either, because only through the pass can you access the T-Bone single-player campaign and Conspiracy Mode DLC. This totals $356.60 and players walk away with two copies of the game, two copies of the soundtrack and two Aiden masks, as well as doubles of codes for some add-on item packs.

The two pieces of season pass DLC, the T-Bone campaign and Conspiracy Mode, will continue to be problematic to obtain for non-North American players, as the season pass is the only way to obtain them — they are not included in any special editions.

Players in Australia and New Zealand get an additional piece of DLC unavailable in other territories — the Chicago South Club Pack. This is only obtainable in the ANZ Special Edition ($84.04), which brings Australian players' tally up to USD $440.64 if they want to collect all DLC. They also walk away with two extra copies of the game to give away or trade in. 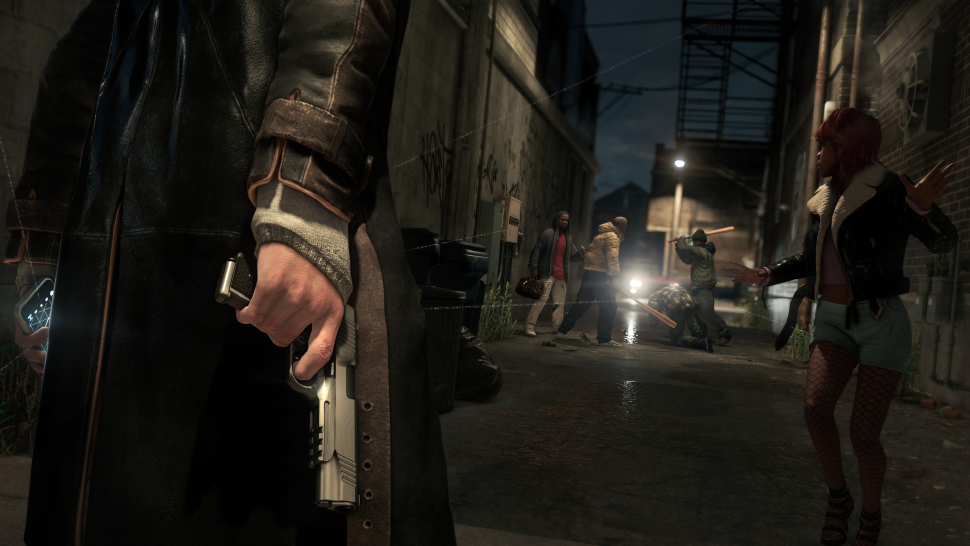 Why Watch Dogs went into hiding

In order to get all physical goods and DLC in North America, players need to purchase for a Sony platform to get that sweet exclusive DLC. Buying the Limited Edition ($129.99) plus the season pass nets you everything for $149.98. You'll get all DLC packs and the two season pass segments, as well as special packaging for the game, a copy of the soundtrack, Aiden's mask, an Aiden figurine and a steelbook case. You also get only one copy of the game and don't have to bother yourself with trade-ins.

North American players, unfortunately, miss out on some of the grander Watch Dogs swag. In this region, no collectors edition includes the map of Chicago, Aiden Pearce's hat, the four augmented reality cards and three decorative badges. Europe has the big juicy collectors editions, while NA versions seem more focused on playable content.

If you're only interested in the game and its DLC, you have two options that cost the same in North America. Purchasing the downloadable version off the PlayStation Network for either PS3 and PS4, or purchasing a standard edition for a Sony platform with a season pass. Both these options cost $79.99 and are the least fussy way to get all in-game content.

None of the above applies to the Wii U version, which is at this time is still in limbo.

How to cash in those extra Dogs

So, European and Australian players, about returning those extra copies of Watch Dogs: unless you're feeling generous and want to invite your less-financially-flexible friends to join you in Chicago, you'll want to recoup some of that cash. If you're in Europe you have one extra copy if you went for the all-DLC plan, and two extra copies if you're in Australia.

Using these same three games as a reference, you can get around of £18.05 (USD $30.38) through the Amazon U.K. trade-in program, while GameStop U.K. and EB Games U.K. and Australia all take trade-ins and second-hand sales on a case-by-case basis. However, given GameStop's notoriously low trade-back values, going through GAME for cash or store credit looks like your best bet.

Luckily for North America players, they won't have to deal with any trade-ins.

But for Assassin's Creed 4, Ubisoft strove to tie bonus in-game content to the purchase of physical goods; one example of this is bundling codes for additional in-game outfits with McFarlane Toys' Assassin's Creed figurines. Some cosmetic DLC, like the costumes and extra guns, required two or three save files from previous Assassin's Creed games. These save files also had to be registered to a UPlay account, furthering racking up the number of hoops players needed to jump through to obtain all DLC.

Watch Dogs is also not the first game to receive swag-heavy editions exclusive to Europe. Assassin's Creed 4 had Europe-only versions bundled with artbooks and elaborate dioramas — four of them, to be exact. More recently, JRPG-inspired Child of Light was released as a downloadable title in North America, while Europe got a physical collectors edition with goods like artwork and the soundtrack.

To sum it all up, you'll be spending more money to obtain all DLC and swag if you're in Europe. Fortunately for players only concerned with playable content, this is the cheapest and easiest mission to accomplish. As for those who really need Aiden's hat — it's time to make some friends in Australia.