Share All sharing options for: The Doodle Jump comic will tell you why the Doodler is jumping

Dynamite Entertainment's upcoming comic based on Lima Sky's mobile platformer Doodle Jump — set to launch at retail and digitally on June 18 — was created to answer the frequently-asked question: Why is the Doodler jumping?

"We've thought for a while that Doodler is the kind of character who could break the boundaries of linear storytelling," head of publishing for Lima and comic co-writer Mario Udzenija told Polygon. "There's a community of fans who regularly ask us 'What is he jumping up to?' and 'Is there something up there?'  There are even rumors of Doodle Jump as a metaphor for Life."

Rich Young, Dynamite's director of business development, explained that the company had been looking for a way to bring an established mobile property into the consistently-growing comics market. After searching through the most popular mobile games, the company settled on Doodle Jump, a platformer about a tiny creature — the Doodler — jumping ever upwards, avoiding enemies and traps that will crash him back down to earth. The game was initially published for  iOS and Android in 2010 and Windows Phone the following year. Xbox 360 and Nintendo 3DS versions followed in 2013.

"It was clear that we had to look closely into the weird and extraordinary worlds of Doodle Jump to find the answers," Udzenija said of the oddly philosophical questions surrounding the game's universe. "Often a blank slate is intimidating; in this instance it was liberating.  We've wanted to tell his story for a while.  It took four years for Lima Sky and Dynamite to find one another, but the connection was instantaneous."

Young explained that the app's popularity was a major factor is getting the comic series off the ground: according to Lima, the game is the number three all-time top paid app and has been in the top 25 apps for the past three years. 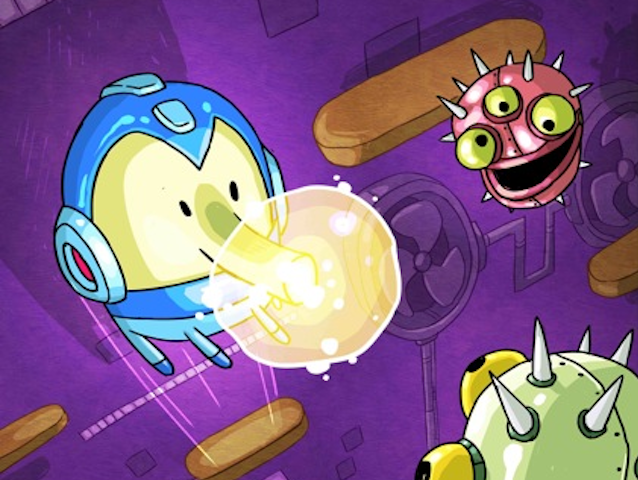 "But it didn't have a backstory established yet," he explained. "So [the comic] was a chance for us to help develop this cool world and the characters that inhabit it from the ground up, and tell some stories that we think people who play the game are really going to like."

So how does expanding a mobile game without a story in to a narrative-driven experience work? What connects the skill-based platformer to the adventures of the Doodler in the comic? It seems strange for Doodle Jump to have such an elaborate backstory, but the creators promise the world-building potential is there.

"Start with bouncing, naturally," Udzenija explained. "Since Doodler is constantly jumping from one platform to another it was easy to make him jumping from one comic panel to another. So the story had to have a journey at its core. The game itself lacks dialogue, but there already exists a basic good versus evil narrative thread.

"Aside from the 'metaphysical' question of what lies beyond the visible world, another mystery that we explored [in the comic] are the Black Holes that are a constant threat throughout the videogame," Udzenija added of the games plot. "In the series Doodler has to find out more about this mystery while dealing with monsters, robots, ninjas and shopping malls. The quest — a trippy bildungsroman — leads Doodler into some pretty dangerous situations where he's forced to learn something extraordinary about his own abilities."

Udzenija noted that the Doodler comes across "some badasses and a lot of weird characters" during his journey, but the typical cliches of a pitting a hero up against an evil mastermind won't apply. The antagonist is weird — just as weird as the idea of an ever-higher-jumping Doodler, if not more so.

Currently the Doodle Jump comic has six issues in the pipeline, with future content still to be determined. 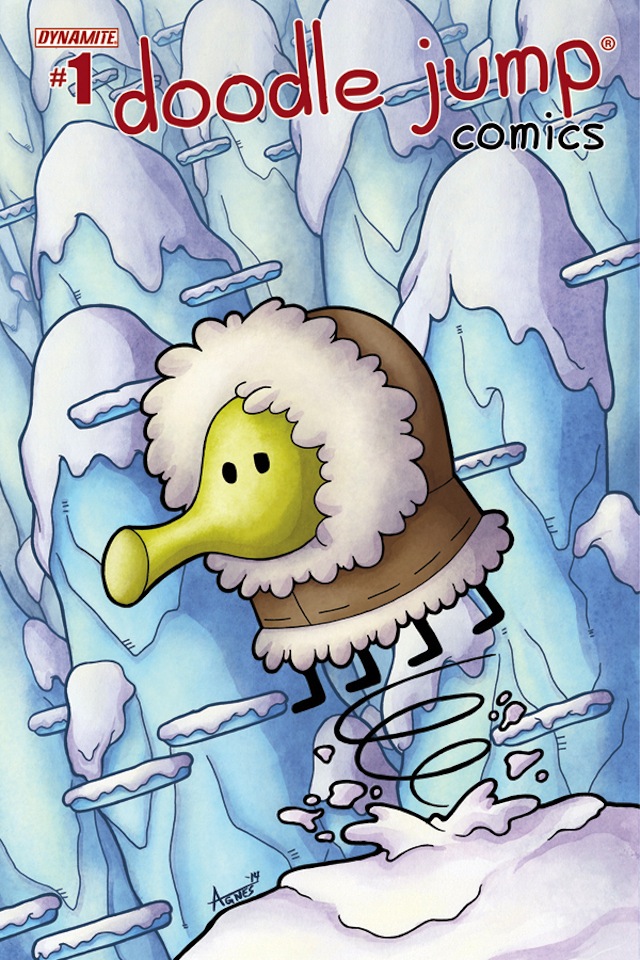