Share All sharing options for: Nike unveils limited-edition shoe that only NBA 2K14 players can buy

Nike's latest pair of LeBron James-branded sneakers is a real-life pair of shoes that only came to fruition because untold numbers of dedicated NBA 2K14 players put in a lot of work on the virtual hardwood.

According to Nike, it is the first physical basketball shoe to be unlocked from a video game.

In honor of James' appearance on the NBA 2K14 cover, Nike Basketball worked with 2K Sports and developer Visual Concepts for a unique promotion. Nike designed a special NBA 2K14 version of the LeBron 11, which debuted last year to mark James' 11th year in the NBA, with a production run limited to 2,014 pairs. The only people to get the opportunity to buy the shoes would be a special group of NBA 2K14 players — individuals who completed a specific set of in-game tasks in the PlayStation 4 or Xbox One versions of the game.

Those milestones included playing a minimum of 60 games in the MyCareer mode, earning an elite ranking, creating a shoe inside the game's Nike Innovation Kitchen and choosing the Nike sponsorship path. According to Nike, the goals required a total of about 80 hours of playtime. Players who satisfied the requirements had a chance at being part of the group who could pre-order the $220 pair of shoes.

Nike's design for the NBA 2K14 edition of the LeBron 11 combines a jungle print and a crimson upper portion that are meant to "[symbolize] the heart of a lion," according to a press release from the company. You can see views of the sneaker's profile and sole below. Nike is notifying the 2,014 lucky individuals, and the shoes will ship out soon.

For more on NBA 2K14, check out our full review. 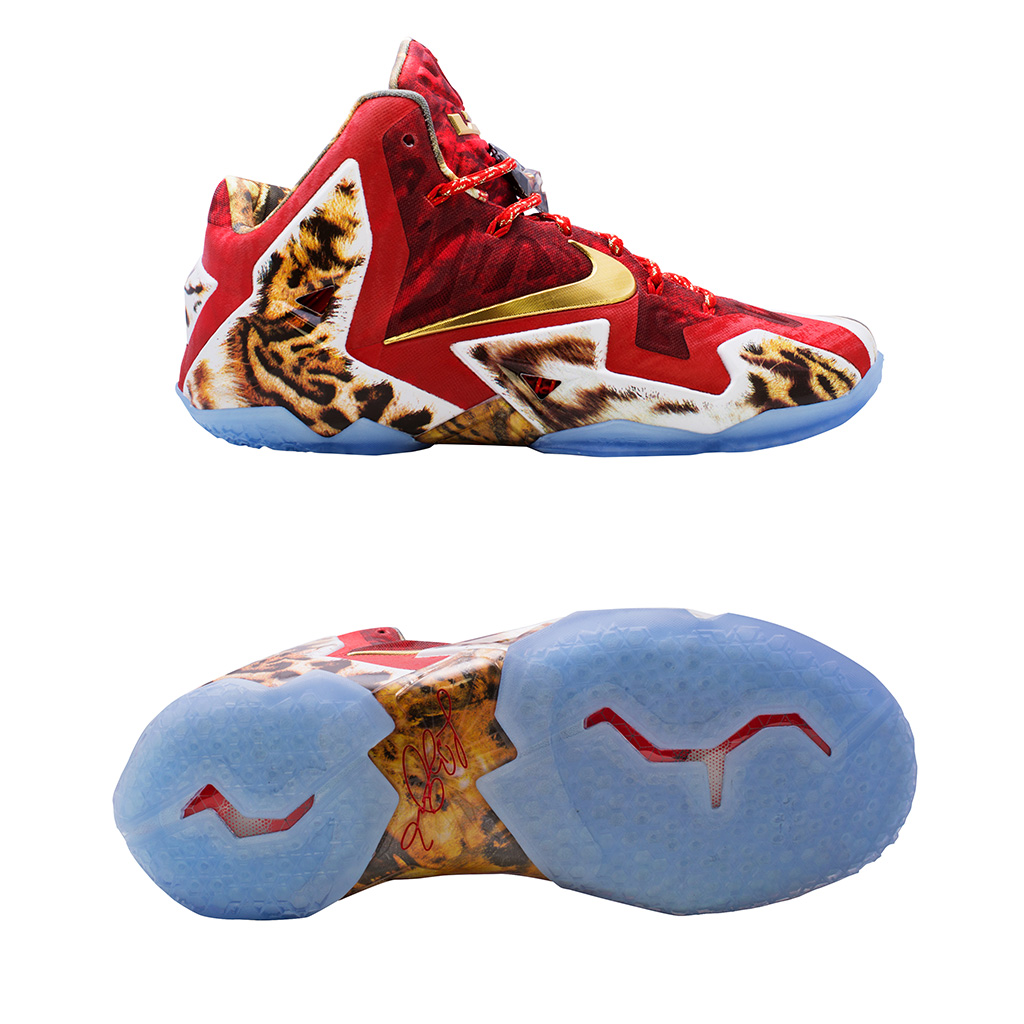