PlayStation 4 shooter Killzone: Shadow Fall will get its cooperative multiplayer expansion, Intercept, next month. The add-on brings with it an all-new mode for up to four players that focuses on class-based gameplay and emphasizes risk-versus-reward tactics.

Intercept, which will be available to Killzone: Shadow Fall season pass holders, available for purchase and sold separately as a standalone product later this year, puts players behind Helghast enemy lines. The goal is to intercept enemy intelligence by protecting a series of information uplinks — and your base — from waves of Helghast troops.

In practice, that means acquiring a set number of points through kills, reviving downed teammates, reclaiming uplinks from enemy control and more. Scoring points, however, is just part of the challenge. Players must also bank them at a central terminal for them to count toward your overall score.

Developer Guerrilla Games has added a few twists to scoring. Players draw upon those banked points to respawn dead teammates, for example. And the longer players hold onto points before banking them, the more bonuses they can get, resulting in a trade-off.

Players can also acquire bonuses through play, like jet packs for your team, mortar strikes, turrets and ammunition resupplies.

"You really have to rely on your teammates"

Intercept will let players choose from one of four classes: Assault, Marksman, Tactician or Medic. Each has his own strengths, weaknesses and role to play in the class-based multiplayer mode.

"For classes, we looked at their abilities and weapons and made sure there is very little overlap between the four," said designer Arjan Bak. "We have the Assault, who has a very powerful shotgun and he's the one that can quickly recapture the uplinks if they're lost. On the flip side we have the Tactician. His game is more of a first-person tower defense. He's got to constantly look around and find the best spots to place his turrets."

The Medic performs a familiar class role in shooters, healing and reviving teammates with his drones, needing to remain vigilant about the status of his fellow soldiers. The Marksman, armed with an explosive sniper rifle, serves as the team's eyes.

"We don't have a minimap because we wanted the Marksman to sit up in a high position and call out where the enemies are coming from," Bak said. "You really have to rely on your teammates — with friends, it's really fun to play that way." 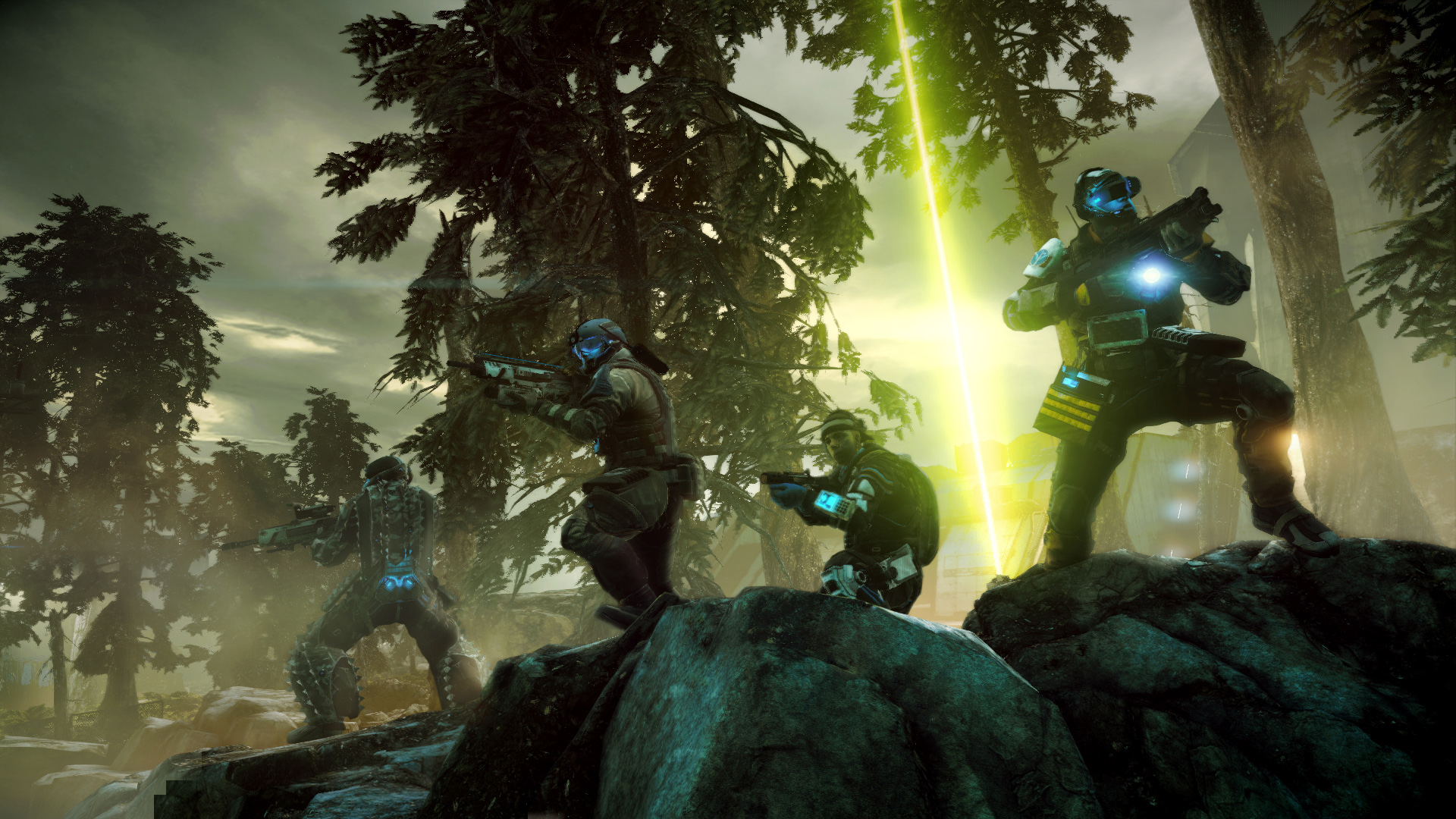 Each class will have its own individual challenges and progression system, through which players will unlock some 40 different weapons and items.

"For Intercept, we decided to go for a more traditional unlock progression path for the weapons, because in a coop game it's not about being competitive and having that edge," Bak said.

In the demo version of Killzone: Shadow Fall Intercept that we played at an event in Los Angeles last week, we were challenged with scoring 2,000 points during our intelligence-gathering mission. Doing so took roughly 20 to 25 minutes, even with the help of a couple Guerrilla dev team members, who illustrated how important communication was in Intercept. Chatter and situational awareness are crucial to survival, since the death of one teammate can put the group at a serious disadvantage.

Part of the challenge in Intercept comes from the expansion's AI commander, who adapts the structure and behavior of the Helghast soldiers to how your team is playing.

"The AI commander is going to pick the best strategies based on what you're doing," Bak said, "so if you're doing really well, he's going to try a new strategy and push you down. One example of that is that we've added mini-boss fights."

Those mini-bosses are stronger, deadlier characters ripped from Shadow Fall's single-player campaign and the AI commander will drop them into certain waves to boost Intercept's difficulty.

While there's no discrete difficulty setting, players do have the option to shoot for a specific number of points to ramp up the challenge. Options range from shorter training missions to rounds "that could last all night," Bak said. And with the game's AI commander, difficulty is expected to ramp up (or down) naturally.

Killzone: Shadow Fall Intercept will include four maps at launch, and Guerrilla will roll out an additional six maps in the coming months. The add-on doesn't have a set price yet, Bak said.