CCP CEO on World of Darkness cancellation: 'We are now the Eve Universe company'

Share All sharing options for: CCP CEO on World of Darkness cancellation: 'We are now the Eve Universe company'

White Wolf publishing merged with Eve Online developer CCP Games in 2006, while the World of Darkness MMO was already in the planning stages.

It seemed like a strong fit; Eve Online provided the sort of "anything goes" sandbox atmosphere that would work well with the political and social focus of the World of Darkness table top role-playing games. But the game was ultimately cancelled in mid-April, after an extended and troubled development cycle.

"We began with huge aspirations, wholly optimistic ones, which is often the case when you come from any success and you want to expand on that. And we’ve made many scoping [changes], changed direction and all that through the year, and the core experience has suffered for it, in a way. And it still had a relatively long way to go," CCP CEO Hilmar Veigar Pétursson told Polygon in an interview in Iceland during Fanfest 2014.

"And even though it is extremely difficult because the idea and the concept are terribly inspirational and powerful, we really had to be honest with ourselves. This is not trending towards what we were hoping or planning for in the beginning, and it’s better to stop now than to continue at this rate, at this pace, or making yet another change to the premise," he continued. "So, even though it was extremely difficult, this was the time where it’s OK, we have given it all we’ve got for now. Better to stop it, and company to go focus on the EVE universe." 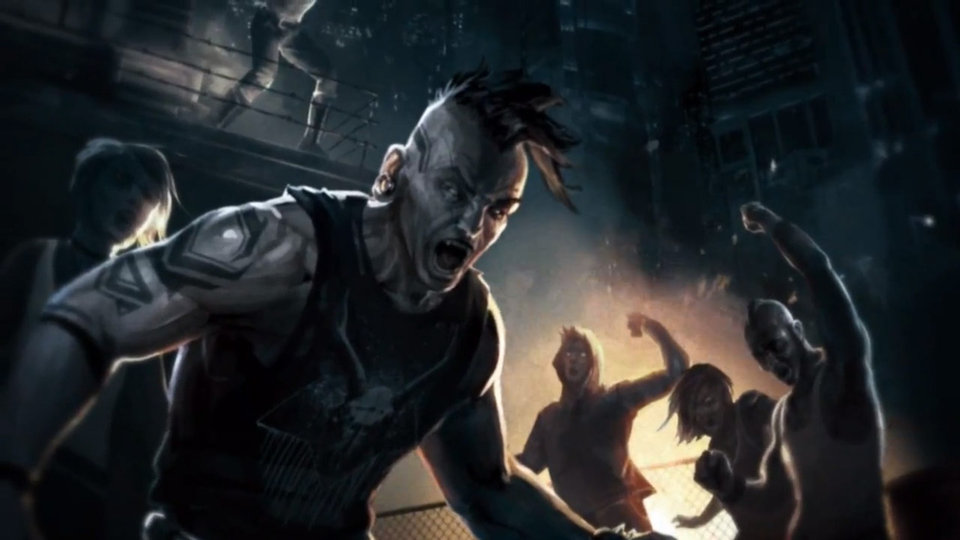 A eulogy for World of Darkness, written by (and for) a White Wolf fan

The Eve Universe has become rather complicated itself; and the game’s world now exists between Eve Online, the PlayStation 3 shooter DUST 514, and the upcoming Eve Valkyrie. There are also comic books, merchandise and an upcoming television show.

Still, fans of the World of Darkness universe were disappointed in the cancellation, and Pétursson was unwilling to provide any details about what may happen next with the property.

"We’re not really ready to talk about it,"  he stated. "The first part is to stop what we [were doing], take care of the people, which are no longer with CCP, we spent a lot of effort in making sure we do everything within reason to find placement. The team is very talented, so not super concerned about that per se, even though it’s painful to see that talent leave the company."

"Us that remain, we are much more focused on the EVE Universe and have a much simpler strategy," Pétursson continued. "We’ve gone and approached this, we’ve got feedback from the community and the fan community, but we listen and we take all that in. But it’s just too early to talk about the future on that front."

Pétursson addressed the cancellation during Fanfest’s first presentation to the press and fans yesterday, and discussed the difficulties of "building two universes at the same time." His following remarks will go a long way to extinguishing hope of any upcoming White Wolf-based video games.

"Right now, the strategy of the company has been simplified by a lot. We are now the Eve Universe company, everything that CCP does, every CCP employee, is working on the EVE Universe," he told the crowd in Iceland. "We very much want to make that the focus going forward, and really prove out that we can make product experiences come together in a common social effort, where each one of them can stand on its own merit, but together they have a massive harmony effect, similar to a symphony."

"If Internet space ships were ever serious business at CCP, that is now the case, and will continue to be so," Pétursson said.