"You’ll see people carried out of the ring tonight," the man tells me. His hand completely enveloped mine as we shake.

I’m sitting across from two developers from CCP. One of them looks, on the whole, relatively "normal." The other appears to be Zangief from the Street Fighter series. We’re discussing the fact that 10 developers from CCP are going to fight Icelandic UFC fighter Gunnar Nelson.

The rules are bonkers. They’re going to fight him one at a time. Ten men, in a row. I’m told that you’ll be forgiven for tapping out in an arm or leglock, but if Nelson were to get you in a chokehold, you’re honorbound to hang in there until you lose conscious. The idea is to wear him down, to make him tired. If all you can do is make him work for your loss of consciousness, than by god it’s your duty to make him spend that energy. 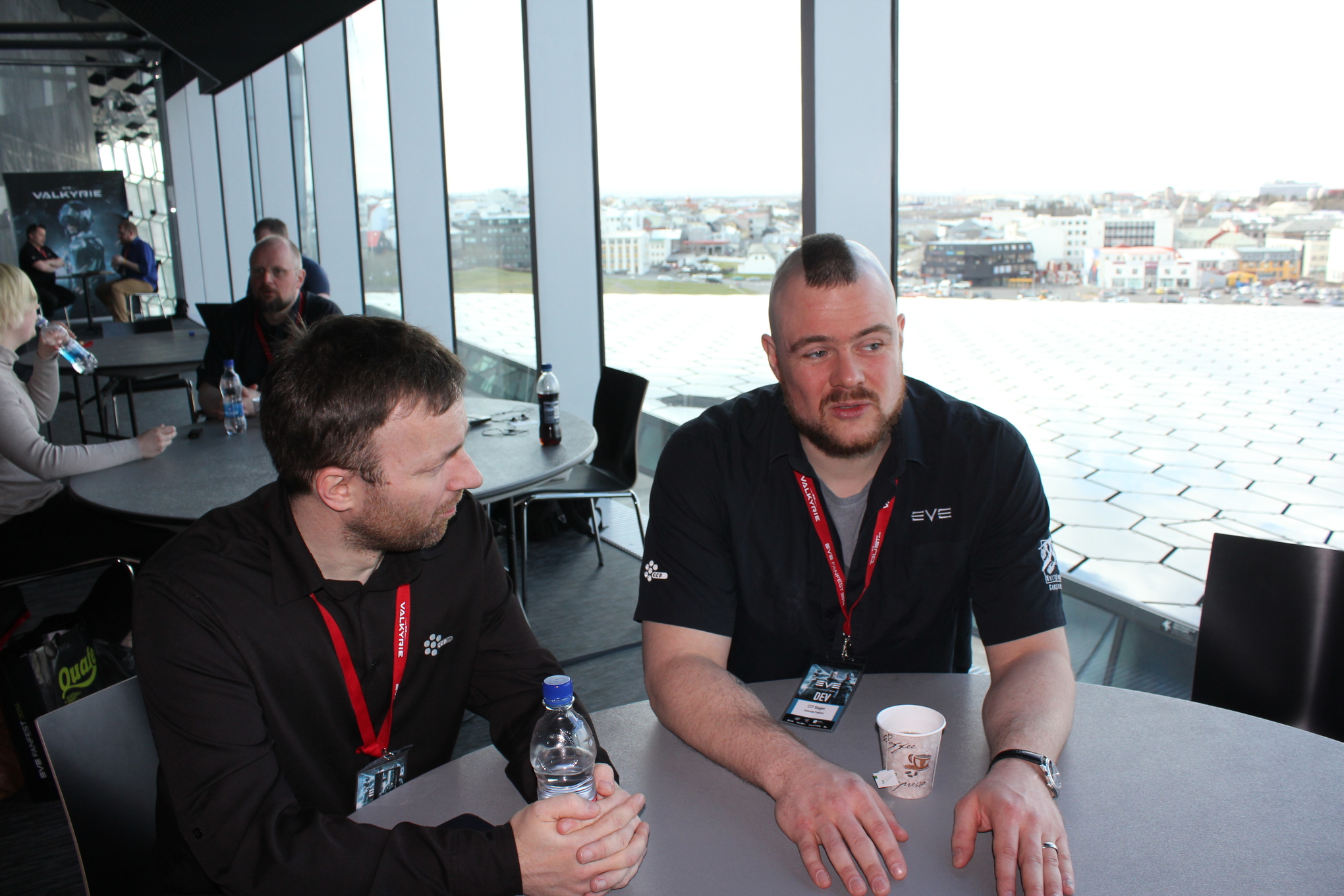 This has been coming for a while.

"You would be blind if you weren’t aware of the MMA invading CCP thing that happened sort of slowly over the last three years. And you see people coming, at lunch, red in the face and sweaty from training at Mjolnir [a local mixed martial arts gym], which is a few paces from our studio," CCP CEO Hilmar Veigar Pétursson said.

"So, I mean, this is something, it happens, it goes places, then it turns into something. There are some crazy, I would call them, agent of chaos within the company that then come up with a proposal," he explained. This is how this 10-person march of pain was created. The people of CCP wanted to go toe to toe with a real, professional, trained fight and see how they stacked up. They want to crash like waves against the rocks of Nelson's fighting ability, wearing him down until one is able to take him out.

The developers are taking this seriously. One of the fighters told me to expect some developers to get flattened; to last only a few seconds in the ring. Others may last as long as three minutes. Maybe one will cause Nelson to tap out.

"You’re going to see some MMA Cirque de Soleil tonight. We’re definitely having fun with this. But it’s definitely clear that when people step into the ring, it’s business time," they tell me. They are there to fight and bleed.

"We’re coming in force, but whether the force will be sufficient? It remains to be seen." I'm told. It's becoming hard to attribute quotes as Icelandic names and fighting styles are railed off. It's an unholy mess of consonants and fear.

They made me promise not to publish these quotes before the fight. They have the Icelandic Judo champion involved on their side, he’s been the champion for 20 years. They have someone who studies Glima, the national sport of Iceland. It’s a style of folk wrestling, a take-down martial art. They have a karate champion who has beaten Nelson in the past.

"Gunnar knows the feeling of losing to him. That’s why he’s on the team," CCP’s coach Sveinn J. Kjarval, told me. They have the strongest man of Mjolnir on their team, who lifts 40 kilo kettlebells, and does push-ups with Kjarval on his back.

"I think some of these men, Nelson will have problems with them," I was told.They will not fall easily.

"This is no holds barred submission wrestling. It’s real. We’re going to do what we can. There are no points scored, no time limit. You either win or you lose," they tell me. They admit that Nelson is a world-class athelete, 14th in his weight class in the UFC. He’s undefeated. "I think most people don’t get how good he is, but that’s why we want to beat him," I'm told.

The octagon is revealed to pulsing techno music after the Eve Online keynote. It's about to get bloody.

The end of the fight

There weren't gloves or mouth guards, as this was purely wrestling. CCP traded stamina and ground game for pageantry, as they brought in fighter after fighter who was easily manhandled and then submitted by Nelson. Then a fighter came, dropped from the ceiling, dressed as a character from Dust 514. Then they had a fighter slowly enter the ring via motion controlled zip line. The end result was the same, time and again; Nelson got them to the ground, and kept the pressure on until they tapped out.

That being said, CCP employs a surprising number of people who keep in incredibly good shape and follow some form of martial art. There's just not much you can do against a professional MMA fighter who does nothing but train to fight. CCP put on a good show for an enthusiastic crowd and, as we flooded out of the arena onto the streets of Reykjavik for the yearly pub crawl, no one was complaining about not getting their money's worth.