Share All sharing options for: Wolfenstein is the rare game that shows sex as both fun and healing

Video games often use violence uncritically in order to entertain the audience, but the lack of insight into carnage is nothing compared to the art form’s complete disregard for the complexities and joy that come from sexual relationships. Most games have barely moved past the "if you have sex, you’re about to die" trope of horror films.

Sex in games is almost exclusively used to give players, who are assumed to be male, something to ogle at between blood baths. The last place I expected a more realistic, and often touching, view of sex was the latest Wolfenstein game.

One of the best things that Wolfenstein adds to the over-packed run-and-gun genre is the addition of scenes that show what these people do between missions to end the Nazi rule. They decorate their rooms, they play musical instruments and they connect to each other and the world in which they live. There are hints they try to find fleeting moments of contentment, even during a seemingly unwinnable war.

There is a scene that takes place inside a train that shows a Nazi official putting our hero through a sort of Aryan litmus test. If he passes, he lives. If he somehow betrays "impurities" in his blood? Well, there's a reason the gun is there. These people are in power, they’re used to being in power and they can kill anyone they want, whenever they want, for any reason.

B.J. finds himself completely at the mercy of the situation, and if they decide to end his life there is nothing he can do about it. It's a rare moment where a video game hero's agency is removed completely. The Nazi characters' first reaction, to play with that fear as if it were a toy, is scarier than almost any scene of graphic violence in the game. B.J. returns to his cabin shaken and belittled.

Anya Oliwa, B.J's companion for the train ride, is also dealing with her world coming to an end, and the loss of the people she cared about. The two characters are stuck in a train car, moving through the night towards a future that’s almost certain to contain their death. There is one bed.

"Do you mind sharing?" she asks.

What comes next isn’t over the top; the camera doesn’t zoom into the nudity so you feel like a voyeur. The situation doesn’t feel forced, it’s simply a matter of two people who share a common goal connecting in a world where neither of them have anything left to lose.

Their lives are meaningless in this new world order, and they have both recently been reminded of this in terrible ways. The idea that they would reach for something, or someone, to reconnect themselves to their inherent humanity makes all the sense in the world. This look at sex as something that can be used as a method of connection, and perhaps as a healing act, is exceedingly rare.

The fact the woman in the story initiates it, and is then not punished for it, makes the situation a rarity in pop culture as a whole. 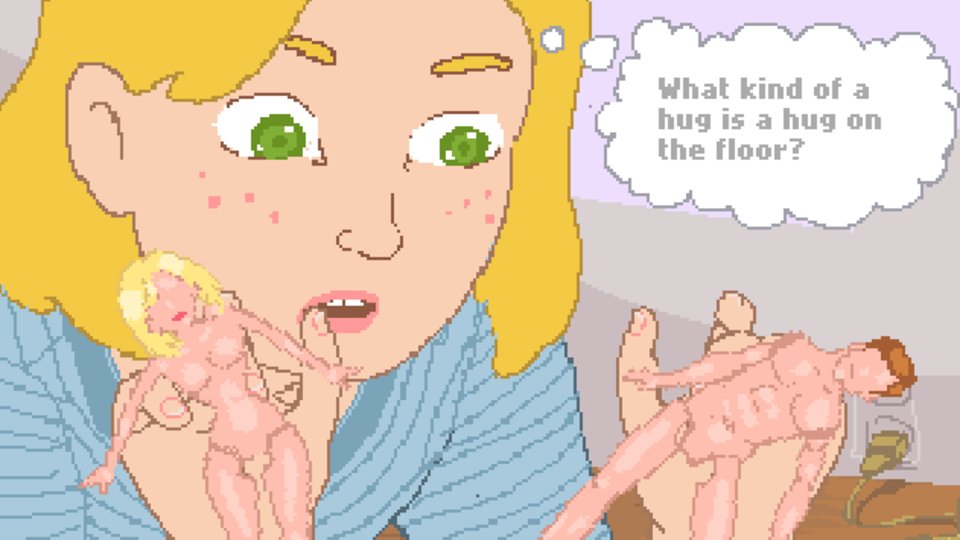 There is a second moment in the game where a character walks in on the two characters having sex, and asks them to at least try to be a bit quieter. It’s played for laughs, and again the goal doesn’t seem to be titillation. Everyone involved in the scene seems to be more amused by the situation than anything else.

The new couple is spending a lot of time having loud, enjoyable sex, and there’s little privacy to be had in their safe house. So of course people are going to be both amused and annoyed by the situation.

The fact that sex is happening in the safe house, and often enough for people to find it funny, is almost seen as something worth celebrating. It’s a win for the resistance; people are finding each other and taking pleasure in each other’s bodies.

If the first instance of sex in the game highlights how physical intimacy can be a way to connect and heal, this moment underlines the fact that sex between consenting adults can be fun. We so rarely see people simply enjoying the act of sex in pop culture that having it presented in this way seems downright progressive for games.

Wolfenstein plays with many heavy topics, including concentration camps and eugenics, but it shows a pleasantly light touch when it comes to sex. We need more of this in gaming.