How DriveClub is seeking to perfect social racing

Share All sharing options for: How DriveClub is seeking to perfect social racing

Few artifacts of the entertainment-consumer complex are quite as fetishistic as the racing game.

How the lolly-eyed cut-scenes linger over those gleaming radiator grills, flashing pistons and magisterial headlights. How the sun sparks on gorgeous shades of Lust, Ruby and Maroon.

We play the games as a substitute for owning the carriages. Their thrusting horsepower so wildly outside the means of mere mortals, that simulation becomes the only recourse to satisfaction; that and the odd hour in the hot, drowsy company of Top Gear's petrol-headed pimps.

But look, you need not enjoy this divine pleasure on your shameful lonesome. DriveClub is not about locking yourself away as you furiously try to beat that best time. It's about doing the deed with like-minded others. 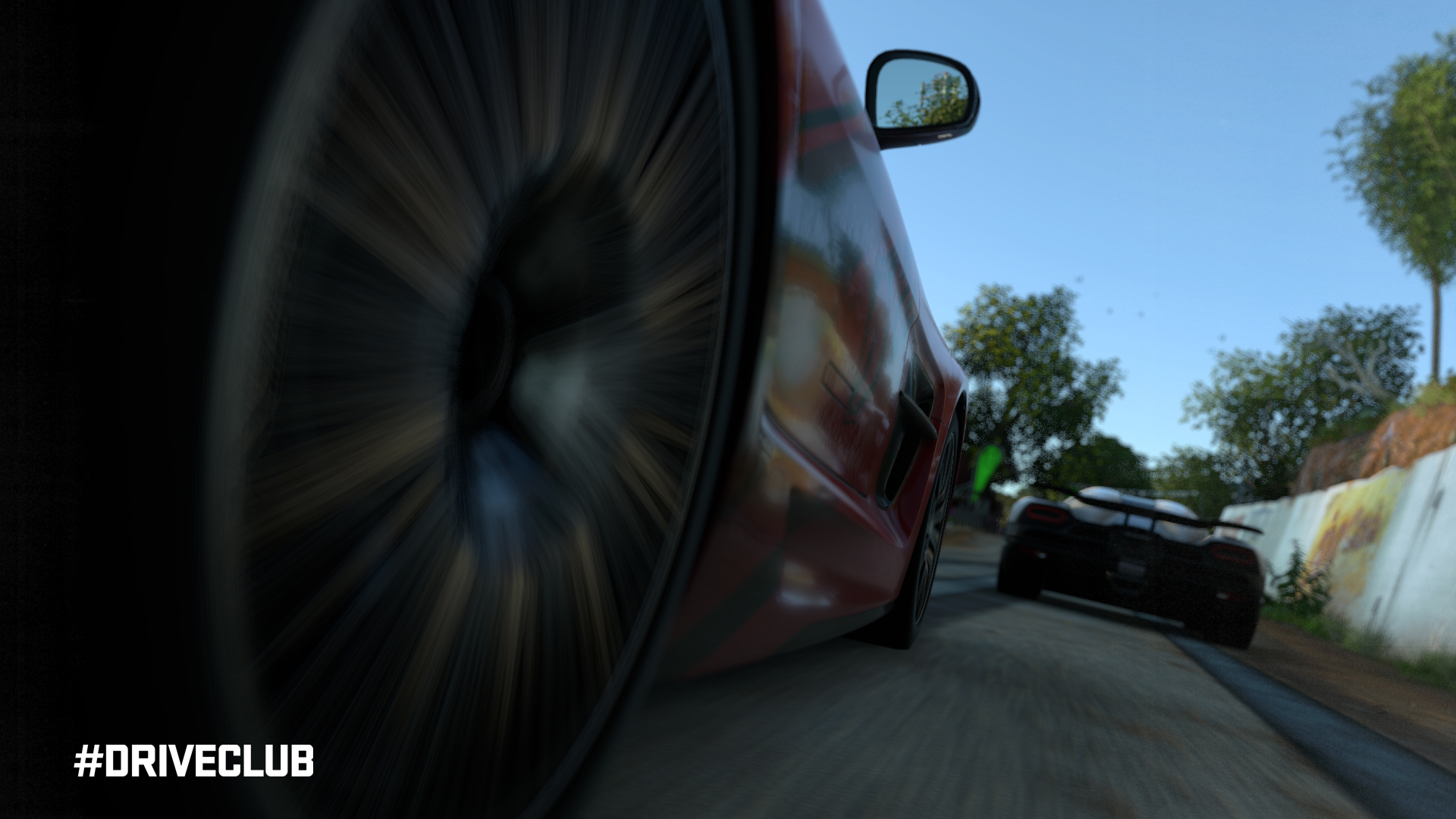 At a recent demonstration, I played the game, connected to servers with journos who I know quite well. We were ranged together in an upstairs room of a Victorian mansion in Santa Monica, hired by Sony for the occasion, sticky and sweaty from the fetid miasma of a May heatwave.

The game's developer is Evolution, which has been churning out racing games since the late 1990s. DriveClub is different than the company's mucky rallying and big boy monster truck sims of the past. It is PlayStation 4's major driving genre play, a bona fide worldwide racing sim with a full cavalcade of automobiles and a bevy of social features.

It is fun, in the way of racing games that are neither too simmy nor too arcadey. As I zoomed through the curvy lanes of an Indian rural mountainside, past the lusty green fields, my car gave up slides and turns without complaint or penalty. Oh sure, on my first try I came in last. But on my second I was mixing it up with the winners. I wanted to play some more.

This is all part of the devious plan Sony has concocted. When it launches on October 7, DriveClub will be available to purchase just like any other full priced title. But it will also be freely available, in teasing samples, to PlayStation Plus subscribers, who can then buy the full monty at a discount.