Share All sharing options for: Minecraft hits PS4, PS Vita and Xbox One in August with various upgrade options

Those who own developer 4J Studios' console version on PlayStation 3 and Xbox 360 will have different upgrade options, depending on the platform.

Minecraft: PlayStation 3 + Vita Edition will cost $19.99, and support cross-buy, so those who've purchased the PS3 version through the PlayStation Network will be able to download the PS Vita version for free. Mojang is working with Sony Computer Entertainment "to enable upgrade from the Blu-ray disc version of Minecraft: PlayStation 3 Edition." Saves will be transferrable between editions, so players will "be able to craft at home on your Playstation 3, then continue on the bus/toilet with your Playstation Vita." All downloadable content will also be transferable between systems. 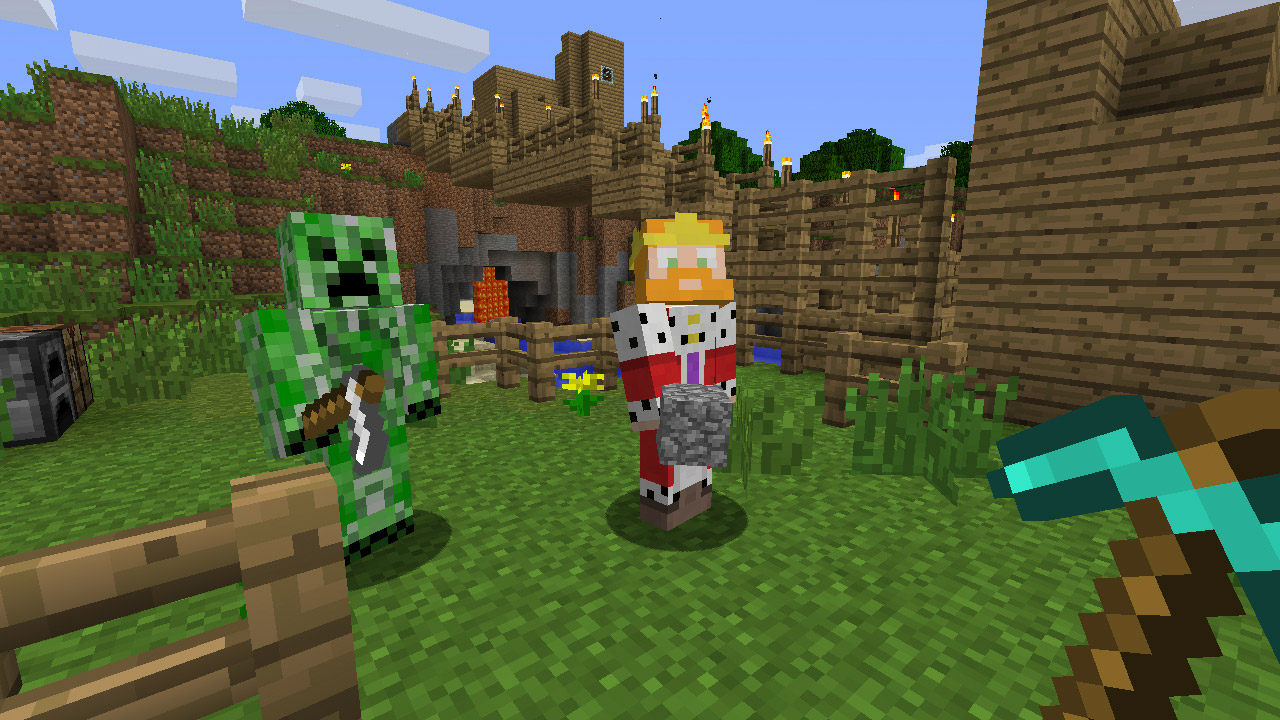 Minecraft: PlayStation 4 Edition will also retail for $19.99 and include "significantly" bigger worlds, and greater draw distance than its PS3 and PS Vita counterparts. Those who've purchased Minecraft: PlayStation 3 Edition through PSN will be able to upgrade for $4.99. As with Minecraft: Playstation 3 + Vita Edition, Mojang is working with Sony to device an upgrade solution for owners of the retail disc. Those with Minecraft: PlayStation 3 Edition will be able to import their worlds into the PS4 version, but not their saves. "There are technical reasons for this," he wrote, "we can make worlds bigger without too much stress, but shrinking them causes all kinds of problems." Cross-platform play between PS4 and the PS3 and PS Vita Editions will not be supported. "Many, but not all" of the skins and texture packs will be available on PS4 because "some of the items are trapped in licensing deals."

Minecraft: Xbox One Edition will cost $19.99 or $4.99 as an upgrade for those who purchased the Xbox 360 version though Xbox Live Arcade or have played online with the retail disc. Like the PS4 version, it includes bigger worlds and greater draw distance. The same limitations that exist on PS4 regarding cross-platform play and DLC for items like texture packs also apply to the Xbox One Edition.

"Apologies for the delay, but putting Minecraft on new consoles is a serious business," Hill wrote. "People have been using phrases like 'logistically-speaking,' 'infinite terrain,' and 'platform parity' for months now.

"We’ve decided that letting current players upgrade for a small fee is the best way to show our appreciation. If you’re a new crafter who’s looking to pick up Minecraft in the next few months — welcome!"