Share All sharing options for: Need for Speed 2015 could go early access as Ghost commits for the long haul

Earlier this month, Electronic Arts announced it would not be releasing a Need for Speed racing game this year.

The morning after the investor call during which EA CEO Andrew Wilson made the announcement, Marcus Nilsson — general manager and executive producer at Need for Speed developer Ghost Games — took to the series' website to elaborate on the decision. For the first year since 2002, the franchise wouldn't publish a new title, instead focusing on building a better experience for its next game slated to drop in 2015.

"It all comes back to the genre, all of the racing genre," Nilsson told Polygon. "I feel that we need to get a lot of innovation and ultimately a lot of quality into our titles. And time, if you invest it smartly, will ultimately help you create a better game.

"You could just throw a lot of people on [a game] and maybe have some kind of tests for people to play, but with longer time we can reach a place where we feel better about where the game is," he explained. "We think this is really exciting. We get to work towards that level of innovations that we think our fans are justified in getting."

Ghost Games operates within two studios, one in Gothenburg, Sweden — formerly EA Gothenburg — and in the U.K. nestled in Guildford. In January, Polygon's sources confirmed the latter studio had been hit with a round of layoffs that resulted in a new Need for Speed title being put on hold. Nilsson told Polygon that the 2015 Need For Speed game is the same one that was halted  — it had been in its early planning stages — but the layoffs weren't the full reason why.

"If you invest it smartly, time will ultimately help you create a better game."

Nilsson said that a restructuring across both the U.K. and Gothenburg offices made it necessary to pause development. It was a decision of "where people would go," he explained, noting that next year's Need for Speed is in development at both studios. Nilsson suggested that the current team at Ghost U.K. has been working on some chunks of the game that the studio feels are better suited to its talents.

"Basically we have really talented people in Guildford, irreplaceable people we really need, and they've been very successful working on some the areas we feel are really pertinent," he explained. "We don't think we can find better people regardless of where we look. We're going to need more people on this game — and it might sit better in the structure we have [in the U.K.] then in Gothenburg."

In his explanatory post. Nilsson wrote that the next Need for Speed will be largely shaped by fan feedback, with developers already setting up a forum to collect suggestions and listen to what fans think the series needs and should keep. Nilsson and his team plan to engage players on all fronts. Testing phases — including early access runs, alphas and betas — aren't off the table either, as the company has the analyzation tools and a strong audience with which to host them, Nilsson said. 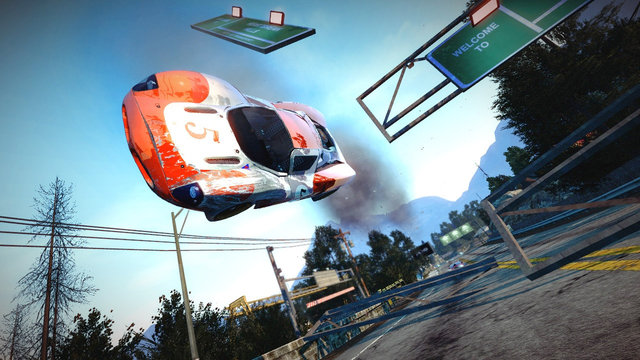 "We’re obviously following the pulse of game development, and as these things become bigger and more expensive to make you need to make sure they run properly, utilizing the broader user base for what you're aiming for," he said. "It’s an asset more than anything else, of course we’re thinking along those lines as well.

"When I started making games 10 years ago, it was really gutsy to say, 'Maybe ask the people who play our games...' Instead you just realized something that what came out wasn’t fun to play," he added. "Now we have a direct connection between us and the audience. You need to listen.

"I'd like to say that it is absolutely going to be the most fan-affected development that Need for Speed has ever done."

Nilsson is proud of the studio's most recent game, Need for Speed Rivals, which launched last fall and was a day-one title for both the PlayStation 4 and Xbox One. As the new stewards of Need for Speed, having taken over from fellow Guildford-based EA subsidiary Criterion Games, hitting the launch dates for both platforms was important for solidifying the studio's claim to that title — and show its audience it was serious about the series.

"It's really performing for us both in quality and how it's doing on the marketplace," Nilsson said. "Doing that with that new studio feels really good. It's also being played a lot, and that’s why we make games — we want people to really enjoy what we’re making and thats the driving force, much more so than anything else."

"It is absolutely going to be the most fan-affected development that Need for Speed has ever done."

Ghost also learned from Rivals in terms of what does and does not work for their racing games. AllDrive, the featuring allowing seamless transition between single-player and online multiplayer gameplay, was one of the more successful new elements. And now that it's been tried and tested, Nilsson said that AllDrive is here to stay.

"We have more and more connected devices, and it’s more about having to innovate on the experience now," he said. "We Rivals, we found news ways of innovating in that space to make it into more connect to the DNA of the franchise. Need for Speed will be married to that seamlessness between multiplayer and single-player moving forward. It all ties back into the joy of the machine, the joy in caring for it and being with it, it's not just a thing on wheels. We can go deeper into it."

As far as the in-development 2015 Need for Speed title goes, Nilsson said he sees Ghost Games poised to deliver a truly new and innovative experience, given they use their time wisely. Every second counts in game development, and with the clock already ticking, the studio's battle plan begins and ends with player feedback. This is the best way, Nilsson suggests, to prove to Need for Speed fans that the franchise is in the right hands for the long term.

"The great thing with Need for Speed is we can see so many areas grow into the others and the brand is strong. We have great possibilities in front of us as a game studio. Our ambition is to own and grow Need for Speed for many years going forward."