How gaming in wartime connected soldiers, a father and a son

Share All sharing options for: How gaming in wartime connected soldiers, a father and a son

Every son yearns to connect with his dad and every father wants a meaningful relationship with his son. It’s not always easy; life’s responsibilities can put obstacles in the way.

As a command sergeant major in the U.S. Army — the service's highest enlisted rank — Chris Fields has a mountain of those responsibilities.

Sgt. Maj. Fields regularly leads large numbers of troops into heavy combat situations. From Iraq to Afghanistan, he and his troops have performed the fierce work required of front-line soldiers, the kind of work most people would never consider. His version of a tough commute includes firefights and homemade landmines in the road. In his own words, Fields has been "blown up" 14 times, yet still he keeps heading back into the world's most dangerous places. The story of Fields and his unit is depicted in the documentary The Hornet's Nest, which premiered in theaters on Friday.

Fields' family wants him home. Among them is his teenage son, Gavin. The strain of long overseas combat deployments weigh heavily on their relationship

"I was having a relational ... hiccup with my son Gavin," Fields said, recalling a recent deployment. "I love that young man dearly, but we were just not firing. I wanted to go work on motorcycles, I wanted to go shooting, and he wanted to play video games." 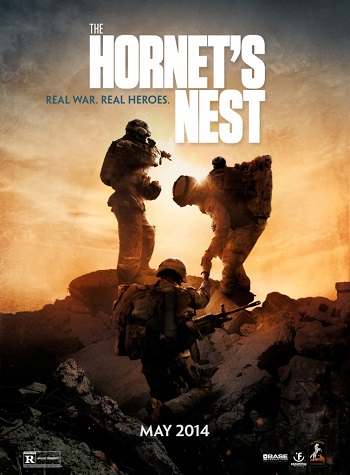 "He would ask me, ‘Dad, will you play video games with me?'" Fields said. "I'd say ‘Ah, I'm not playing that stuff.' I had a Neanderthal kind of view of it."

One evening at home, though, Fields tried out Activision's military shooter, which seeks to replicate — as entertainment — the job he sometimes does in real life.

"I wanted to connect with him better and I picked it up," Fields said. "And he is just a natural at it, I mean he's just extremely good. So I wanted to reach out to him but I just didn't understand it. You have an ‘O', you have an ‘X', you have this toggle, you have that."

The irony of being acutely skilled in the real world tasks of war versus having no idea how to manage the virtual ones was not lost on him. "You tell me to blow up a bridge, I got it," he said. "You tell me to jump over this log with a controller, I'm gonna bust my knees every time."

Trips home for active-duty servicemembers are very short. So it wasn't long until Fields put down the controller and headed back to the wilds of Afghanistan to continue his part in the effort leading 1,600 men against the Taliban insurgency there.

"So I left and I'm in theater and at night I would go down to the base where the soldiers were refitting and rearming and blowing off steam," he said. "I'd watch these guys play Call of Duty and talk smack.

"It was their ability to release anger in that, playing those games," Fields said. "I always argued the opposite; I always thought that it would preclude them from sleeping. I'd say lights out at 10, if I catch you playing at midnight I'm going in with a knife and cut all your cords. I'm pretty sure they posted a sentry and continued to play until everything was turned off, but to watch them interact and to blow off steam that way is much better than having them fighting at the coffee place." 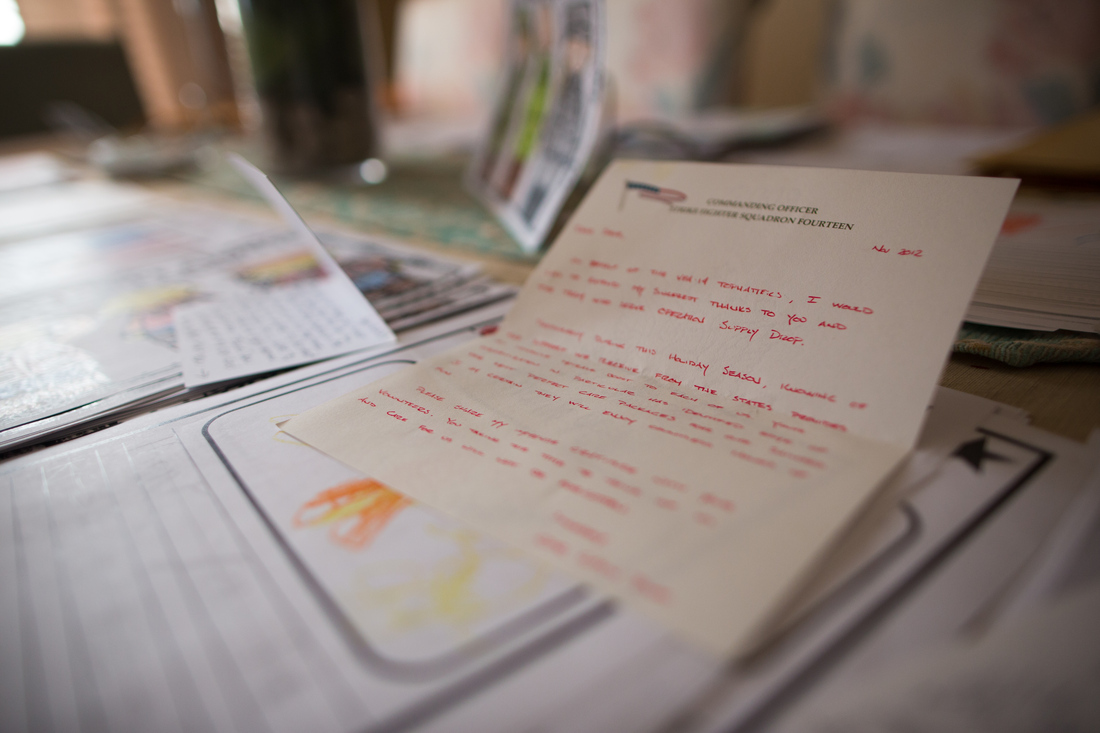 Modern communication technology has made the hardship of deployment easier both for soldier and family, but the close connection in the field still can create an awkward burden. One night, Fields called back to his family at "kind of an emotional time.

"I heard my son talk in the background and he said ‘Dad, I can't wait for you to come home and be safe'," Fields said. "It was his concerned voice that told me he was reaching out to try and make a link.

Fields felt the need to "meet him halfway." He thought back to Call of Duty, and if he could play it with his son when— or if — he returned home.

"I immediately walked up to the battalion aid station because I knew ...there was a young kid, one of those guys that wasn't that guy who's gonna be in the gym lifting 300 pounds and chewing tobacco, and a 'man's man'; he is a little soft-spoken and a lot of people thought that he was a kinda odd," Fields said.

Still, this odd kid, Spec. Jameson Lindskog, was well known for his skill at Call of Duty. Fields, a 20-year veteran and command sergeant major, approached him.

"I said 'Lindskog, your job is to teach me this game,'" Fields remembered. 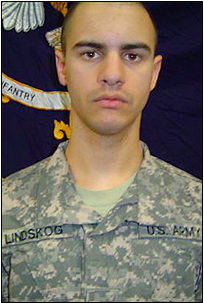 That Fields was signing up for video game training amused everyone else in the unit. "They looked at it as this sergeant major, the old man of the outfit, is coming to ask them to teach him something," he said. "They all kind of nurtured me into understanding about the video game and how to play Call of Duty."

Lindskog and Fields — the grizzled, veteran commander of 1,600 men and the young, shy medic a half a world away from the comforts of home that most take for granted — developed a special relationship.

It was "a friendship, not just a subordinate to supervisor," Fields said, "but a friendship developed to where I told him I want to be able to reach out to my son. Help me.

"It was that vulnerability, that transparency that I came to him and asked him that and everybody understood," Fields said. "So Jameson did his best to teach me how to play the game."

And teach him he did. Fields learned the basics, then perfected the nuances of Call of Duty.

Then the realities of war struck.

One day Fields was approached by Jameson's supervisor. "He said ‘Hey look, he wants to go on the mission' and I said no," Fields said. Not because Lindskog wasn't up to it. It's because he was too valuable.

"He was a great medic, and had calm and cool approach when we had casualties — he was one of the best," Fields said. "And his supervisor talked me into it. So I said ‘All right, you're going to put your big boy pants on'. I told him ‘You can't take your game controller, you gotta take your rifle with you'. We laughed and joked about it." 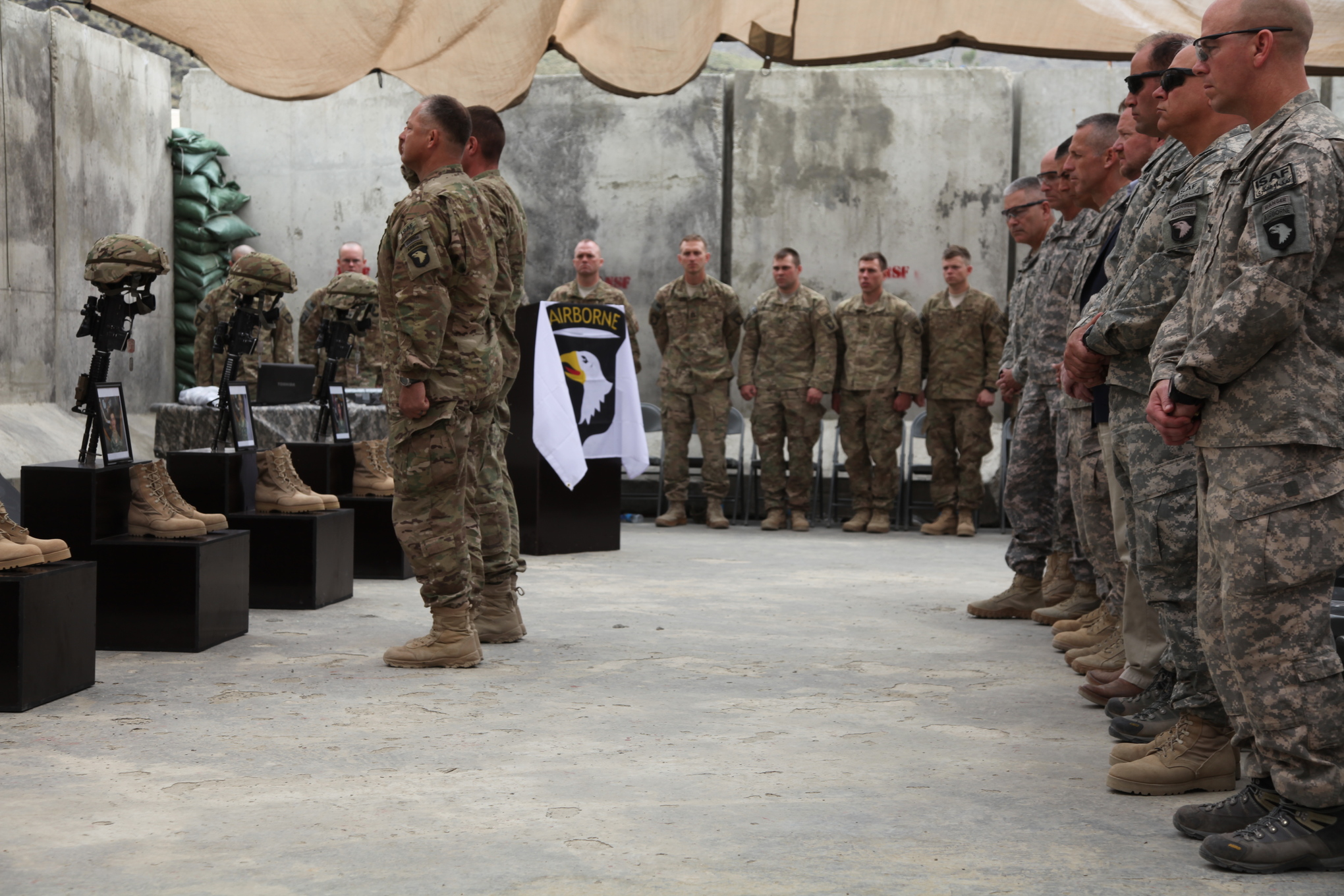 Fields, the sergeant major who has seen it all, paused at the recollection.

"Jameson showed and demonstrated the most gallantry that can be shown on the battlefield," he said.

"Jameson was killed working, trying to get and save the platoon sergeant that he was attached to," he said. "He was shot in the abdomen, and he knew he was dying.

"When he expired the world was made a little bit less."

Army Spec. Jameson Lindskog was posthumously awarded the Silver Star "for conspicuous gallantry and intrepidity" while serving as a medical aidman with the 2nd Battalion, 327th Infantry Regiment, 1st Brigade Combat Team of the 101st Airborne Division — The Screaming Eagles — on March 29, 2011. 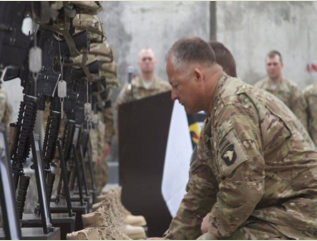 Soon after, Fields and his command were moved from the combat theater and he returned home.

"When I came home, the first time that my son asked me to play, in the back of my mind I was so eager to play," Fields remembered. "Then it brought back the memory of Jameson trying to help me. My son and I, we've played a few times, probably not as much as we should.

"My son Gavin has commented that he appreciates me playing, and every time I do play I give credit to Jameson Lindskog showing me a different perspective on video games."

Rich Grisham is a writer and the host of the Press Row Podcast, a biweekly discussion of sports video games. He lives in New Jersey.