Each and every Saturday morning, superheroes visit my home and they save my bacon.

They come in the form of TT Games' sublime adventure Lego Marvel Super Heroes. My children (I have four boys) play this game fervently and with a quiet devotion that allows my wife and I to sleep, snooze, nap and snore all the way through to the crazily bohemian hour of 8:15 am.

This is why I am giddy with excitement about Lego Batman 3: Beyond Gotham, due out this fall for all major platforms, including Wii U, 3DS and PS Vita. After hundreds of hours of play, the children are beginning to show signs of boredom with LMSH. I recently threw Lego The Hobbit at them to stave off the collapse of my Saturday retreat, but Bilbo, Thorin, Gandalf and Smaug can only hold the line for so long.

Lego Batman 3: Beyond Gotham, officially announced today, seems to contain all the elements that make TT's superhero action-puzzles so successful (Lego games have sold over 100 million copies). Tons of puzzles. Tons of humor. Tons of characters. Tons of activities. 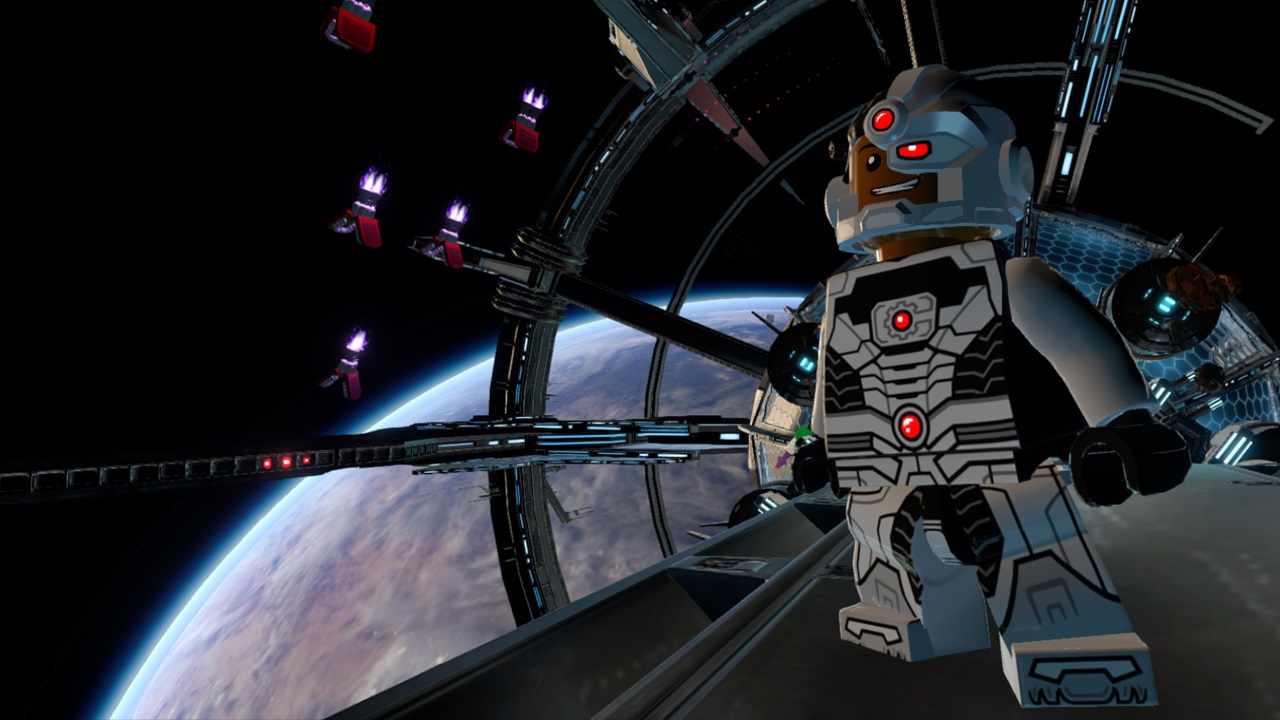 In this third game, the developers have decided to throw open the toy box and allow players more freedom to explore and experiment than in the previous two games, released in 2008 and 2012. This time players can take on the roles of 150 DC characters including good guys (the Justice League) and bad guys (the Legion of Doom). A selection wheel allows the player to choose from a variety of suits, widening the potential for problem-solving and allowing people to play the game their way, instead of searching around for suit signals in the game-world.

Part of this generous expansionism is to do with Lego Batman 3's intergalactic plot. Not only are we transported away from the confines of the streets of Gotham, but out into the majesty of space.

Here's the set-up. Brainiac's coming to wreak havoc. He has taken some of the Lanterns hostage. Batman starts out pursuing the Legion of Doom, but they all realize they are going to have to team up, just to take Brainiac down.

Although Parsons calls this a "natural evolution" for the series, it's clear that players love to put themselves in the shiny boots of super-heroes and villains. "You're not going to be playing Batman and Robin in every level," he said. "You're going to be playing Wonder Woman, Solomon Grundy, Flash. We build them into the character. As you progress through the game and unlock various Batman suits, Robin suits, Joker suits, whatever, you've got access to all those cool abilities, and you can go and do all kinds of crazy stuff with them but without having to find suit signals. It just makes for a more dynamic experience. It's right for this game."

A Batman for Kids 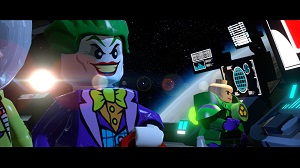 Following the enormous success of The Lego Movie, Lego's version of Batman has gone from strength to strength, as a funny, likable, self-mocking character. He is almost an alternative Batman for the under-10 set.

"If you look at film iterations of Batman, they're all slightly different interpretations," said Parsons. "Ultimately, it's Batman. He's dark, he's brooding, and he's the savior or the protector of Gotham. We just go to one end of the spectrum. We go right to the end of the spectrum, find the main characteristics, and then exaggerate them.

"Our Batman does take himself incredibly seriously because that's how it becomes funny against the campy version of Robin, and the ever so 'I'm the greatest' Superman. And straight away, you've got that trio, which just works, and then you throw everyone else in. I think Batman works. He's fun to play, but he's also quite dry, he's funny."

Gadgets, gizmos and other gewgaws depend on the character itself. "Wonder Woman has the lasso of truth and an invisible jet, of course," Parsons added. "She's not the sort of character who has a load of gadgets. So, for her, every different button will do something, but she won't have this gadget wheel. Someone like Lex Luthor, well he's known for having access to an array of cool things, so he's got a decoy suit. He can press a button and a load of Lex Bots will come. He's got a suit that allows him to become invisible."

All these shenanigans play into TT's well loved humor models. "It makes for classic Lego fun, but probably on a bigger scale," said Parsons. "You've got Batman and Robin bouncing off each other, of course. But you've also got Joker and Lex bouncing off each other. And Wonder Woman and Cheetah. It all gets crazy."

There's a twist in the middle of the story where some of their personalities become subverted. Suddenly, the Joker is full of love and compassion and starts gushing about Batman's great qualities. "He's saying how much he loves Batman which just makes for more jokes."

After countless Lego games, isn't TT starting to run out of ideas for puzzles? Parsons said that will never happen. "I actually find it easy to come up with puzzles," he said. "We know what works. We know what kids actually like to do.

"That's where the new mechanics come in. If you're creative and inventive, when you come up with a new mechanic, like, say the illumination suit for Robin, well, then that brings you a whole cast of new stuff you can put into the game. What we do when we look at the characters and when we dissect them and try and distill them, we try and then pick, which aspect is going give us the most creativity? Which aspect will allow us to come up with new exciting puzzles, because without new, exciting puzzles it would become stale and static." 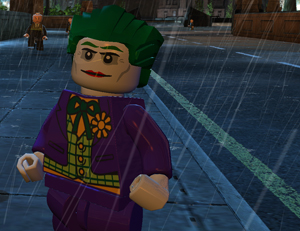 Although many adults play these games, often alongside children, the most important design decision is making sure the game is not frustrating or difficult. "We do a lot of focus testing to make sure kids understand what they're doing, without someone sitting there and boring them to tears with a tutorial. We don't want the games to be too easy but we don't want them to be too challenging. So finding that balance in there and making sure that the thing you need at the point you need it is going be there."

The game throws lots of different gameplay types into the mix. "There's a lot more variety than we've previously had with the Lego Batman games," he added. "We are doing space combat, races, virtual reality missions, platforming, RPG elements. Characters are always going to be changing and upgrading. It just keeps kids engaged, and they will just play it and play it and play it. They love it. We get our satisfaction making fun games for kids."

So, is there any sign that the Lego games formula is losing cred with the kids? "Well, I'm 39 and I still like Lego," said Parsons. "Don't forget, every year, there are new kids who want to fall in love with Lego. Our goal is to deliver the most fun game we can and really do justice to the Batman franchise and the DC universe. If we do that, people will love playing it, adults and kids."