The Mortal Kombat series could be coming back soon, if a purported teaser poster featured in a Reddit post is anything to go by.

"Who's Next?" the poster asks, immediately below the traditional Mortal Kombat dragon logo. The backdrop of the poster appears to be the cracked bones of a spine. The most recent entry in the franchise, 2011's Mortal Kombat, featured gruesome special attacks that would show X-ray views of body parts getting hit.

Boon updated his Twitter profile around 5 p.m. ET this afternoon, making the black-and-white dragon logo — the one seen in the leaked poster — his profile image. In addition, his Twitter profile's background image features the "Who's Next?" phrase, in the same typeface as the poster. You can see the full-size photo from Reddit below. We've reached out to Mortal Kombat publisher Warner Bros. Interactive Entertainment for more details about the poster, and will update this article with any information we receive.

The PlayStation 3, Windows PC and Xbox 360 versions of Mortal Kombat are being moved off GameSpy Technology servers, and will continue to have online support for the foreseeable future, NetherRealm announced earlier this month. 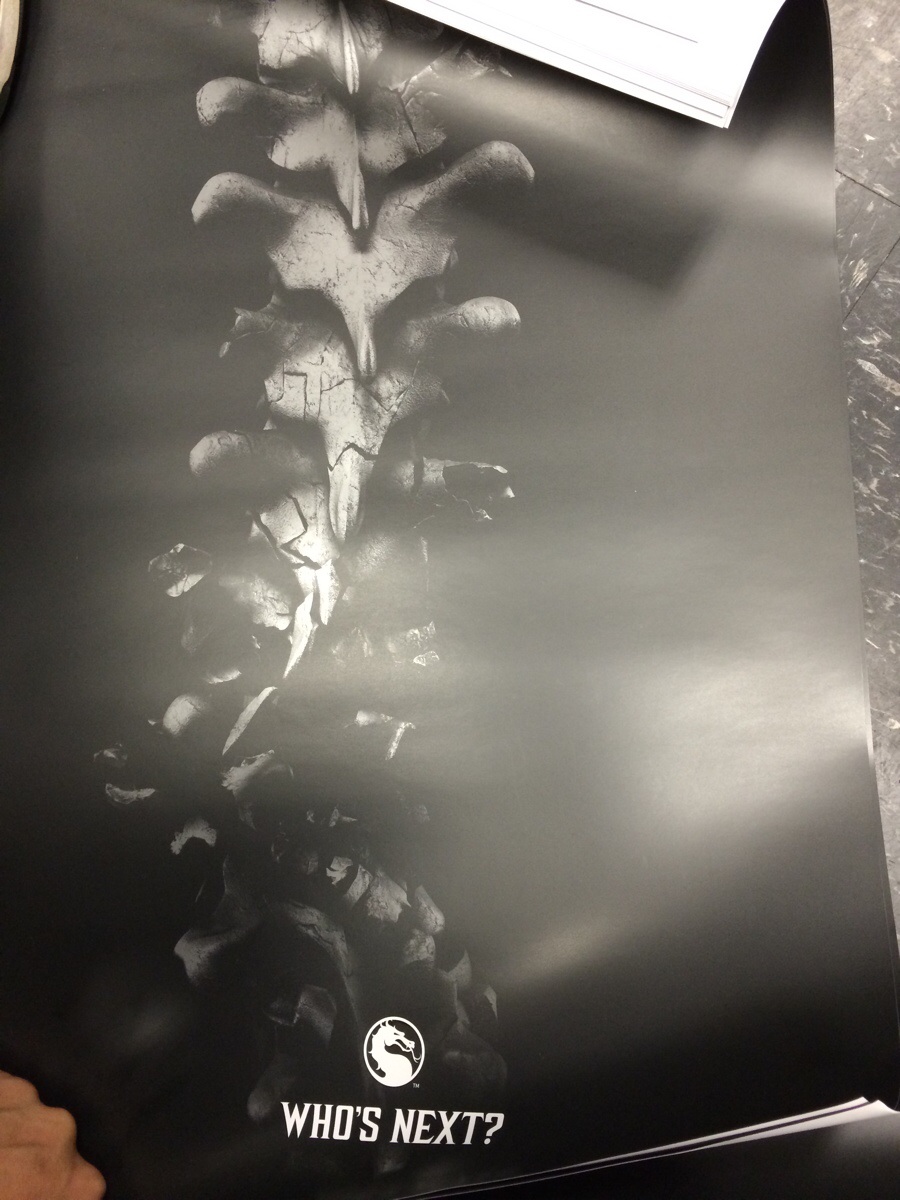