One of the most interesting features in Warlords of Draenor, Blizzard's forthcoming expansion for World of Warcraft, is the ability to build a Garrison, which the publisher describes as an "expandable, customizable stronghold that will serve as each player's personal base of operations."

On Battle.net today, Blizzard launched a four-part series of articles explaining how Garrisons will work in its fifth expansion to the popular multiplayer world. The buildings, which hark back to World of Warcraft's 1990s real-time strategy roots, allows players to recruit Non Player Characters who can live in the Garrisons, gather resources and take on helpful missions. 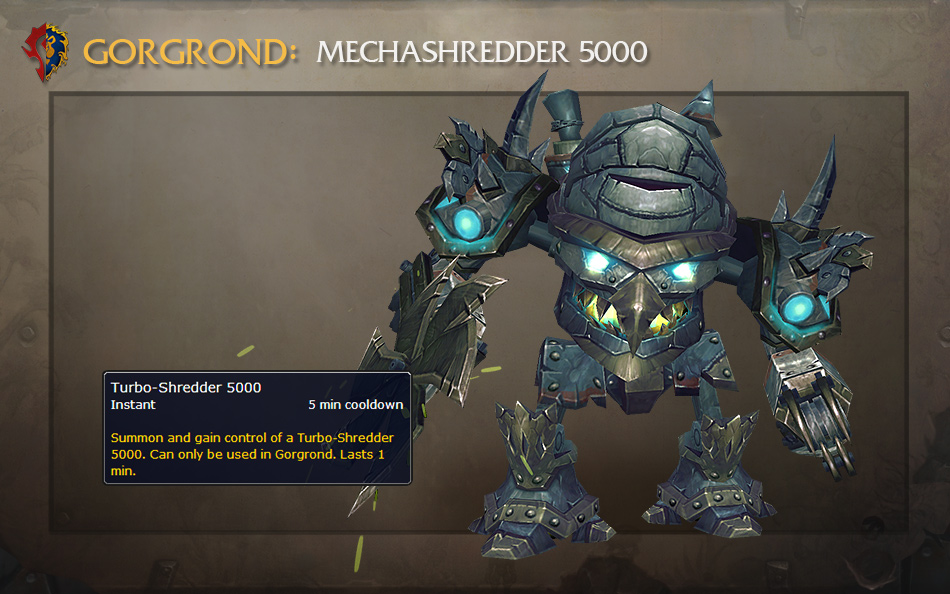 "The story you weave in Draenor is one of personal heroism, but your actions have a wider impact," stated the blog post. "Part of your mission is to raise an army capable of toppling the Iron Horde, and the Garrison is integral to that experience. In terms of gameplay, that means you'll be creating and strengthening your Garrison as you journey to level 100.

"While questing through Draenor, you'll encounter opportunities to choose between different types of buildings to add to your Garrison. Each choice will have an impact on your leveling experience, influencing the quests you'll have available and the zone-specific benefits you'll unlock upon completion of your chosen structure." 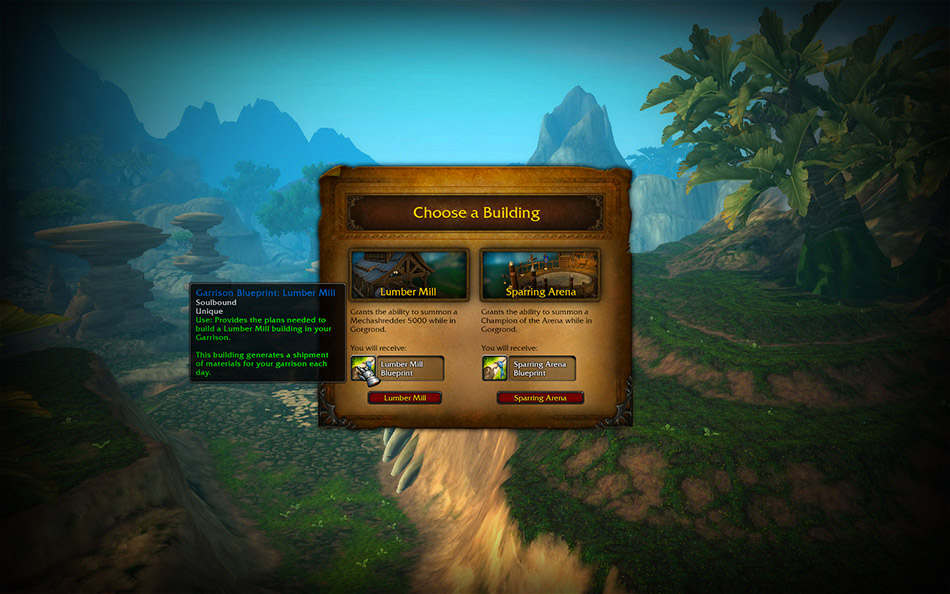 For example, while questing in Gorgrond players can choose either the Lumber Mill or the Sparring Arena. This allows the construction of a military outpost centered around that building. "This plays an integral role in how you experience the zone, as you'll be sent on quests specific to the building you've chosen and will receive a permanent benefit whenever you're in Gorgrond," added the post.

Warlords of Draenor, due out later this year, was first announced at BlizzCon in 2013 Today's blog post features information on how to expand and fortify the Garrisons as well as ways to populate them.

"The buildings you create, NPCs you meet, and Followers you recruit will ultimately determine who inhabits your Garrison, and you'll see them going about their business each time you visit," added the post. "You're in charge of your own base and citizens, and you'll even host leaders and other notable heroes from your faction to talk war strategy."