Among the Sleep builds an engaging, terrifying experience on top of simple, buggy mechanics

Among the Sleep seeks to answer a question that I imagine is pretty common for parents.

I have a nine-month-old child myself, and when he wakes up in the middle of the night sobbing and shaken, I cannot help but wonder what it is that could be torturing the dreams of someone so young. Among the Sleep posits an answer by letting players journey through its two-year-old protagonist's darkest nightmares.

Those scary dreams aren't always the smoothest. Among the Sleep is riddled with bugs and small problems. But the novelty of playing as a two-year-old and the game's powerful atmosphere overcome those issues.

what could be torturing the dreams of someone so young

Among the Sleep opens with the unnamed main character's mother offering them a slice of cake for their second birthday. The celebration is interrupted by a rough knock on the door. I got to witness all of this from first-person view, trapped in a high chair. I craned my virtual neck to look toward the hallway where the mother was answering the door; I tried to hear the angry raised voices as the child's head filled with static. The mother returned looking frazzled, but she was carrying a present: a teddy bear, about to become my best friend in the journey ahead.

From there, the mother placed me in a bedroom, where I experimented and learned the game's controls. The toddler's abilities are as limited as you might imagine from their age. They can walk very slowly and clumsily. They can crawl slightly faster. They can climb on top of open dressers and small ledges. They can grab items in the environment to drag, carry or throw.

And that's pretty much it. With this small set of tools, the main character is put to bed, only to wake up into a nightmare, crib overturned, door to the room open, unspeakable horrors lurking in the shadows outside. 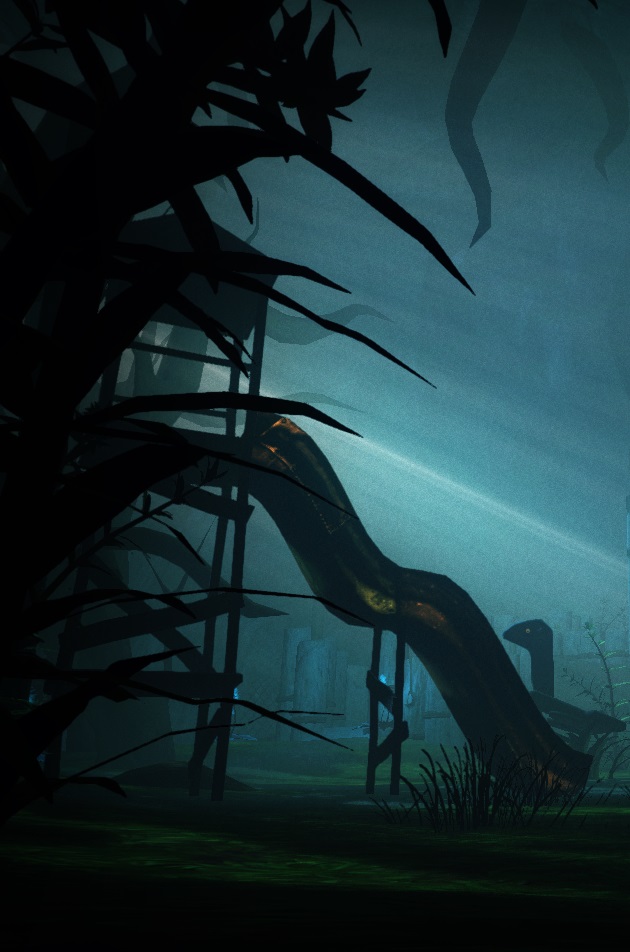 As I explored the house and the ethereal dream realms beyond it, my primary challenge came in the form of simply navigating the environment. Need to open a door? A two-year-old is too short to reach the doorknob; I had to drag a box over and climb on top of it to proceed. Sometimes I had to find a key elsewhere in the environment before I could open a door. Sometimes I had to clamor over dressers and across windowsills. It's a testament to the game's smart level design that I never really got lost or felt like I didn't know the path forward, even as everything around me became more warped and unrecognizable.

In fact, there's not much challenge to be found. At its absolute most complex, Among the Sleep asked me to solve those simple navigation puzzles while also avoiding nightmarish creatures. In one area, my trek through a swamp was paused while I hid under a table and waited for a screeching monster to pass. In another, I had to weave between precariously placed bottles in a tiny hallway, ducking into a closet to hide whenever I knocked one over and woke up some sleeping beast. It sounds tenser than it was; the game has a bare minimum of things that can stop you, and they fly out of sight just as quickly as they appear. 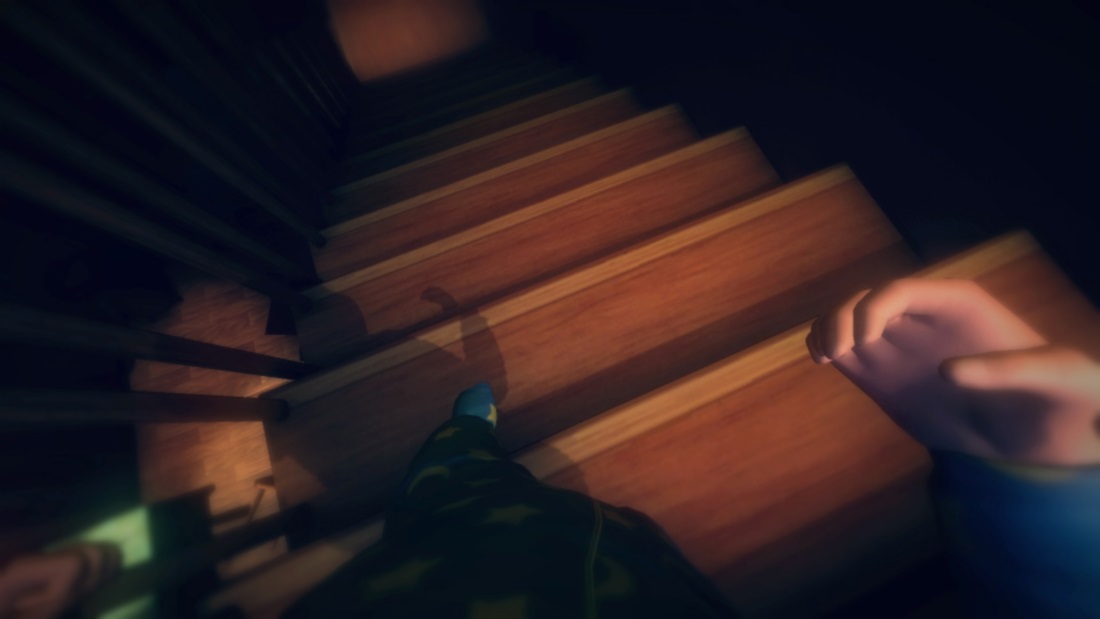 Developer Krillbite Studio has released at least one patch for Among the Sleep already prior to release and has promised more work to come on cleaning up any remaining technical issues with the game. One problem it's less likely to address is the limited but poor voice acting.

The main character's mother only has a small role in the game, but her words sound less like a mother toward a child and more like someone reading a script off of paper for the first time. Her lines are just stilted enough in their delivery that I was pulled out of the game right at the moments when it should have been pulling me in.

While the mechanics were too simple to hold my attention for long, I couldn't turn away from the brilliantly realized levels. Among the Sleep provides the perfect perspective to capture how scary it can be to stumble through a much larger, unknown world.

A laundry room becomes a frightening source of noise and movement. A lullaby hummed by a parent morphs into a sinister hymn. An unassuming raincoat hanging on a hook above a pair of boots takes on a more startling, insidious shape. And these are only a few of the smallest examples of how a normal life is warped into a nightmare as the game progresses. I was pulled in by seeing how the game continued changing everyday places and things into otherworldly happenings.

Among the Sleep changed everyday places and things into otherworldly happenings

I mentioned a handful of encounters with monsters, but most of Among the Sleep is spent alone, and that works to the benefit of the atmosphere the game builds. It allowed me to really spend time taking in even the creepiest environments rather than rushing through to avoid an unbeatable enemy.

Like the guarded life of a two-year-old, this is a world where most of the dangers are imagined, most the bumps and scares aren't going to do any lasting damage. And the things that actually hurt — the true source of the toddler's nightmares — are all the darker for their lack of physicality. The main character is haunted by problems much greater than monsters, and there are no easy fixes.

One foe in the game did cause me some problems: its legion of small bugs and technical flaws. Among the Sleep's level designs are compelling and strange, but they also led me to a number of noteworthy bugs, such as getting trapped behind bits of furniture or, at one point, falling through the world. The framerate also dropped dramatically from time to time, which really dragged down the pace added on top of the main character's slow movement speed.

Among the Sleep builds an engaging, terrifying experience on top of simple, buggy mechanics

At times, Among the Sleep feels as lightly-developed as the lead character's subconscious. There's not much game to the game, and what is there isn't terribly polished. But what's implied in the environments and sound design is as big a part of the experience as what's actually there. I never did much beyond walking or crawling from one cool visual setpiece to the next, but these terrifying mindscapes carried Among the Sleep and transformed it into something I'm glad I experienced.

Among the Sleep was reviewed using a Steam code provided by Krillbite Studio. You can find additional information about Polygon's ethics policy here.