Company of Heroes 2: The Western Front Armies returns to blood and grit of 1944

Share All sharing options for: Company of Heroes 2: The Western Front Armies returns to blood and grit of 1944

Working in the bitter aftermath of trench warfare, the generals of World War 2 valued rapid movement above all else.

From Blitzkrieg to El Alamein, from D-Day to the Race to Berlin, the ability to support fast-moving vehicles proved crucial. Few battles demonstrate this more effectively than the Battle of Hurtgen Forest, which preceded the German counterattack against the Allies in the Ardennes forest, in the winter of 1944, known as The Battle of the Bulge.

Lasting three months, Hurtgen Forest is the longest single battle ever fought by the U.S. Despite significant numerical and hardware supremacy, the Germans fought hard on their home turf, digging in and making use of rough terrain and difficult weather to neutralize Allied mobility advantages.

It's a multiplayer-heavy pack that will be available to anyone (you don't need to own CoH2 to play the game) when it arrives on June 24. Eight new maps are on offer as well as 23 older maps and a bunch of player-created maps.

Playing through one of the multiplayer maps, it's clear that this section of the war lends itself well to real-time strategy. Both armies are capable of producing and fielding small numbers of elite units or technologically advanced weapons. But they are impeded by supply-line problems that take a while to resolve.

Forests can be crossed and defended but it's easy to lose an entire batch of soldiers in the thick brush, especially if you fail to lead them effectively. Roads, most especially crossroads, are best defended with significant resources. The games become about protecting / attacking supply depots by defending / attacking roadways and then raising hell with fast-moving tanks and air support.

Playing as the U.S. at a recent media event hosted by publisher Sega, I found out to my cost the error of churning GIs and trying to take a heavily fortified position, by flanking through thick forests with large numbers. German defensive positions anticipated my rookie tactics and cut through my forces, leaving supply lines extremely vulnerable.

Only with the use of my elite forces and a smart mixture of overwhelming numbers of heavy armor, was I able to color the map a more pleasing shade and only then after numerous attempts. 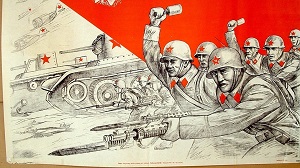 "For us it's about mobile, flexibility," explained Quinn Duffy, game director at developer Relic. "In this part of the war, the Germans have some heavy weaponry and lots of elite forces still, but they struggle to support their effort. This is their brief renaissance, with battle hardened troops and powerful tanks. But their economy is a big challenge. They have expensive technology but they don't have the support."

By contrast, the U.S. forces are more nimble, but their resources are far from inexhaustible. Many of their troops are untested. "The Germans are pushing them, again and again, but they do not break. They are jacks of all trades."

Duffy said that the DLC release is a response to users who wanted fast-moving multiplayer maps. Clearly, there was also a clamor for more Western Front content, rather than continued focus on Russia, or a move to a new theater, like North Africa, the Balkans or the Pacific, all of which would make challenging, interesting games. Unfortunately, they might not have the commercial appeal of the familiar "Band of Brothers" theater. "The multiplayer community is our most engaged. We want to address the broadest audience possible," said Quinn, by way of explanation. 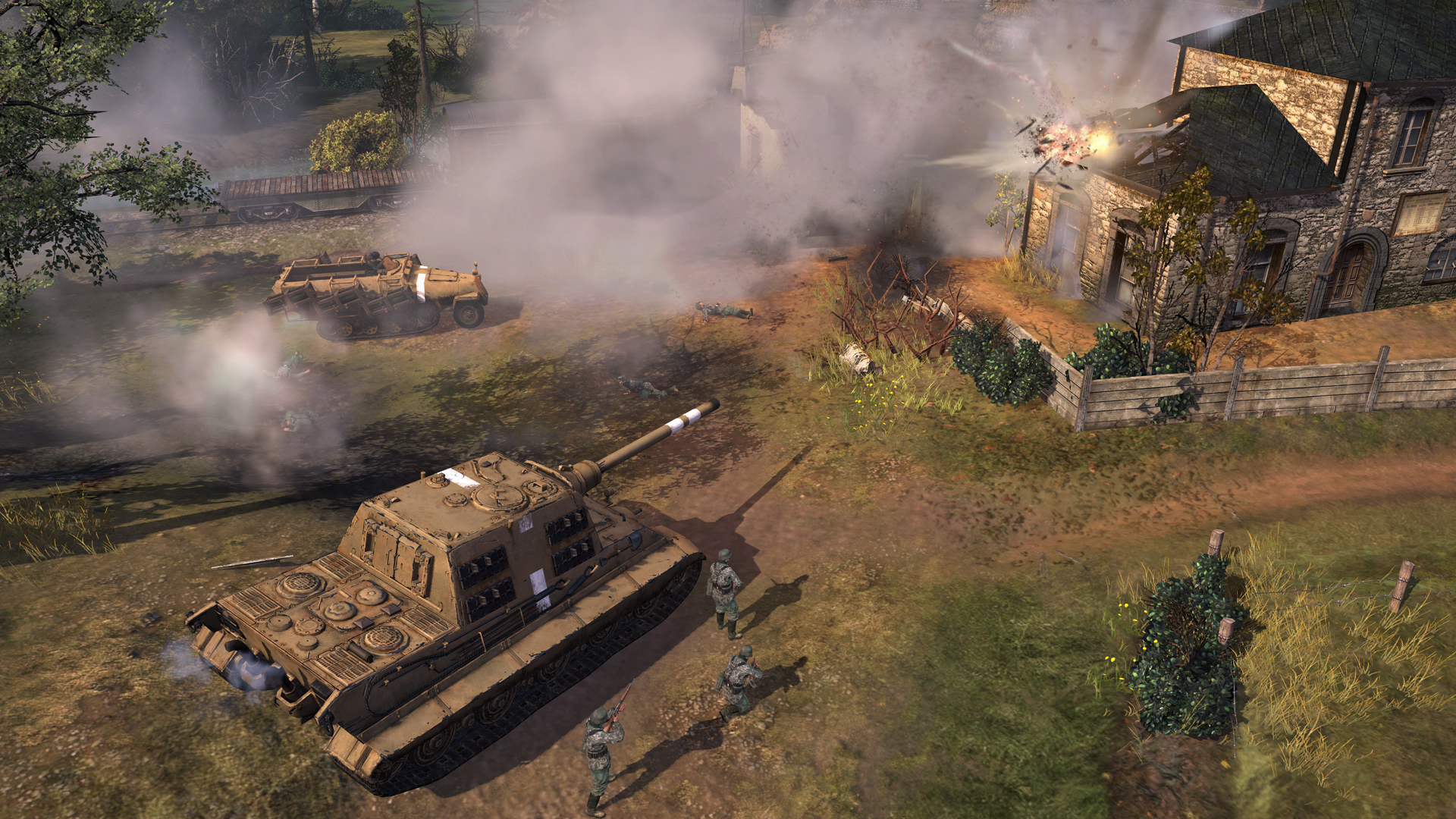 Fans of all things WW2 will enjoy some of the audio in the game, fed by recordings of tank collections housed in various U.S. museums. There really is nothing quite like the thrum of a Tiger 1 or an M4 Sherman.

Quinn said that Relic has also been spending its time tweaking the game engine and adding a new progression system, giving players more options as they upgrade warriors and weapons from rudimentary field HQs. He added that the eight maps will give players plenty of value, with German and U.S. army packs costing $12.99 each, or $20 for the two.

"The Western Front Armies features a large number of completely new units we've never done before and some new mechanics around those units," he said. "The unit selection is about delivering the feel of the armies, the new U.S. Forces are designed around their mobility and tactical play using very versatile units. They're not an army designed to slug it out against heavy tanks, they're an army that flanks, feints, uses abilities on the move.

"We also focused on an element of risk and reward. Paratroopers can be potent infantry, but getting to the ground was a risky proposition. Objects in the world can kill your paratroopers if you don't pick good drop zones, and that adds to the tactical play on the maps. As a U.S. player, I want to control those wide open spaces, and as my opponent, you want to prevent me from using them. The [Germans] have a massive assault gun called a Sturmtiger that has to fire its shell and reload manually. When the crew opens up the tank to reload the 38cm rocket, they can be killed and the vehicle knocked out , again, a real risk-reward element built into that unit.

"This was a costly and bloody battle," said Quinn. "There were lots of tactical considerations, booby traps and powerful defensive positions, as well as attempts by each side to break the other. There are lots of opportunities in the game to lay down ambushes and try some really cool tactical plays."