A playable demo for EA Sports UFC will be available next Tuesday, June 3, on PlayStation 4 and Xbox One, publisher Electronic Arts announced today.

The demo will pit Jon Jones and Alexander Gustafsson — who share EA Sports UFC's cover — against each other. EA created a poster for the battle; you can check it out below.

EA Sports UFC, which is in development at EA Canada, will be released June 17 on PS4 and Xbox One. For more on the mixed martial arts title, check out our recent hands-on impressions and our report on why Bruce Lee appears in the game as an unlockable character. 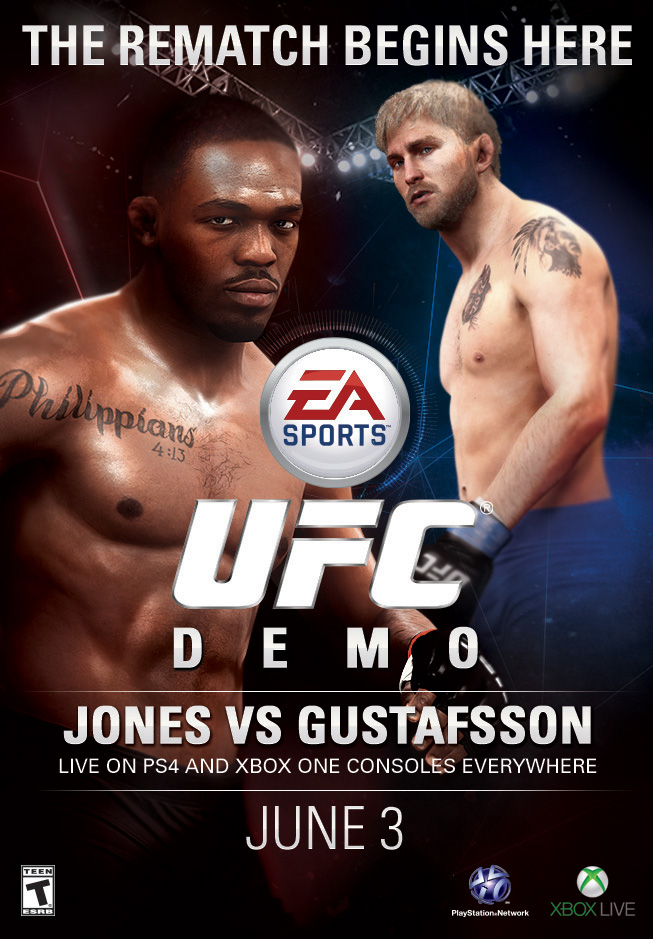