Microsoft's Xbox Entertainment Studios is "deep in negotiations" with cable TV network Showtime to create a live-action Halo drama series, according to a report in Variety. 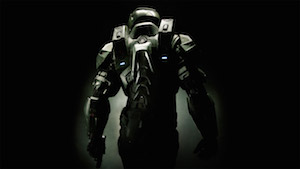 Your Guide to Xbox TV

Xbox Studios has been pitching a Halo drama series around TV companies, as part of its remit to expand gaming properties across new media platforms, and to offer content to Xbox Live subscribers. Variety says the two companies are "close to a deal" although negotiations are continuing on how such a series would be aired, between Showtime and Xbox's console-based entertainment hub. "Sources say the plan is to have episodes show on Showtime first, followed by the Xbox window," according to the report.

The Halo TV series is being executive produced by Steven Spielberg, while a Halo digital feature being produced by Ridley Scott started shooting this week for a release later this year.

Earlier this week, Microsoft unveiled its long-term commitment to TV and movies, talking to Polygon about its broad plans. "There's a lot of talk about technology companies getting in the content business," said Xbox Entertainment Studios executive video president Jordan Levin. "Obviously there's cultural tensions that exist between technology folks and content folks ... but we're in a company that has an appreciation for and an understanding of content."

Update: "The 'Halo' Television series, executive produced by Steven Spielberg, remains on track. We have no further comment," an Xbox representative told Polygon. "We do not comment on speculation or rumor."