On bringing X into the Mega Man comics storyline

Share All sharing options for: On bringing X into the Mega Man comics storyline

Archie Comics' long-running Mega Man comic is jumping on the time travel wagon — sort of. It's upcoming issue, Mega Man #37, will bridge the gap between the Mega Man and Mega Man X series, two parts of a single franchise separated by over a century of storyline.

As the comics ramp up to the events of 1990 video game Mega Man 3, the Blue Bomber is hunting down a band of lethal thieves that also just happened to be powerful robots. Meanwhile, far in the future, Mega Man X is at the dawn of a humanity's new era — an era in which humans and robots must learn to co-exist. How these two cross paths is still being kept under wraps, but Archie Comics is promising fans of both heroes that something big is coming.

Writer Ian Flynn told Polygon that the Dawn of X storyline, the merger of two parts of the Mega Man mythos, is in part meant to satisfy fan demand. According to Flynn — who says he feels he is "standing on the shoulders of giants" in terms of creating content for the Mega Man universe — bringing X into the picture is something that has been widely requested by readers since the comic's launch, describing the fan fervor as "passionate" and "ravenous."

"When we announced we were doing a Mega Man comic, we were met with tons of happy anticipation," he explained, "and the first question on everyone's lips was: 'When will you get to Mega Man X?' X and his story is the most demanded thing we've heard since launch, and you gotta give the people what the want."

Of course, Flynn and Archie could have simply started up a new strand of the comic featuring X — but that didn't push the envelope enough. The team wanted to so something that has never done before, marrying various pieces of Mega Man's past into a single experience tailored to both long-standing fans and franchise newcomers curious about all the hype.

"It may be hard to admit, mostly because it makes me feel old, but Mega Man and Mega Man X are classic franchises," he said. "We remember them fondly for a reason, but the next generation of comic readers and gamers need to be reminded or taught why these properties were so cool. We've been doing that for a few years now with Mega Man, and so his comic provides the perfect vehicle to bring readers into the 'new' world of Mega Man X."

The video games never explored the merger of these two works, but according to Flynn that's because the medium might not have been the right one. With comics, there's a degree of creative freedom and accessibility that comes with making non-interactive media — in other words, something that can be taken at face value.

"In a video game, the gameplay needs to come first," Flynn said. "What drives the product is an enjoyable playing experience. The story exists to serve the game, so you're limited in how much you can tell and how you can tell it.

"With comics, the story needs to come first," he added. "You're there to read something, so we can focus on the narrative meat of the subject and really tell a good story without distraction." 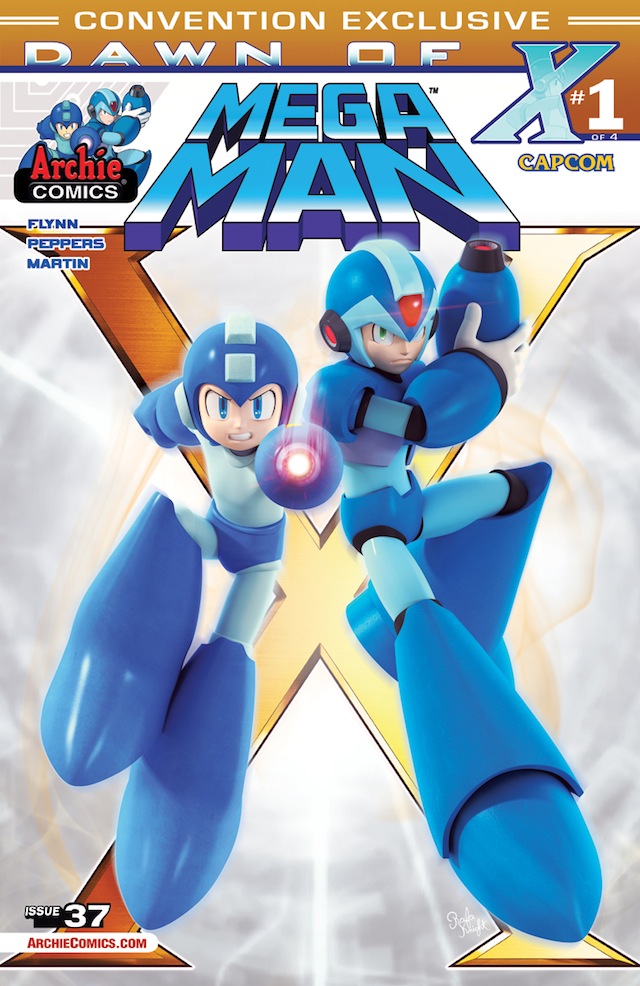