Sportsfriends is a party for everyone.

Sportsfriends is the perfect game for people who don't enjoy sports — or video games.

Like most local multiplayer games, Sportsfriends is about getting your pals involved. The collection was billed as a party game that anyone could play or enjoy watching, and it's a promise that Sportsfriends delivers on beautifully.

Sportsfriends feels completely natural as a compilation, thanks to its running hook: competition. In BaraBariBall, your goal is to score points while keeping your opponents down with kicks, punches and special moves — a simple premise that delivers a surprising amount of depth for a game with only three selectable fighters. While players ultimately want to dunk the ball in their color-coded side of the watery field, the trick is to do so without drowning. Each death comes with a point-snatching penalty, which prevents cheap suicide scores. 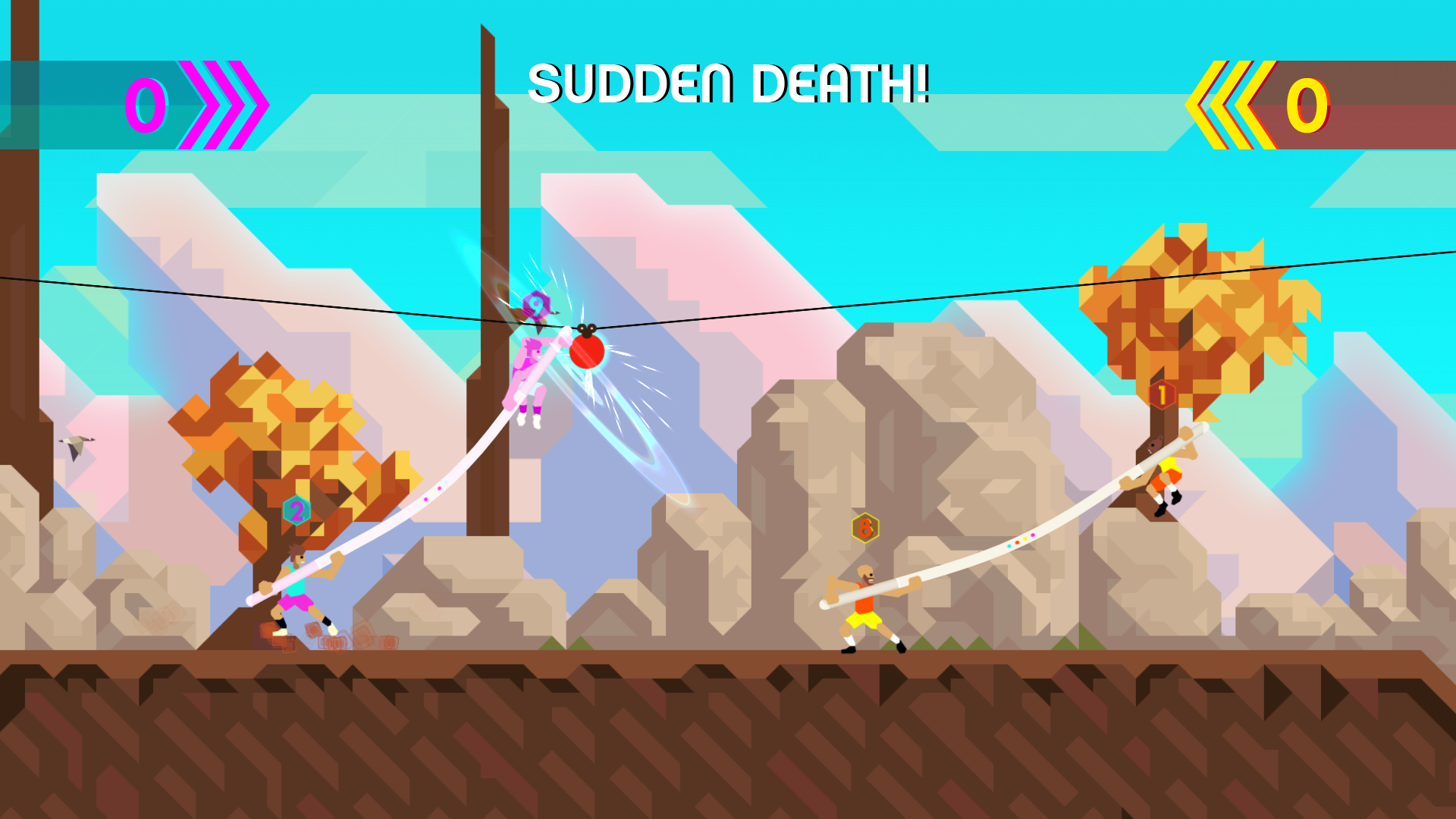 BaraBariBall made me shift my strategy depending on how many people I played with. When I faced off against one person, speed and incapacitating my competition with a well-placed smack were key. On a team, however, I was a different player. Cooperation became my focus; if I left my partner alone, it was easy for the opposing team to overwhelm him or her, steal the ball and score. I was constantly switching up my playstyle — a welcome alternative to settling in and getting comfortable.

Sportsfriends feels natural as a compilation

Hokra, the most "sports-like" of the bunch, kept me from getting too cozy as well. With teams of two-on-two, players catch, throw and carry a ball into their respective areas to gradually color it in. Although Hokra remains as approachable and understandable as its mates, I often grew bored during matches. I spent most of my time chasing down opposing players or bouncing them off while I waited for my square to fill. 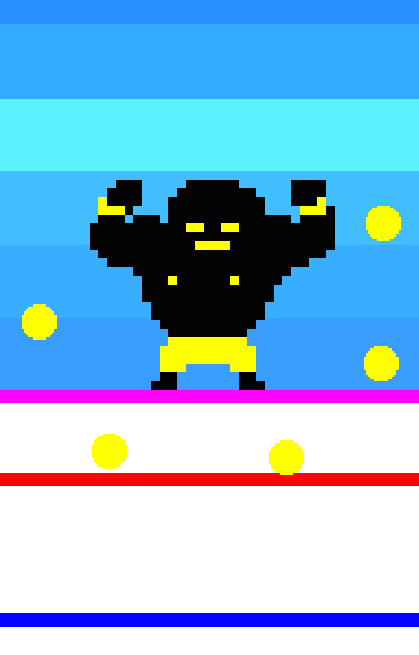 The game feels more like a feeding frenzy than a match; I never felt any real challenge beyond one of a gut-reaction level. It also requires four people to play, which makes it more difficult to arrange a match than any of the other included games.

With more friends around, I found myself spending the most time with Johann Sebastian Joust — one of the better known and bigger games with support for four players on PlayStation 4 and up to seven on PlayStation 3. Using a DualShock 3, DualShock 4 or PlayStation Move controller, players guard their remote from physical attacks. Each motion a player makes must be in time with the game's music, which speeds up and slows down to allow a variety of movement. Too much jostling will knock a player out, meaning that flailing or moving too quickly can result in an untimely end.

The allowance for movement, depending on the speed of the music, always felt fair. If my arm was shaken successfully by another player, I knew my time was up without having to look. By keeping my arm steady, I could withstand being pushed, poked and prodded, and matching my dashes and other quick movements was easy to accomplish. 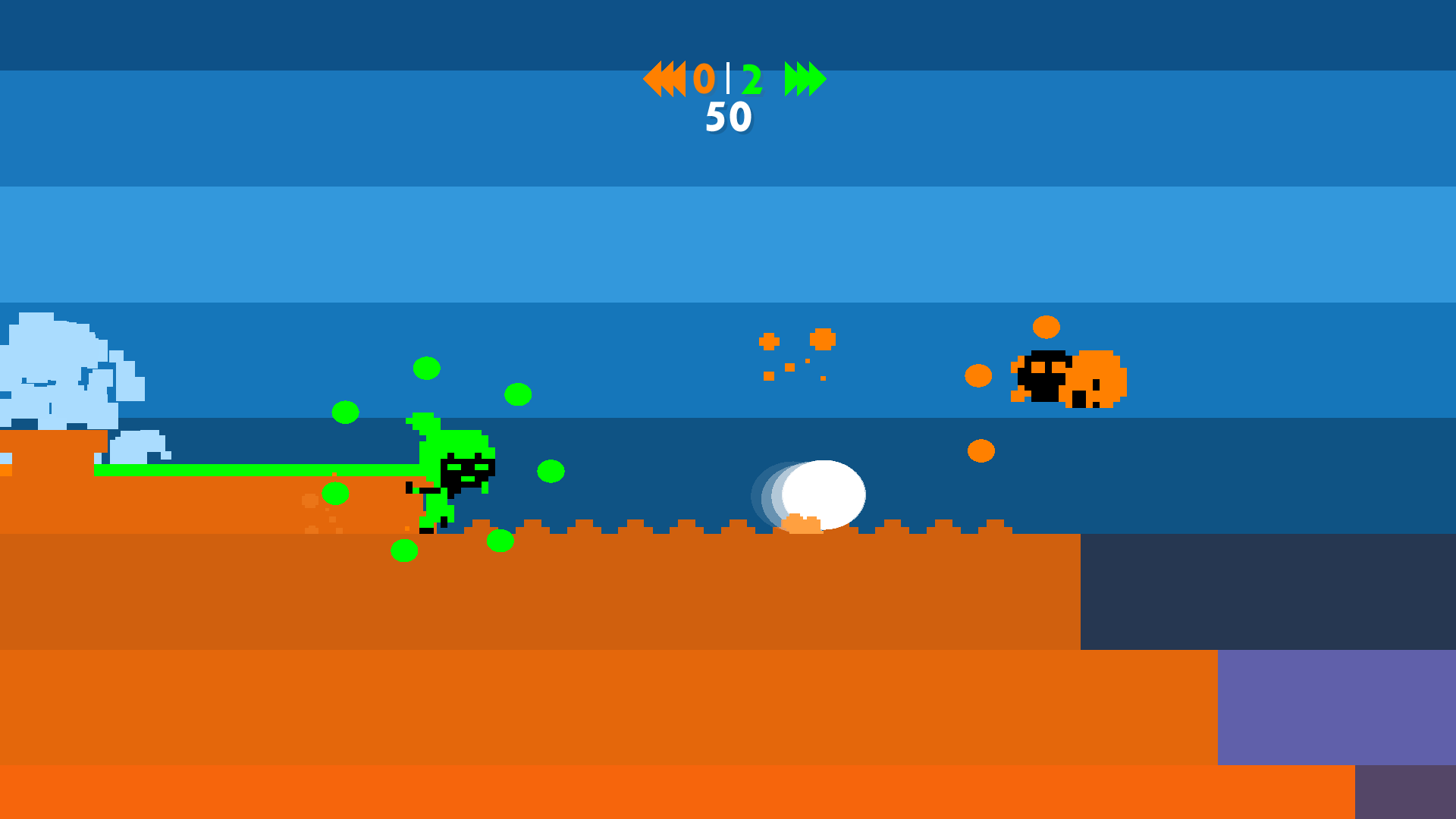 The more, the merrier

With the exception of Hokra, every title within Sportsfriends can be played with just two people. This made it easy for me to squeeze in a quick round or two with a roommate or friend. In the case of games like Joust or BaraBariBall, however, the playing field felt a little lonely. I found myself laughing and shouting during one-on-one matches just as much, but Sportsfriends really shines with a full house.

For a game so physical, everyone I played with was on equal ground. I watched a friend topple a player twice her size with a well-placed tap, and another lanky player gracefully dodge any attempts made on his controller. The game excels at rewarding players who respect its rules, rather than use brute force or cheap tricks.

For a game so physical, everyone was on equal ground

Rules have less of a presence in Super Pole Riders, Sportsfriends' most challenging — but also most satisfying — entry. Using only a single button and an analog stick, players fling a pole vaulter through the air in an effort to push a ball into their goal on the opposite side. It's easier said than done. Lining up the runner with his noodle-like pole to launch a successful vault or even using it to push the target ball felt foreign to me at first — the gaming equivalent of patting my stomach while rubbing my head.

After a few matches, however, I picked up on exactly how to angle the pole and how far back to charge for a productive jump. By positioning myself above competing vaulters, I could bounce off their heads, knocking them out for a few seconds and giving myself the advantage. Every win felt like a real success — not just dumb luck, but an effort that I'd earned — while each loss was a chance to improve on my own tactics.

Sportsfriends is a party for everyone

Sportsfriends hardly feels like a video game, and that's what makes it so special. It's an experience that anyone can enjoy, regardless of their gaming experience, totally irrespective of their specialty at sports or team-based games. It isn't just an excuse to stay in and skip a party on a Friday night with a few friends. Sportsfriends is the party.