Tweens and teens are highly impressionable; their worlds and views are shaped by their media consumption.

So when independent developer Pixelberry Studios set out to make a game for the teenage audience, it was mindful of the messages it was sending and the ideas it was propagating. High School Story — a role-playing game where players take on the role of a student and build their dream school — was an opportunity for the studio to have a positive impact, so that's what it set out to do.

What Pixelberry did in High School Story wasn't necessarily groundbreaking. The RPG featured a diverse cast of characters of different nationalities, cultural backgrounds and sexuality. Instead of painting the high school experience as cartoonish and students as two-dimensional, it gave the characters depth and agency. These features weren't outlandish or strange, but the impact they had was far beyond what the studio had anticipated.

"You have to have moments of levity and fun..."

"When we launched the game, we started seeing reviews where people were talking about the storyline, and we had one girl from Singapore email us and said that she'd never felt comfortable with who she was, that she felt like she didn't belong in her class, and now that she'd played out game she felt OK," said Pixelberry Studios CEO Oliver Miao. "The more we saw stories like that, the more we realized we could have an impact."

In an update released in late 2013, Pixelberry teamed up with non-profit organization Cybersmile to create a chapter on cyber bullying. The response to this was also greater than the studio expected. Miao shared anecdotes of players who were victims of school bullying who felt less alienated after playing the game. He spoke of how some players, who felt lost and helpless, were able to seek support from an adult or non-profit service like Cybersmile as a result of High School Story. The studio even received emails from players who said they'd contemplated suicide before playing the game and, because of High School Story, they sought help. According to Miao, these stories aren't uncommon. Ever since the launch of the cyber bullying update to the game, many players have reached out to the studio with their own stories of suicide attempts, and how the game gave them hope and made them feel less alone.

"[High school] is a place where people are forming their values and learning a lot about themselves and kind of evolving and transforming," Miao said. "We wanted to make sure we were putting the right values in there."

High School Story never set out to be edutainment, though. The game wasn't designed with the intention of being a tool for students. Rather, Miao said it was designed to be a game first and foremost, and the messages of diversity and acceptance were layered in. Miao said the developers struck a balance between designing a fun and engaging game while also doing the teenage experience justice by having a mix of light and dark content.

"You have to have moments of levity and fun," he said. "By having a lot of light and fun elements, when you go to something more serious, it's more impactful. Likewise, when you have a period where things are darker, you can lighten things up by throwing in a joke. Having both the highs and lows balances it out really well." 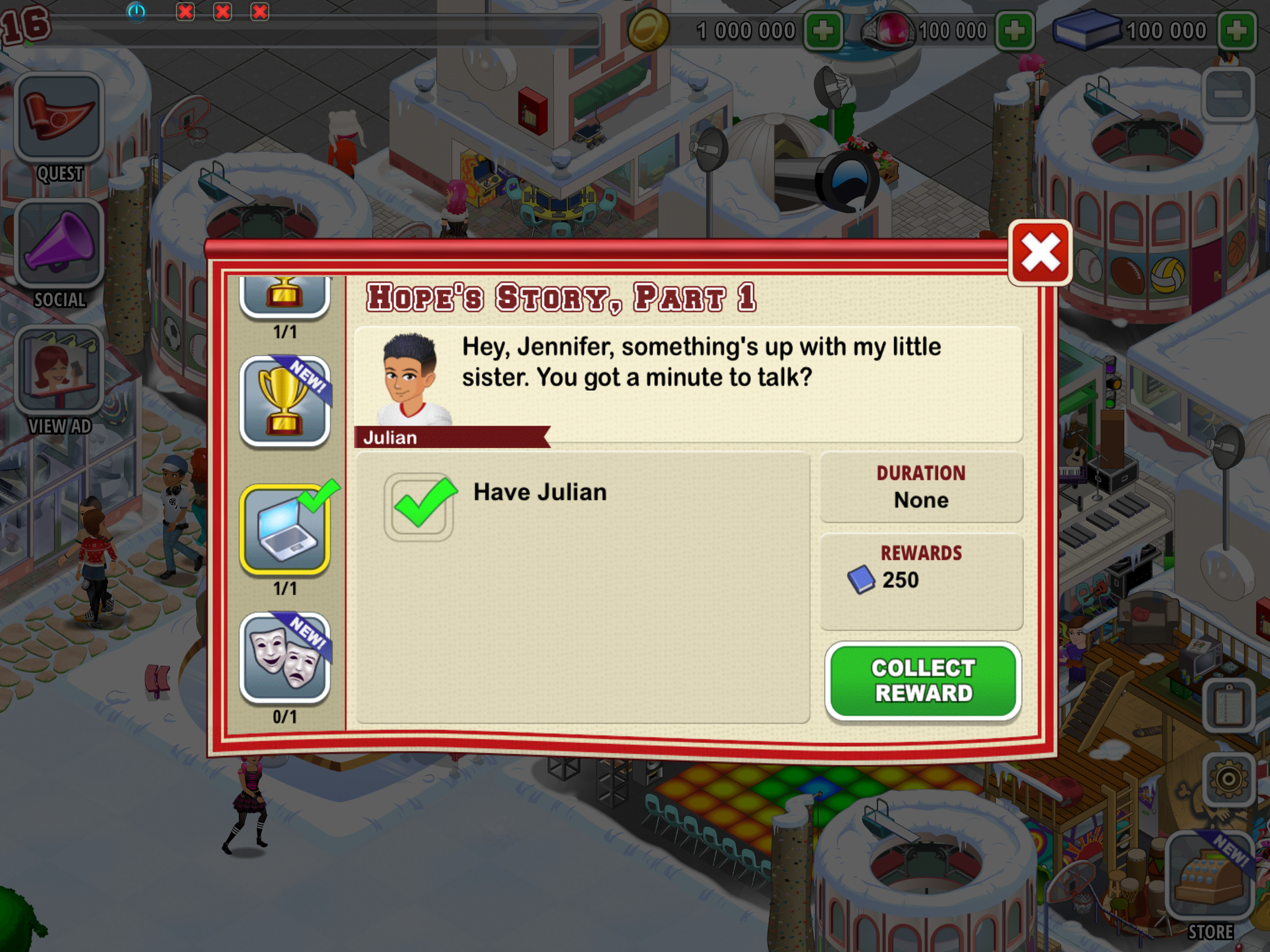 Miao told Polygon that the decision to present the darker aspects of bullying came on the advice of Cybersmile, who believed the game would benefit players by being more realistic and relatable. The studio was hesitant at first, but came to agree that it's better for players to experience both the highs and lows. To water down the subject would have done the players a disservice.

The development team also made the effort to pull apart stereotypes, creating three-dimensional characters that players could relate to. Aside from leading to more interesting characters to interact with in the game, Miao believes deconstructing stereotypes is key for players whose schoolyard environment is full of them.

"For someone who looks at the game or hears about it, they may feel like we're actually propagating stereotypes because the player's classmates are divided into cliques, like the nerds or the jocks or the preps," he said. "But what we do with those classmates is we try to give them a lot of depth."

High School Story is an exercise in empathy for players. As players interact with the seemingly stereotypical characters, they learn things about them that break down those stereotypes.

Pixelberry Studios is currently working on the game's next update, which will tackle another issue that teenagers face, although it has not yet announced what it will be about. The update is expected to launch by early June.

"[Hearing from our players] has been really energizing for the team," Miao said. "I'm hoping that as our company and other companies make these types of games, more and more game companies will consider a more integrated approach to making games, whether it's educational or to do with social issues.

"I think there's a lot of room for games to make a difference, and I hope other people do it."