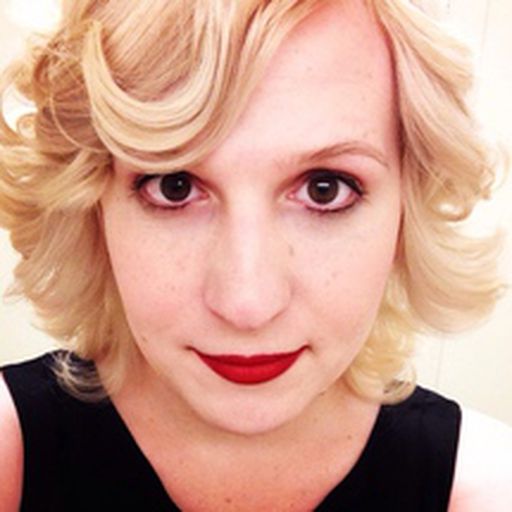 Nintendo has chosen to remain on the wrong side of history with today's statement announcing that it will not allow the inclusion of same-sex relationships in the U.S. release of the upcoming game Tomodachi Life.

"Nintendo never intended to make any form of social commentary with the launch of Tomodachi Life. The relationship options in the game represent a playful alternate world rather than a real-life simulation," the statement read. "We hope that all of our fans will see that Tomodachi Life was intended to be a whimsical and quirky game, and that we were absolutely not trying to provide social commentary."

I apply a simple principle to statements like these: The more words a company needs to use to justify its exclusionary choices, the more simple its motivations. Call it a queer version of Occam's razor. Behind all the corporate jargon and flowery public-relations language lies hatred, pure and simple.

The beating, bigoted heart of Nintendo's statement is this: Nintendo does not care about its lesbian, gay and bisexual audience. But Nintendo's LGBT audience certainly cares about Tomodachi Life. They went so far as to exploit the game's Japanese release in order to allow same-sex relationships.

A sentiment as simple as bigotry deserves a condemnation that is just as straightforward. And, indeed, Nintendo is being justly chastised for its exclusionary choice by the games press and social media at large.

Nintendo's staid commitment to cultural conservatism has always been frustratingly at odds with its creative innovation, and fans are no longer able to tolerate the dissonance between the two. Super Mario Galaxy filled me with an irrepressible sense of childlike wonder; today's statement fills me with bitterness and dread. The company that continues to change the way we play games can't seem to change the way it thinks about the people who play those games.

But there might be value in thinking like Nintendo, if only to unpack the normative assumptions behind their decision to exclude same-sex relationships from Tomodachi Life. In particular, I want to home in on three phrases used by Nintendo in today's statement: "social commentary," "playful alternate world" and "real-life simulation."

"Nintendo never intended to make any form of social commentary with the launch of Tomodachi Life."

Calling the erasure of this many people a "playful alternate world" is both offensive and scary. To position straight relationships as self-evident while sidelining the actuality of same-sex relationships as "social commentary" is one of the most transparent indicators of heteronormativity at work.

Social theorists Lauren Berlant and Michael Warner define heteronormativity as "the institutions, structures of understanding and practical orientations that make heterosexuality seem not only coherent [...] but also privileged." They add that heterosexuality is allowed to remain "unmarked," that it has an "invisible, tacit, society-founding sense of rightness."

"The relationship options in the game represent a playful alternate world..."

If Tomodachi Life presents the player with an "alternate world," then it needn't be constrained by the narrow-mindedness of the actual world. This point has been repeatedly made by feminist commentators in the science-fiction and fantasy scenes: History does not have to determine fantasy.

Queer people also know the importance of alternate worlds. Berlant and Warner observe that one of the central practices of queer life is "worldmaking": creating transient, ephemeral spaces that are kept relatively free from heteronormative influence. Gay bars, bookstores, parades: All of these are "playful alternate worlds" where queer people can be themselves. Video games are fast becoming important sites for queer worldmaking.

By constructing an "alternate world" in Tomodachi Life that explicitly prohibits all but the most normative of relationship structures, Nintendo is foreclosing the value of play and alternate forms of reality for a wide swath of gamers. Exclusion is not playful and more alternate realities should function as safe havens from the bigotry that defines our own reality, not as a way of pretending entire populations of people don't exist at all.

"...the game represent[s] a playful alternate world rather than a real-life simulation."

The irony here is that Nintendo is simulating the exclusions of "real-life" all too well. If I were to attempt to create a legally recognized same-sex relationship in Tomodachi Life, I would be met with the same response as I would from the state of Georgia: absolutely not.

Nintendo is certainly simulating real life with Tomodachi Life; they're just being selective about which aspects of real life they simulate. For my part, I won't get to experience the joy of a simulated relationship with another woman, but I will get to experience a painful simulation of my real-life inability to procure a marriage license.

Complicating Nintendo's statement is the fact that Tomodachi Life utilizes avatars called Miis that players explicitly design to resemble themselves. The appeal of the game is its approximation of a real-life living situation with whatever fantasies the player brings along for the ride.

Players don't want to choose between an "alternate world" and a "real-life" one; games like Tomodachi Life are fun precisely because they allow the player to seamlessly blend the two together.

To claim only in the face of anti-homophobic outcry that Tomodachi Life is not intended to be "a real-life simulation" shows us Nintendo at its most cowardly, denying the very premise of the game in order to justify a regressive refusal to reflect both the realities and fantasies of queer existence.

Nintendo made its choice today. And while the words in its statement distill down to the most basic form of hatred, the assumptions that inform that hatred are more troubling still. It's time for Nintendo to live up to its reputation for innovation and choose differently.

Samantha Allen writes about gender, sexuality and video games. She writes regularly for the feminist gaming blog Border House, and her work has also appeared on Jacobin, Salon, Paste, Kotaku and more. You can find her on Twitter or on her website.