It's free, as long as you make it: The new Unreal Tournament is a bit creepy, a bit brilliant

Share All sharing options for: It's free, as long as you make it: The new Unreal Tournament is a bit creepy, a bit brilliant

Whenever a company calls something “free,” that’s your cue to begin searching for how they’re defining cost and value. Nothing is free, but some things may not cost money. Such is the case with the latest iteration of the Unreal Tournament franchise.

The concept is interesting: The community and Epic will be co-developing the game as players are free to suggest features to add and even pitch in with development. Everyone will be able to throw some work in and get the game running, and it will likely be some time before anything is actually playable. The game will be free, not free to play.

You’ll be able to download it whenever it’s done and play with others. No cost. That’s the pitch. These are the bullet points they've shared in the official blog post:

"Our first development goal is to get a basic version of Unreal Tournament deathmatch up and running to provide a basis for iteration and further development," project lead Steve Polge told Polygon. "If you’re a member of the UE4 community, you can participate or just follow our progress on the live GitHub fork. You can also get started extending or modding the code as it becomes functional."

So what’s the cost? If you want to help develop the game, the cost is in time and opportunity. You’re not doing anything else when you’re pitching in to create the game, or just content for the game.

You’re adding value to a property that Epic Games owns, and you’re not getting anything in return other than practice working on what will ultimately become a game that may find a large audience. The ability to look at the code and learn from it while also participating in the creation of a game of this statue also carries value for those who seek to pitch in.

The rest of the sweat will come from the fans

The minimum viable product, for Epic Games, is truly minimum. The amount of work needed to get a few simple death match modes with levels and models will be much smaller than what it would take to create the full game. That's an obvious observation, but with fan and modder involvement Epic will likely be able to pare down the core team working on the game to the bone.

Which means Epic Games isn't out much if there is no interest in the game as the first playable versions are released and after the initial press interest blows away. They can chalk it up to a relatively inexpensive PR stunt. This isn't a huge risk, no matter what happens. The project is, after all, made up of a "small team" of UT veterans. The rest of the sweat will come from the fans.

On the flipside, let’s say that this move rekindles the public’s love for skill-based first-person shooters, and the game takes off in a major way. Suddenly they have a game that can modded into almost any direction, and a storefront where fans and modders can sell levels, mods and skins, all while Epic takes a slice off the top. 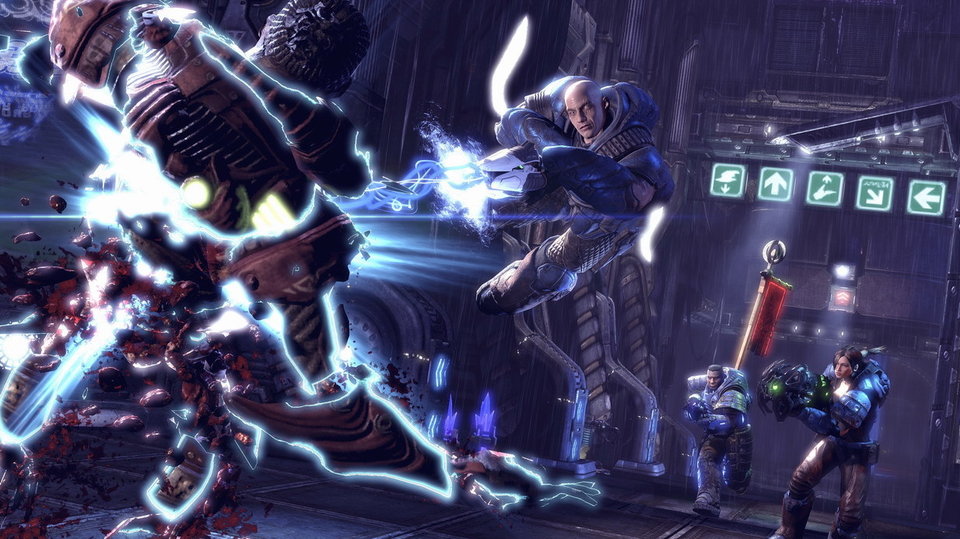 The new Unreal Tournament will be free, moddable and developed with players

This seems like a long shot in the current market, but if it pans out the game could become a license to print money, operating off the back of hardworking fans who help to put the whole thing together. It's not exploitation, but it's certainly savvy; it would be hard to find a publisher that would be interested in funding an anachronistic first-person shooter in a series that only old fogies like myself remember fondly.

This also kills the need to check all the expected boxes. People won’t get mad that the legendary map Facing Worlds isn’t included, they’ll just get to work making the map again. Everything fans want in the game will likely be in the game, at least eventually, because anyone who is dedicated enough to create content for the game is likely a diehard fan.

It’s one thing when companies ask the fans for funding, but this takes crowd sourcing a step further: No one needs to pay for the game, you just need to make it.

It's an exciting idea in some ways, it can sound a bit cynical in others, but we're here in 2014 talking about a new Unreal Tournament, and fans of nothing to lose by waiting to see how it all turns out. The video game industry is a weird place, and this is one of the more interesting experiments we've seen in such a well-known franchise.