Share All sharing options for: Criterion’s new world: How Kickstarter inspired the Burnout developer’s next game

To a close approximation, Matt Webster's face is one gigantic smile.

We're in a Starbucks down the street from the Los Angeles Convention Center, where in less than 24 hours E3 2014 will be in full swing. But that's not why the general manager of Criterion Games, the developer best known for its Burnout series of driving games, is all smiles. He's radiating good vibrations because a few hours before we met, Electronic Arts held its annual media briefing. And about half an hour into that event, Criterion's parent company unveiled the next game from the studio. Matt Webster is happy because he gets to talk about the game, its unlikely inspirations and how its nascent and fully unconventional development just might be full of enough deliberate risk to restore Criterion to its former glory.

So what is Criterion's new game? As of today, a prototype. It's a proof of concept constructed rapidly and iterated with the team of 25 developers as soon as it's been playable. It is not, in other words, quite a game yet. And introducing a model of a game-to-be to an audience of millions is emblematic of Webster's new approach to making games.

In the currently unnamed game, Criterion embraces not just cars but vehicles of all kinds. Whatever it's called — maybe it's a Burnout game, maybe not — it'll have bikes and planes and jet skis and parachutes and maybe even more. "Basically," he wrote on Twitter, "all the dangerous things."

And we know about it today, in these early stages, because of some recent changes at EA. And also Kickstarter.

"We've got a concept, we've got ideas," Webster told Polygon about the game's scope. "We've got a feature set that we think we want to build. We're not talking about those now, but we just wanted to outline, 'Hey, do you know what? In a new world of making games, which we are in, whether it be Kickstarter or independents or whatever. We should be taking about games way earlier than we ever [did] before.'

"We've been saying this for a number of years. Now it's actually happening, and that's really exciting."

To understand how different this game is, you need to understand Criterion Games and how different it is, too. Created in the late 90s, the studio created the Burnout series of racing games. First published at Acclaim Entertainment and later at Electronic Arts, Burnout games distinguished themselves with their over-the-top, destructive action. Unlike franchises like Gran Turismo or Forza Motorsport, Burnout games weren't about tracks or clocking the best lap time. They were about high speed, deliberately destructive driving, immortalized by crumpled cars tumbling in slow-motion replays.

The last proper game in the series, Burnout Paradise, was released in 2008 for PlayStation 3, Xbox 360 and the following year for Windows PC. Aside from the downloadable spinoff Burnout In the ensuing six years, the Guildford, U.K. studio has largely spent its development efforts on EA's other racing franchise, Need for Speed. For a long time, in other words, the question has been: Where did Burnout go? Then, last year, the mystery deepened.

In September 2013, Criterion lost most of its employees to Ghost Games, a new EA studio focused on racing titles. At the time, Criterion's Alexander Ward said on Twitter that the team was down to 16 employees. By early January 2014, EA confirmed to Polygon that the studio's co-founders, Alex Ward and Fiona Sperry, had departed the studio. The following month, multiple sources told Polygon that more layoffs hit Criterion and an unannounced Need for Speed title had been put on hold. The future of Criterion was unclear.

So today's announcement was, from a certain point of view, a statement from a troubled studio. Criterion Games is back and working on something new and different. But why now? Why show an unfinished game without a title in such an early stage of development? Because people wanted to know what's going on with Criterion games, and who says they should have to wait to find out?

"I think people want to know and there's no reason why they shouldn't, and, if you think back to, a lot of this is probably informed with what we did in 2008 and 2009 with Paradise," he said. "We had a blast doing that, and I just think now that's where the world is.

"Tom Cruise was talking about Top Gun 2 the other day. Why should it be different for games?"

"I don't know whether we were the forerunners of stuff like that or whatever or we were just taking risks in a world that we didn't know whether people were interested or not. But people are interested, and I guess — we're in Hollywood [where] you know what's on Warner Bros.' slate for the next four years, really five years. Directors are attached and you've got a general idea. Tom Cruise was talking about Top Gun 2 the other day. Why should it be different for games? Because people want to know and we would like to talk to people about it. So now we're actually getting the chance to do so."

According to Webster, the rather unconventional reveal wasn't a difficult deal to sell at EA — though he admits that he was plagued with a nagging (and ultimately unfounded) feeling that it might not make it into EA's E3 showcase. That it did is due to some recent changes at the company.

"No, remarkably," he said when asked if it was tough to convince EA to show the game early. "And, no I think if that, if there ever was a measure of how the company has changed in the last year, this is it."

The shift inside of EA began last September when Andrew Wilson became CEO. Then Patrick Soderlund, who used to be EA's Executive Vice President of Labels became the EVP of EA Studios. The title change was more than symbolic. It reflected an underlying structural shift within EA. Whereas once the company was segmented into Labels, the new Studio system is a reflection of a belief that EA's worldwide network of studios should collaborate regularly. According to Webster, the studios are "now more connected than ever before," and there's no reason that developers who make a racing game can't learn from developers who make sports games.

Webster said that Criterion wanted to go "beyond cars for a long time," but it wasn't until the last six or eight months that the studio found its footing inside of a transformed EA that's willing to talk about ideas like that.

With that newfound confidence, Criterion began creating the game unveiled at E3 2014. And then recreating it. And then doing it again. 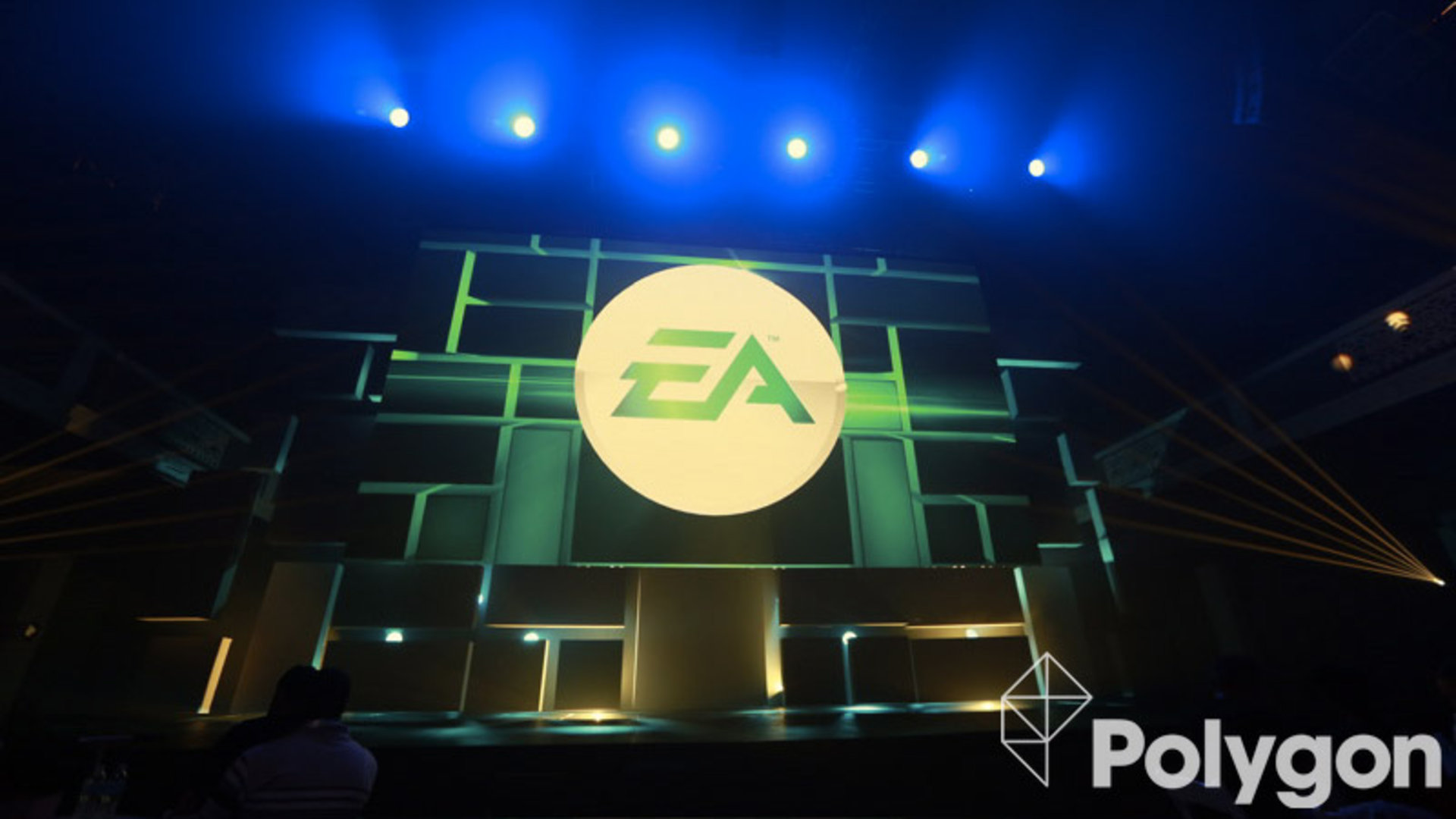 "We went game first, like prototype, and ideas about prototyping are build fast, play it, ask yourself is it more fun, change one or three things and build again," he said. "And do that lightning fast, and that allows you to just play the game, and through that process, you're able to talk about the game, and you can narrow it down. You can fail a lot faster, you can still go down a few rabbit holes, but you generally get out of them quicker, and I think just now that our way, different way they're working, different people are making games, I look at Kickstarter, that's the way people are engaging early and are trying to show gameplay. Now, we've got a major publisher doing it.

If he has his way, Webster said he'll continue to keep showing the game as it develops. He wants people to get their hands on it, to offer feedback and maybe even shape it's development because they offer a perspective that the people creating a game often lack.

"People who like our games," he said. "Tell us what you think. I don't know. We should feel more comfortable getting press or public's views about our games way earlier than we've normally done."

"It has to be for people who like Criterion first because they're interested, and it's also, I don't know, maybe for people who don't even know who we are, of which I'm sure there are many millions," Webster said.

After the turmoil, the developers at Criterion are OK with not quite knowing everything and figuring it out as they go. Apparently, so is EA. Now the question is whether driving game fans will respond to the new way things work in Guildford.

"Could they look at that game and think, 'I want to play that, and I don't even know what it is?,'" he asked. "Because if the answer's yes, which I think that a lot of people would, irrespective of the preconceptions people might come with, [say], 'I want to play that, and I didn't even know I wanted to play it.' That's something that's pretty powerful.

"Yeah, we're having this conversation, so like I said, I still figured something was gonna say, right up to the last minute, 'No, not quite ready for that,' but the fact that we can have this conversation is awesome. It's really exciting."