A rat in the mouth, a pull of the hair, a trip through the bizarre world of D4

A rat in the mouth, a pull of the hair, a trip through the bizarre world of D4

Share All sharing options for: A rat in the mouth, a pull of the hair, a trip through the bizarre world of D4

Before I talk about the beginning of the D4 demo at E3, about the middle and the bizarre pull it displays in a way that only creative director Swery seems able to manage, I need to talk about the end.

The last thing I did in the brief D4 demo at Microsoft's Xbox showcase at this year's E3 was grab a woman in a sexy costume by her hair and pull her off of a table. This isn't the emotional exaggeration it might be in other games, as D4 is an Xbox One exclusive Kinect title. I literally reached forward with my right arm, closed my fist, and pulled back. I did this because I was instructed to.

Ten minutes earlier, "I" woke up as David, a former Boston police detective with a recently murdered and pregnant wife — so, off to a disappointingly cliché'd start. I get the influences that D4 wears so clearly on its sleeve. The noir is practically dripping off of every surface. You have the dead wife, the disgraced detective who pulls double duty as the physically damaged protagonist, and all rolled in with broken-but-uniquely-qualified archetype of so much noir/detective fiction.

David was shot, left with a bullet in his brain and what seems to be a developing case of agoraphobia, but along with the bullet comes a gift: David can scrutinize objects for clues about their owners by touching them and traveling into the past via the owner's memories. David is using this power to search for his wife's killer. 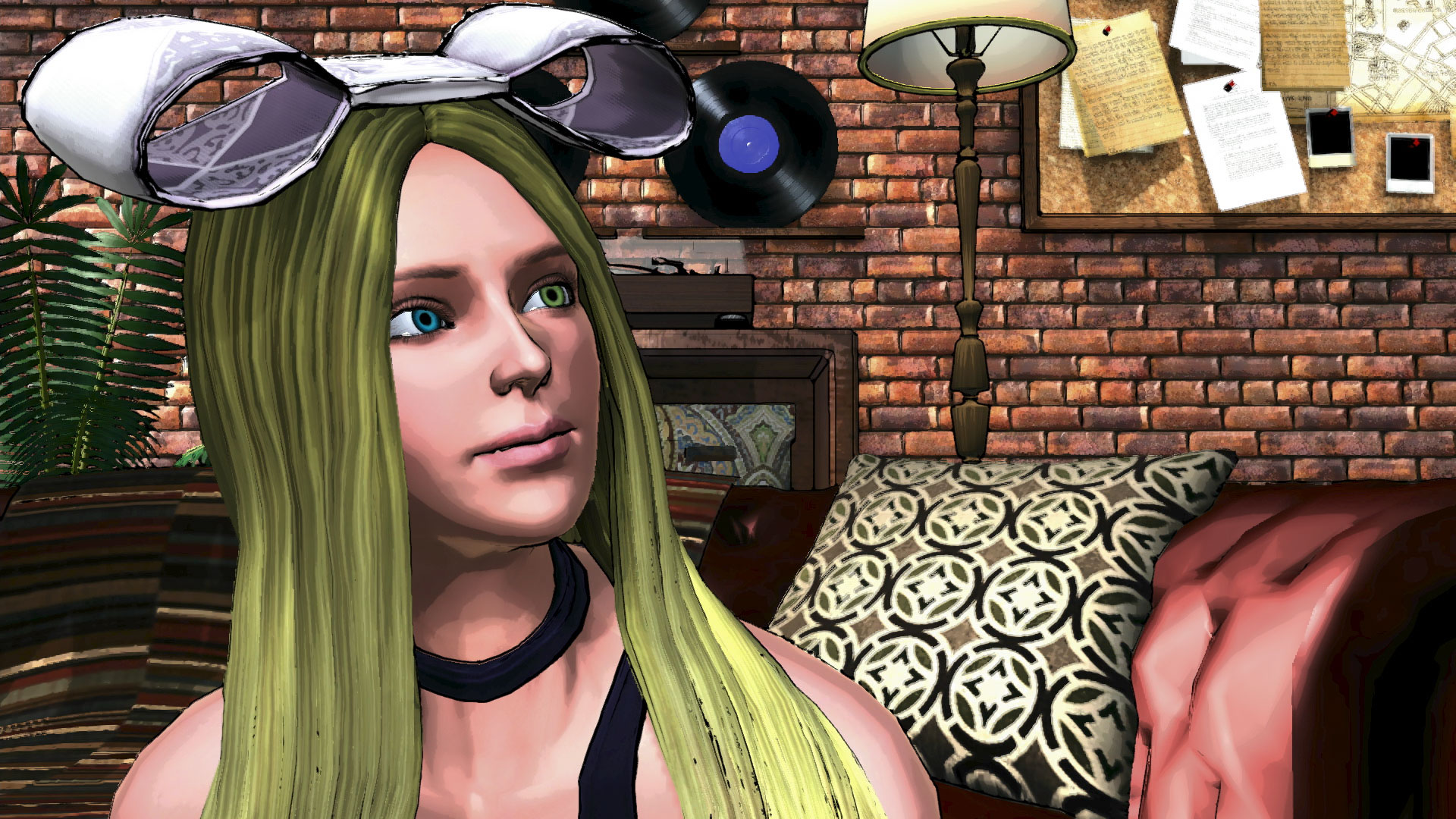 My demo of D4 was entirely Kinect-driven. I leaned left and right to look at myself in a mirror, reached out and grabbed at specific objects to activate them and, usually, a short narrative sequence (you can also shove, which I used to push a squirrel off a window sill, but I digress). These narrative bits were full of weird, Lynchian timing and character monologues, as well as appearances by the ghostly memories of David's wife, who he refers to as "Young Peggy."

Did I mention that D4 is weird?

That weirdness forms a strange mix with its genuinely interesting premise and motion controls. Physical interaction with the world creates this more intense connection to it, even when it quirks out and misfires occasionally. To knock back tequila as David, to slam it back down before reviewing your wife's case file is ... singular. Which is what I imagine so many passionate Deadly Premonition fans were hoping for when D4 was announced last year.

I didn't care much for Deadly Premonition, but I found myself settling into D4 in my brief time with it. The problem: the slice I played stepped into less fun, less interesting territory in its treatment of women, which was a particular problem given that the only characters described other than David were three separate women — a drug-dealing prostitute whose shoe I began the demo holding, Peggy, and the mysterious Amanda.

The demo ended with a banging at the door. Opening it, I was attacked by a scantily-clad woman acting like a feral cat, complete with live rat hanging from her mouth. This was Amanda. Using motion control to fend her off, I grew increasingly uncomfortable, until, well. We talked about the end back there, at the beginning.

I won't say that this is the straw that broke the camel's back, since there were both a number of related straws and conversely deeply involving bits of storytelling and character to be found in the 10 minutes I squeezed from D4. But it did color my impressions. And I hope that there's more to be found in the game than noir tropes and noir treatment of women.

You can learn more about D4 with our TGS 2013 impressions.

HBO renews The Last of Us for a second season

The Kaguya-sama: Love Is War movie trailer reveals what happened after THAT kiss