Nintendo: Wii U won't get Twitch gameplay streaming because it's not fun to watch

Share All sharing options for: Nintendo: Wii U won't get Twitch gameplay streaming because it's not fun to watch

The ability to stream video of live gameplay straight from a console through a streaming service like Twitch has become an important, identifying part of next-gen gaming.

The Twitch service was so popular on the PlayStation 4 that Sony struggled to keep the console's peripheral cameras, which can be used in a stream, in stock. Microsoft's take on Twitch streaming, which arrived months later, was timed to hit with the launch of the console's biggest hit so far: Titanfall.

But Nintendo has remained oddly absent from the gameplay streaming conversation, not offering any word on a service for its console or whether one would ever come.

This week, Nintendo of America president Reggie Fils-Aime told Polygon that any decision on a streaming service would be driven by the company's philosophical approach to all of its content: It has to be fun. And, from Nintendo's perspective, streaming live gameplay just isn't.

"We don't think streaming 30 minutes of gameplay by itself is a lot of fun," Fils-Aime said in answer to my question about whether Twitch could come to the Wii U.

And it's not a Twitch thing, he pointed out. Fils-Aime said that Nintendo has a great relationship with Twitch.

"We're looking to do a lot of great things with Twitch," he said. "The Nintendo Treehouse Live at E3 that we're executing through Twitch is doing fantastic numbers. 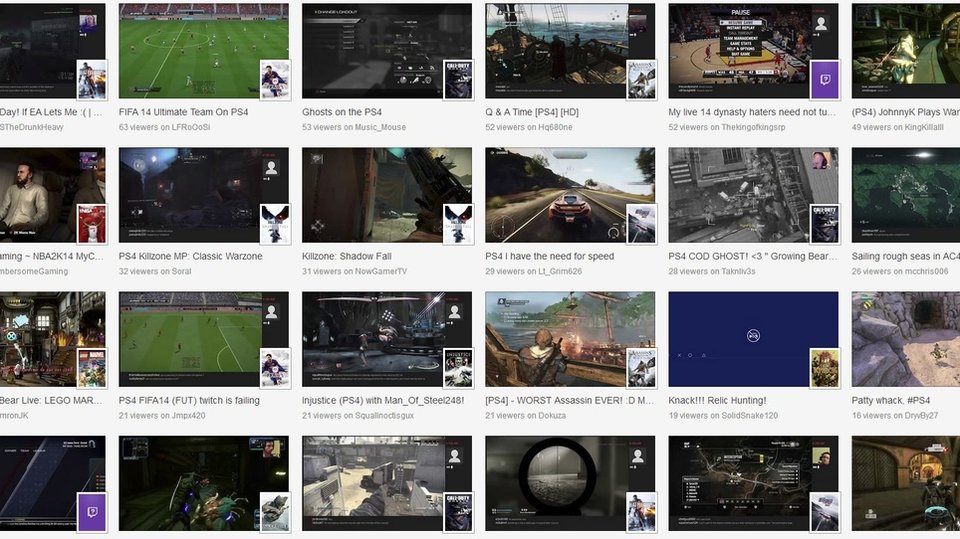 The revolution will be livestreamed

Putting Nintendo videos on the internet can result in fun content, Fils-Aime said, but it needs to be more focused, curated.

As an example, he pointed to Mario Kart 8's inclusion of Mario Kart TV, which lets players view replays of their races and then create a highlight reel which can be uploaded to YouTube.

"Kart is fun because its a highlight of the race," he said. "You can make some choices as to what parts are going to be shared. We think that makes it interesting, and obviously the meme of the Luigi death stare is wonderful when that comes out of that type of experience. But in the end we've got to make sure that it's fun."

Nintendo's view of Twitch live streaming is driven by a belief that gamers are using the service to look for tips and how to improve their capabilities, he said.

"So for us, what we're doing at the Nokia theater with the Smash Invitational, we loved that streamed because that's where you are able to see how these players perform, the moves they make, you can learn something," he said. "That has value to us. And you can expect us to do more of that type of activity, highlighting our games and providing a forum for players to learn how to play better.

"But that's different than watching Joe Blow's 30 minute stream, which may or may not have something that's all that interesting."

"In terms of content, Nintendo is a great partner who uses Twitch heavily," the spokesperson said, "including broadcasting their Nintendo Digital Event and the Super Smash Bros Invitational on our platform and we look forward to continue to work closely with them on their streaming initiatives."

"That's different than watching Joe Blow's 30 minute stream, which may or may not have something that's all that interesting."

Nintendo's take on Twitch comes at an interesting time for the company.

Recently, the company announced that it would be coming up with an affiliate program designed to create a system where video bloggers can work with Nintendo to create content that won't by viewed as copyright infringement.

"What we hope is that that's going to lead to even better content and even better monetization opportunities for the YouTube vlogger," he said. "We are going to formalize a program and we'll announce it to the YouTube video community.

"Look, in the end, what we want is we want more content like what we're able to do with the Mega64 guys. We gave them access to information, access to our executives, access to our building with the goal of creating something fun and watchable. That video was a lot of fun and it's been watched north of a million types. That's the type of stuff we want to work with the video blogging community to create."

Do concerns over the ability to monetize content that uses Nintendo properties enter into Nintendo's decision to not bring Twitch gameplay video streaming to the Wii U, I asked.

"The Twitch conversation is a completely different conversation. We want to do stuff that's going to be fun and going to be watchable," he said. "Nintendo Treehouse Live at E3 is fun and watchable. Thats the stuff we would like to continue doing with an entity like Twitch. YouTube and that content monetization is a different animal."