Adrift is an argument for virtual reality.

Set in the hollow vacuum of space that obliterates your preconceptions about freedom of movement, Adrift is a quintessential zero gravity VR playground. It also leaves an impression, despite not having any appreciable objective beyond opening a single door and drifting out into the abyss.

"This is just to have your mind blown in space," co-creator Adam Orth told Polygon before a demo at E3 2014.

The version of Orth's space simulation game we saw through an Oculus Rift HD is made in Unity. The final game will be made in Unreal Engine 4. What we played had no story and no real gameplay. It was a proof of concept. But the Adrift we inhabited was enough to convince 505 Games to publish the game, and it's not difficult to understand why.

I strapped on the Oculus Rift, a pair of headphones and grabbed an Xbox 360 controller, and I was in space, floating among the wreckage of what looks like it was once a space station. Where I looked, I moved by pushing the left stick. So I moved toward earth, which loomed outside a hole in the wreckage of the module that surrounded me.

I floated as far as I could and started admiring earth from orbit. Then, for no apparent reason, I looked down where my feet should have been, planted on the ground. Instead, I saw infinite space. Here in the real world, I nearly fell over. I may have said, "Holy shit."

Adrift is also a metaphor.

Orth and Omar Aziz assembled a team of seven — plus a couple of artists formerly of Irrational Games for contract work — at Three One Zero games to create an experience that tells the story of Orth's real-life drama, which began with a tweet about always-on consoles and ended when he lost his producer job at Microsoft. These days, he's on his own and seems happy.

"I'm really proud that I get to make a game about what happened to me last year," he said. "I'm really excited to do a different game like that."

According to Orth, virtual reality offers players something more traditional game sometimes struggle with: An emotional experience. Combined with the loneliness of space, that technology makes VR an appropriate medium to deliver the story he wants to tell, even if he doesn't entirely understand why it works so well. 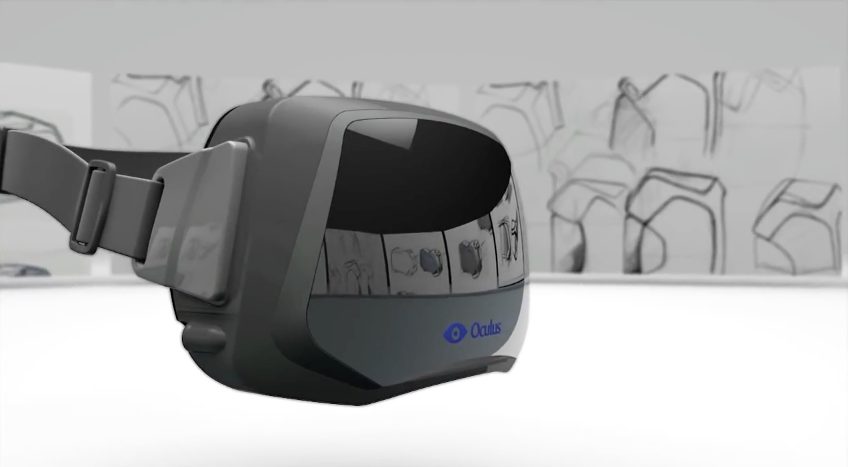 "As [a] game designer, I've spent a lot of time either systemically or with set-ups trying to make those moments, and they're hard to do," he said. "We're getting it for free here. Getting people to feel from something happens in video games, but this is like … I'm still having a hard time putting my words around what it actually is."

Even in its most rudimentary form, Adrift leaves an impression. It's easy to see how to solitude of space, floating among debris, powered by virtual reality could be a game about a disaster — both above and below our pale blue dot.

It was a demo. I have no idea how the story will play out. All I know is that I want to play it. And next time, I probably won't almost fall down.

"It's a pretty obvious metaphor," Orth said. "The 1 [in the game's stylized ADR1FT spelling] is meaningful. I woke up one morning last year, and my whole life was destroyed. But this whole game is about action, consequence and redemption.

"That's what this is about."