Why Star Citizen may never truly be complete

Share All sharing options for: Why Star Citizen may never truly be complete

Star Citizen is a pretty damn ambitious project, and creator Chris Roberts is the first person to admit that.

The crowdfunded space sim aims to offer players exploration, combat and deep customization in an online world that is constantly growing, thanks to millions of dollars of player investment. But despite the game's preemptive monetary success — it's already raised around $46 million in crowdfunding — Roberts may never feel that he's truly done with his universe.

"I can see this world in my head, and I really want to adventure around it," Roberts told Polygon during an interview at E3 2014. "I can see the possibilities. Once the bare bones are there, I can see how you're going to pivot off what other people do."

Star Citizen is still about 18 months or more away from achieving launch on its most basic functions, to say nothing of its additional features. Roberts estimates that to add in everything in that's currently promised, it will take a few more years.

"The difference is that on something like World of Warcraft, they don't really say what their plan is on the next expansion," Roberts said. "We can say OK, we're going to invest some money in procedural generation stuff because we think that's cool. We're not going to promise it for day one, but now we've raised enough money that we can spend some money for some programmers to go take a look at it."

The goal, he continued, is to keep content fresh with updates every few weeks. Star Citizen players should never feel like their world is static. Part of this will include allowing players to generate much of that content themselves, like in Eve Online, rather than with loads of scripted content.

"It's like a sandbox for everybody," Roberts said, "and occasionally you'll sprinkle in little bits of scripted content to give a bit of character, but you're letting a lot of the players generate the intrigue and the drama. They're always much quicker than you are."

Star Citizen's copious funds have allowed Roberts to plan for a phenomenal amount of content in the form of new ships, better skills, additional systems and much more. Every extra dollar is poured into the game's new features, he said, but doesn't guarantee it will be included at the game's launch.

"I just want to build the coolest, biggest universe possible."

"Because we've been lucky enough to have such a great response, a lot of that stuff that I thought I would have to do later, I can sort of say well we are going to do this now," Roberts said. "That just doesn't mean we're going to do it tomorrow."

Roberts compared the team's success with raising money with the team leveling up. They continue to post updates because backers specifically request them, and it's become sort of like a game for them, he said.

But the "plucky little upstart" that Cloud Imperium once was becomes more a thing of the past as backers grow. The company becomes more of a target and more likely to be criticized for the way it's developing its game.

"I think as the number gets bigger, you're going to get more flack," the developer said. "You should be celebrating the fact that you want to see this many people that want to see this kind of game. There's no way in hell this publisher would be investing $45 million dollars into a space game on a PC. It would never happen. But the gamers said they wanted to have it happen. You can be cynical, but in some ways for us, that's what they wanted and that's what we're doing." 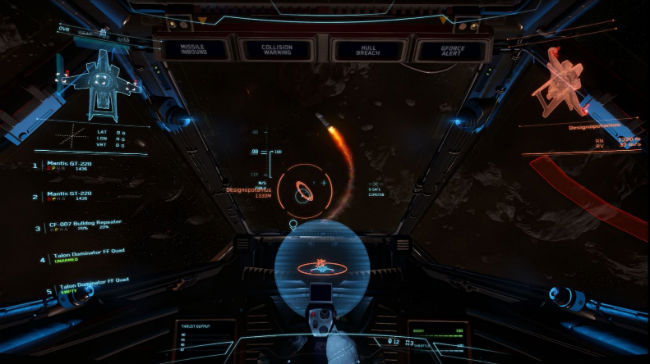 Although Roberts previously said the Star Citizen team will continue to expand as needed, he imagines there will be a cap at some point to maintain efficiency in-house. The dev team currently sits around 268 people, but it's hard for Roberts to imagine what that stopping point will be.

"I just want to build the coolest, biggest universe possible," Roberts said. "I'm quite happy if I get more money, because I can put another ship in, or another system."