Share All sharing options for: CEO Julie Uhrman talks about the future of Ouya and new exclusive game

At this year’s E3 Julie Uhrman said that her team at Ouya is working to create a family-like atmosphere, one that supports new developers and helps get their games onto “the best screen in our lives — the television.”

Uhrman’s staff of 28 is still largely focused on engineering and technology, but the second largest team, headed by Kellee Santiago formerly of Thatgamecompany, is dedicated to developer support.

"The initial launch of Ouya," Uhrman said, "was focused on newcomers to the independent development scene. What we’ve really been focused on for the last three to six months is extending the platform to up and coming, new developers.

Her developer relations team actually offers technical assistance in 12 third-party game making technologies, and regularly gives personal attention to those developing for the Ouya platform. That level of attention has been the secret to building up a stable of 825 games and a community of 36,000 developers. 54 percent of them live outside the United States.

"Close to 1,000 developers sign up every month," she said. "The breadth and type of content continues to expand."

In its current state, Uhrman said that the Ouya is an international platform. So far it’s been successfully launched in Western Europe and Brazil, and game creators are noticing changes in the community of players. One reports that he has had players download and play his game from 55 countries.

"We’ve seen the average value per game almost double since we launched," Uhrman said. "The average user is downloading twice as many games as they did initially. Engagement is incredibly strong and continues to grow month over month. As we continue to add more users to the pipe, we’re still holding onto them longer. So we’re actually pretty thrilled."

Retail partners Amazon and Target continue to be the biggest driver, and Ouya has plans to expand its sales channels before the holiday season. Uhrman said that the next phase of Ouya’s expansion is to embed the platform in other devices that are connected to both the internet and the living room TV. Soon players will be able to download and play games on the Mad Catz Mojo device as well and the Nanotech Nuvola NP-1.

Above all else, Uhrman wants her developers to succeed. The success of Towerfall on the PC and PlayStation 4 is a success for Ouya as well.

"Some of our developers have gone on to other platforms and seen great success," she said. "We think that’s a huge win. We help them refine their game, find their audience and community, and then they can continue to grow with that community to other platforms. It’s a gigantic win."

Ouya brought along to E3 Miguel Oliveira, a recent graduate of USC’s interactive media program. Kellee Santiago plucked him and his senior thesis, a game named Thralled, right out of school and set him up with enough money to support his small company. That relationship, tied to a timed exclusivity on the Ouya console, is what is allowing him to make the game he’s always dreamed of making. 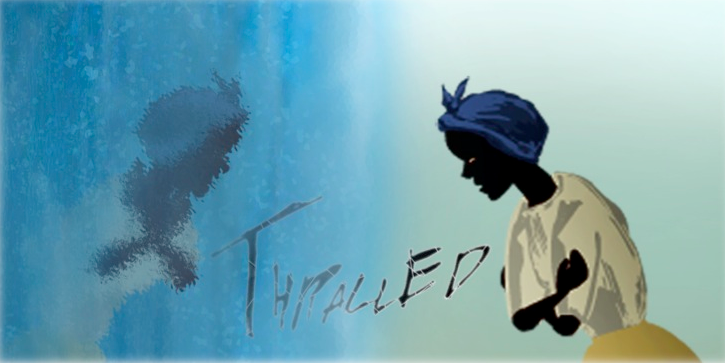 Thralled is a game that explores the Portuguese slave trade in Brazil. Players take the role of a young mother, wandering through the jungles of the Congo trying to protect her child from mysterious specters. The only control given to players in the puzzle platformer is a single button which alternately comforts the swaddled baby, drawing it in an embrace, and interacts with the environment.

"I’ve always wanted to tell stories through this medium and really explore the possibilities of it," Oliveira said. "I think that they are endless really, because the way you express yourself through interactive media has a potential for intimacy that perhaps is different from other media."

"This medium is really young, and I feel hasn’t been pushed enough."

League of Legends’ next Void champion gets a terrifying teaser