Mario's creator is fighting for the heart of the Wii U, but it might be too late

Share All sharing options for: Mario's creator is fighting for the heart of the Wii U, but it might be too late

It's been more than one year, a very rocky year, since I sat down with Nintendo's Shigeru Miyamoto to discuss the future of the company he helped shape with creations like Mario, Donkey Kong, Zelda and Star Fox.

There was an awkward moment in the beginning of that spring 2013 interview when I suddenly realized that I didn't know the official title for Miyamoto, a man who I've interviewed countless times and perhaps the most recognizable game maker in the world. That moment became more awkward when it became apparent that Miyamoto didn't really know his own title either.

I suppose officially he has one, something like senior game developer, but unofficially he is the soul of the beloved company, its smiling face, its heart.

And that was never more apparent in that spring meeting then when I asked Miyamoto about the lethargic sales of the Wii U. It was obvious it was a point of personal pride, hurt pride, that it wasn't doing better. And he knew it could, that if people could just understand the innovative power of the Wii U and its GamePad, they'd come flocking to Nintendo's console.

The key to reinvigorating the system's sales, he told me at the time, was showing people why they needed a console with that GamePad, a controller that sports its own motion-tracking, touchscreen.

"We're really focused on delivering content that takes advantage of that GamePad interaction and makes that second screen something that's very meaningful and so that's where we need to put our focus," he said at the time.

And it was at this year's E3, about 15 months later, that we're seeing the fruits of that labor.

Most of the Wii U games announced at E3 this year depend heavily on the GamePad to work. That's more than half-a-dozen games you could only play on the Wii U thanks to the GamePad.

The amiibo (2014) are a new set of colorful toys which when touched to the Wii U GamePad will appear as characters in a selection of games. They announced Mario Maker (2015), a title inspired by the GamePad which allows players to build their own classic Mario levels with the controller's touch screen. Then there's Kirby and the Rainbow Curse (2015), a game that has to be played watching the GamePad, but provides beautiful gameplay on the television for others to watch. Captain Toad: Treasure Tracker (2014) uses the GamePad to manipulate platforms and aim in the puzzle platformer. Splatoon (2015), an entirely new family-friendly shooter from Nintendo, uses the GamePad to show a live map that tracks where everyone is and how well each team is doing.

Miyamoto himself announced a new Star Fox title designed to showcase the GamePad. And it was just one of three GamePad-centric titles he's working on.

The perfect storm of game launches.

If you are the type to assign winners and losers to E3, Nintendo would be this year's winner. They announced a sweeping set of new games, all focused on delivering experiences you couldn't get on other platforms, nearly all created either in-house or published by Nintendo. Too bad more of them aren't coming this year.

That's because this year feels like Nintendo's last stand for the Wii U and the company isn't going to let their console wither on the vine without one last massive push.

Even though few of the E3 titles hit this year, Nintendo does have two mammoth hits they believe will push them through the holidays: Mario Kart 8 released last month and Nintendo says Super Smash Bros for Wii U will be out in time for the holidays. 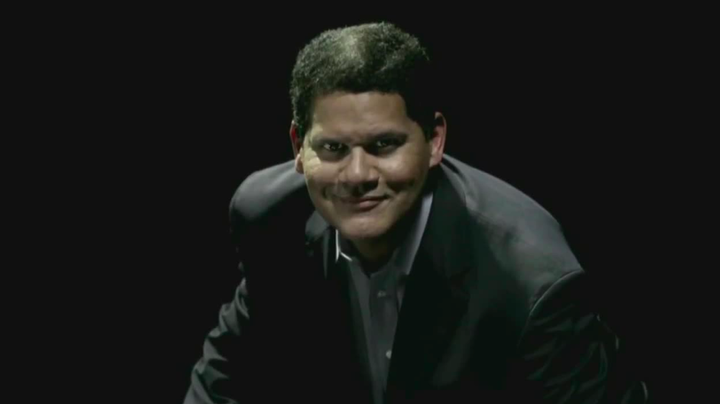 The Wii U could take off and compete with Sony and Microsoft ... in 2015

Nintendo of America president Reggie Fils-Aime agreed with me when I called this coming holiday, and its twin mega franchises, the company's perfect storm of game launches. And it's apparent they need one.

The day before E3 kicked off, the president of Ubisoft told me that they were sitting on completely finished new games for the Wii U that they currently had no intention of releasing. That's because, Yves Guillemot said, they didn't want to spend the money to publish and market them, not until there were more Wii U consoles on the market to make it worth while. It would be essentially like throwing good money after bad.

Fils-Aime said he understands it's Nintendo's job to create a market in which people can make Wii U games and release them for a profit.

And that's where, it seems, Miyamoto comes in. If anyone can turn the Wii U around, give it the boost it needs to pull it from a vicious cycle of few third-party games and low console sales, it's the man who brought us the most iconic video game characters in history.

The problem is one of timing though. Whether Miyamoto can reinvigorate a half-step-forward console lost in the doldrums found between console generations is almost beside the point. What matters is whether he can do it when it matters, which is right now.