Study says women gamers are more accepted when playing nice; opposite is true for men

Share All sharing options for: Study says women gamers are more accepted when playing nice; opposite is true for men

Aggressive men who play online shooting games are more likely to be accepted as friends, than men who are passive and polite. The opposite is true for women gamers.

The study was conducted by researchers at Virginia Tech, Ohio State and Pennsylvania State Universities and is part of the Computers in Human Behavior series of research papers.

During the field experiment, the researchers played Call of Duty: Modern Warfare 3 online on PlayStation 3. They created user accounts with clear gendered names, and then played either aggressively, or passively / positively, before sending out friend requests. 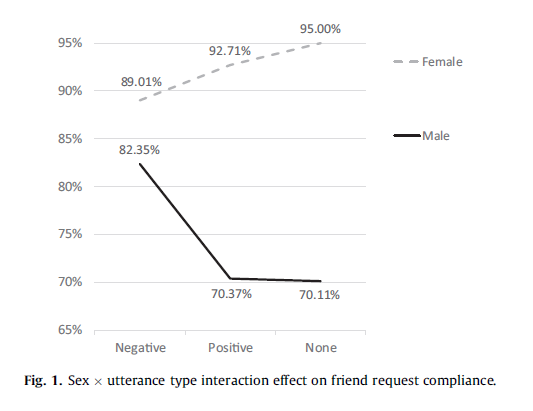 "Sex role stereotyping by players in first-person shooter games and other online gaming environments may encourage a social environment that marginalizes and alienates female players. The anonymity of online games may engender endorsement of group-consistent attitudes and amplification of social stereotyping."

Polygon has contacted the researchers for more information.